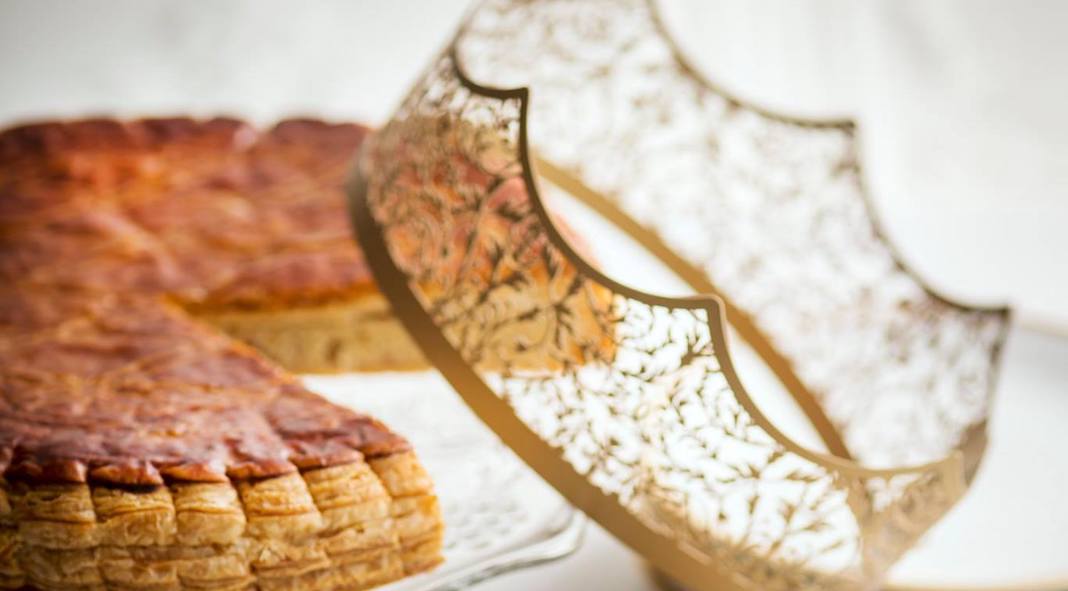 Where to Get Galette des Rois in London 2020

A French tradition dating back to the 14th century, galette des rois has now become a moment for friends and family to share a dessert and moment that delights both young and old alike. However, while it may seem difficult to simultaneously please lovers of frangipane (almond cream) and brioche couronnes all at once, all parties will agree that the most important thing is to have something ready for the first Sunday in January. Here’s a selection of our favorite places to get galette des rois in London.

Following tradition, Belle Époque has relied on the sure value of a good frangipane galette from £14.95 (serves 4).
— Several addresses, including: 262 Upper Street, London N1 2UQ

A classic recipe with an especially crisp crust, Dominique Ansel Bakery sells a galette that’s scored on top to resemble a crown. It comes with a paper crown and fève to hide inside. Get a galette serving 6-8 (£30) or individual slices (£6) until January 26.
— 17-21 Elizabeth St, Belgravia, London SW1W 9RP

The bakery chain Paul also participates in the tradition with a frangipane whose inside is filled with an almond cream. It’s £18.95 for one galette (serves 8).
— Several addresses, including: 134 King’s Road, London SW3 4XB

The seller of premium teas Mariage Frères offers the choice between a white almond or a tea-infused puff pastry, each for £48 (serves 8).
— Several addresses, including: 38 King Street, London WC2E 8JS

To make sure you have plenty of time to enjoy in the tradition, perhaps multiple times over, Maison Puget will be selling its galettes starting on Friday, December 27, 2019. On the menu, there’s traditional frangipane but an apple version (only available by pre-order) in individual sizes (£3.50) or for 8 people (£36).
— 148 Portobello Road, London W11 2DZ

The traditional pastry shop run by the Frenchwoman Sophie Gendarme offers three galettes. A frangipane with almond cream (£20) and a Bordeaux brioche — or couronne des rois — with or without fruits confis (£16-£18 depending on the fruits confis).
— 25 Heathman’s Road, London SW6 4TJ

From January 1 to 19, 2020, the prestigious Parisian brand is offering a crisp puff pastry filled with almond cream and sprinkled with almond pieces. Its price ranges from £11.80 to £44 depending on the size chosen.
— Several addresses, including: 1 The Market, London WC2E 8RA

Notice to purists, the Boulangerie Jade is departing from the classic frangipane of half pastry cream, half almond cream, for a  puff pastry containing an almond cream soaked in rum.
— Several addresses, including: 79 Lauriston Road, London, E9 7HJ