Every year, the famous lavender fields of the South of France erupt into riots of color as mile-long caterpillars of lavande blooms trace paths through Provence from June into early August.

The best way to catch all of these sites, as with anywhere in southern France, is by car. Grab a rental and a map and enjoy the most scenic drive of your life. And Provence’s tourism department has just made it even easier by drawing up this map of how to get from one destination to the next.

This unusual museum was founded by the Lincelé family in 1992 to celebrate the region’s rich history and its relationship with the wild blue blooming fields. Family patriarch George Lincelé was even named the Chevalier de la Commanderie de la Lavande de Haute-Provence in 1993 for his exceptional work in the region. A calendar of seasonal events ensures that the museum is open almost year-round, from February through December, with Easter egg hunts in the spring, traditional distillation demonstrations in the summer, and something called “La Purple Week” in November. – 276 Route de Gordes, 84220 Cabrières-d’Avignon (30min from Avignon)

This small town celebrates the arrival of August, the lavender harvest month, with a five-day festival and a parade called the Corso de la Lavande, which takes place the first weekend of the month. The festival originated in the 1920s as a fair for distillers and growers to hawk their wares after the harvest and attract perfumers to purchase their products. – Digne-les-Bains (1h45 from Avignon)

One of the oldest lavender distilleries in France, the Distillerie des Agnels has been farming and producing quality lavender since 1895. The fine purple flowers are used to make soaps, perfumes, essential oils, bath salts, and more, and you can buy these products in bulk at Agnels. You can also take a guided tour of the distillery for only 6€. – Route de Buoux, 84400 Les Agnels, Apt (1hr from Avignon) 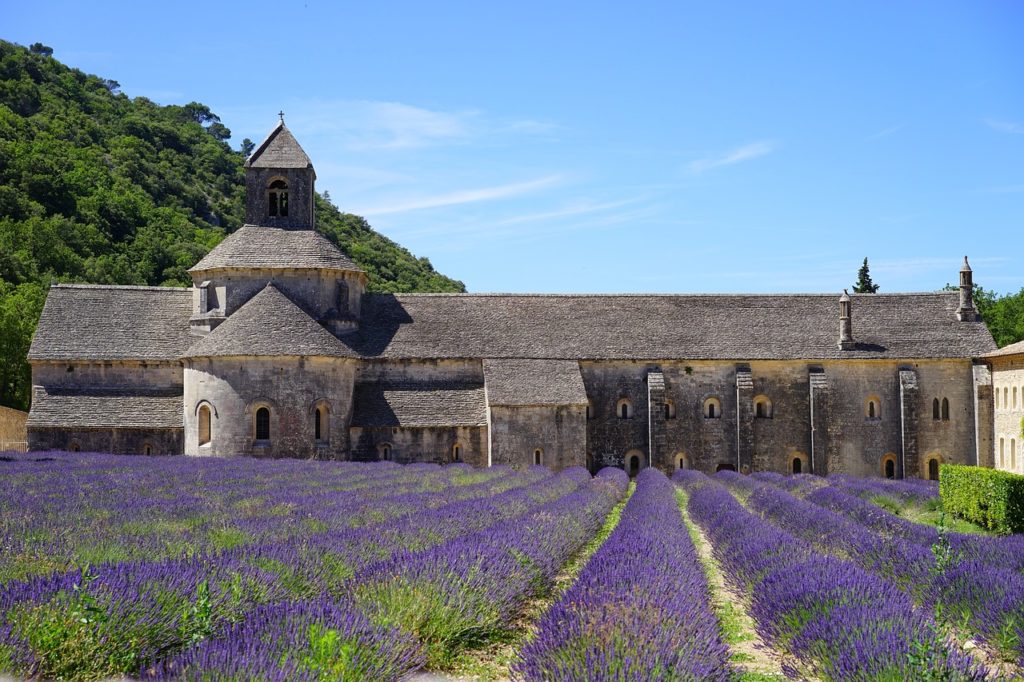 One of the most visited sites in Provence, this Cistercian monastery, active since 1148, is still a thriving community of Christian monks who grow some of the most beautiful lavender in France. While their website insists that they are not a tourist destination, they do hold daily guided tours around the abbey (though only in French, probably to dissuade foreign iPad-wielding visitors). – 84220 Gordes (1hr from Avignon by car)

At the foot of Mont Ventoux in the hills of Sault, this family-owned distillery specializes in growing plants for medicinal and aromatic purposes. The organic farm uses sustainable practices, like alternating lavender and legumes by season so as not to leach the soil of nutrients, in order to create a crop that grows beautifully and ethically year after year. – Route du Mont Ventoux, 84390 Sault (1hr from Avignon)

You’re going to need somewhere to stay after a long day driving through all those fragrant fields. Though not everyone can afford to stay at this luxury hotel, Le Mas De La Rose is a beautiful converted 17th-century farmhouse with 75 acres of lavender dotted with pine and olive trees. You can hang at the pool or rent a bike and roam the estate solo before you hop back in the car. – Route d’Eygalières, 13660 Orgon (30min from Avignon) 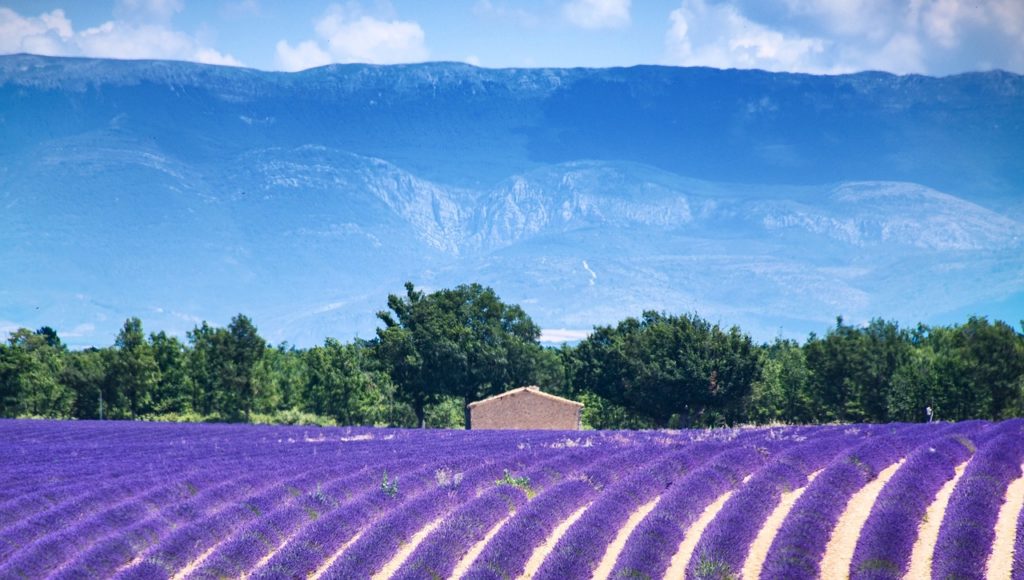 When most people imagine the lavender fields of Provence, they are imagining the Valensole Plateau. The Plateau sits at 2000 feet high, and is the largest lavender field in all of France, at more than 300 square miles. Named for the town it belongs to, the plateau receives countless visitors each summer, and photographers come from all over the world to capture its exquisite blue and violet hues. – 5878A Place des Héros de la Résistance, 04210 Valensole (1hr from Aix-en-Provence)

This lavender farm in Sault prides itself on its dedication to preserving and educating visitors on the Lavandula species of lavender. Their site boasts a botanic conservatory with a number of ornamental varieties of lavender and “associated plants,” as well as fields in which angora rabbits and cats roam free among the sweet smelling flowers. The farm is a wonderful spot for picnicking, and various lavender honeys, jams, and biscuits can be purchased at their shop. – Route du Mont-Ventoux, 84390 Sault (1hr from Avignon)