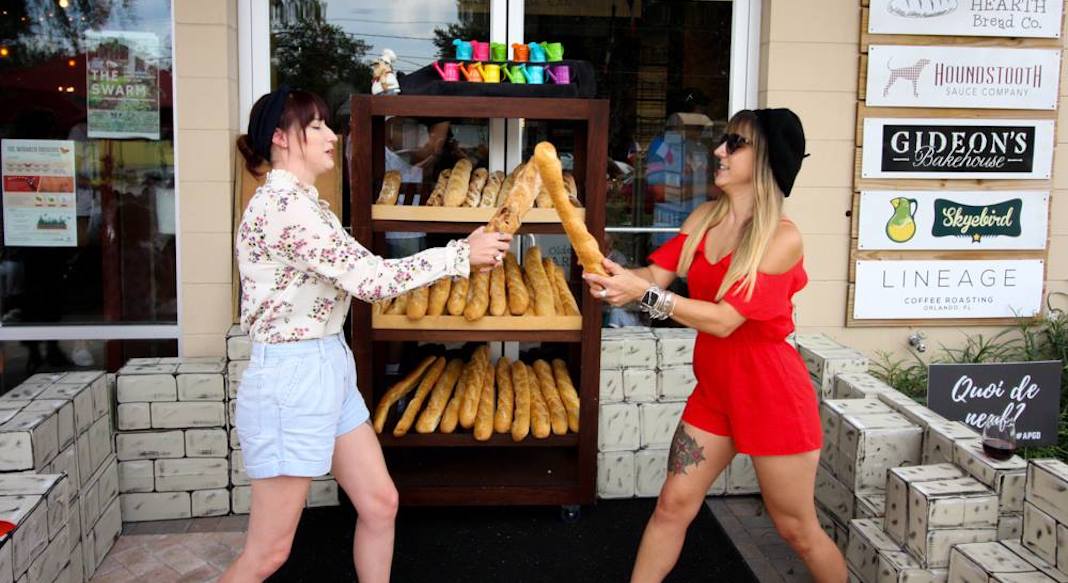 Bastille Day can be a bit a cheesy, but isn’t that what we love about it? Once again, there will be plenty of opportunities to celebrate France with the 14 juillet festivities in Miami and the rest of Florida. Here’s a run-down of the events that aren’t to be missed.

With two days of celebration planned, the French & Famous team is once again putting on a great show for Bastille Day. The festivities will begin on Saturday, July 13, at 7 p.m. with an evening entitled “The Night of the Revolution” at the Delano Hotel in South Beach. On the agenda: a fashion show, outdoor concerts, and a barbecue around the pool. The next day, a family brunch will be held starting at 11:30 a.m. with special activities for children. More info and reservations here. — 1685 Collins Ave, Miami Beach

Lovers of good French food should have a meal with the Dames d’Escoffier in Miami on Sunday, July 14, at 12 p.m. The association, which brings together women who have proven themselves in the field of gastronomy, is organizing a Bastille Day luncheon in Mirabelle, the establishment of the pastry chef and Meilleur Ouvrier de France Georges Berger, located in Downtown Miami. More info and reservations here. — 114 SE 1st St, Miami, FL 33131

French gastronomy will also be in the spotlight on the evening of July 14 at Chez Marie French Bistro in Boca Raton, from 5 to 9 p.m.. On the three course prix-fixe menu: soupe à l’oignon, boeuf bourguignon and crème brûlée, all enjoyed with music by singer Thierry Khalfa, who will cover the greatest French classics. More info and reservations here. — 5030 Champion Blvd Suite D3, Boca Raton, (561) 997-0027

For history lovers, the Società Dante Alighieri of Coral Gables is organizing a conference on Friday, July 12, at 6:30 p.m., hosted by Jean-Paul Guis. The French historian will discuss two of France’s most famous monuments: Notre-Dame de Paris Cathedral and the Eiffel Tower, which has just celebrated its 130th anniversary. The presentation will be followed by a cocktail reception accompanied by several patriotic songs. — 401 Coral Way, Suite 102, Coral Gables, (305) 529-6633

Patriotism will also be in the spotlight in Orlando where the French American Business Council is organizing its traditional soirée blanche (night in white) on Sunday, July 14, starting at 6:30 p.m. at La Boucherie restaurant. More info and reservations here. — 7625 Turkey Lake Rd, Orlando; (407) 930-1708

The French colors will also be celebrated at the Audubon Park Garden District of Orlando on Saturday, July 13, with their 11th annual Bastille Bash. First Guests will be able to enjoy French culinary specialities, participate in a baguette duel, take photos with Marie Antoinette, and listen to live music at the French Market (3 to 7:30 p.m.), and the Moulin Rouge cabaret begins at 8:30 p.m. More info and reservations here. — 3201 Corrine Dr #216, Orlando, (407) 212-7321

A blue-white-red atmosphere is guaranteed by the Alliance Française of Orlando, which offers a dinner-dance on Saturday, July 13, starting at 7 p.m. A musical evening hosted by the French singer Tangi Colombel, who will perform the greatest hits of Jacques Brel and Charles Aznavour. More info and reservations here. — 1516 E Colonial Dr, Orlando, (407) 895-1300

Music lovers should also be intrigued by the gala organized by the Alliance Française of Sarasota on Sunday, July 14, starting at 6 p.m. at Michael’s on the Bay at Selby Gardens. The French culture institution will host an event of cocktails, dinner, and live music provided by none other than Tangi Colombel. More info and reservations here. — 811 S Palm Ave, Sarasota; (941) 366-0007

The Norton Museum of Art in West Palm Beach will be adorned with the colors of the French flag on Saturday, July 13, for an afternoon on the theme “Vive la France!” You can also participate in a pétanque tournament, watch a screening of Jean Cocteau’s film “La Belle et la Bête,” or listen to music outdoors. More info here. — 1450 S Dixie Hwy, West Palm Beach; (561) 832-5196