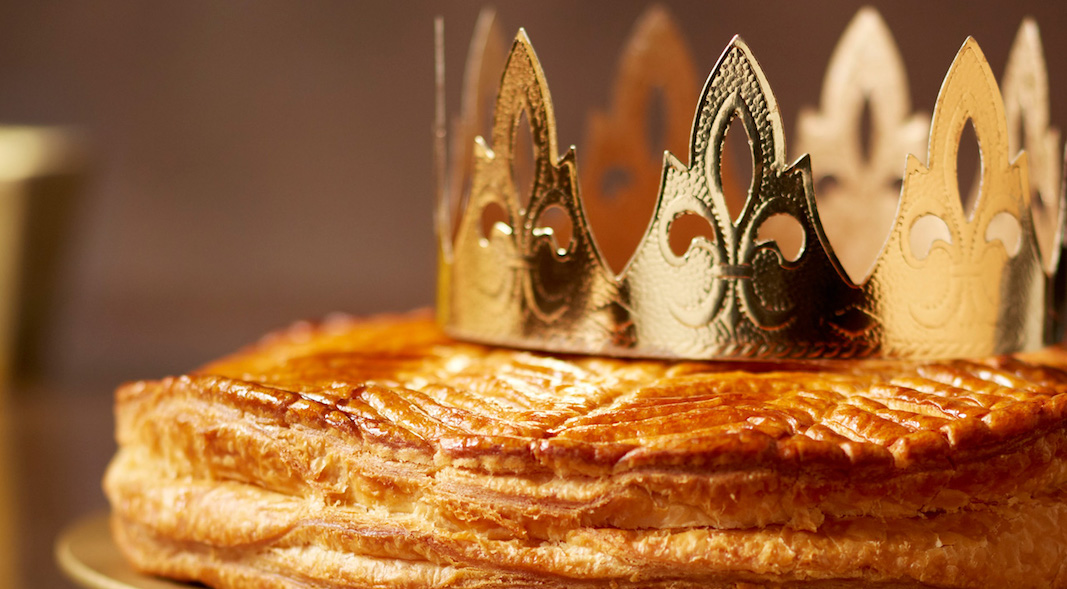 Where to Find Galette des Rois in San Francisco in 2019

On Sunday, January 6, we’ll enjoy Épiphanie, which celebrates the arrival of the Three Wise Men to Jesus. Though really, what most people will be enjoying and celebrating is the opportunity to eat a delicious galette des rois (King Cake). Luckily, King Cake is eaten all through January, so if you miss the actual date of Epiphanie, you won’t have to wait until next year to get one of these traditional French treats in San Francisco. As for finding the fève and being crowned king or queen… bonne chance!

Sold as a whole or in an individual size, Les Gourmands‘ galette respects the traditions of the Chaillout family: almond cream made using the grandfather’s recipe, and puff pastry made with French butter. The fèves (beans that go inside the galette) are also imported from France. The cake is available throughout the month of January. A galette can serve 6 ($29) or one ($4.95). — 280 5th St, San Francisco, CA 94103.

As they do every year, the Boulange de San Francisco respects the tradition of the galette des rois: a simple frangipane galette serving 6-8 people ($30), or in an individual portion ($4). Each galette contains a fève depicting the most famous monuments of San Francisco or the Eiffel Tower. To order whole galettes serving 6-8, a 24-hour advance booking is recommended. — various locations in Fillmore, Hayes Valley, Noe Valley, Cole Valley, Cow Hollow, Financial District and Rockridge.

This year again, you’ve got to be quick to buy a galette in the Sunset cooperative Arizmendy Bakery: the galette des rois, made with frangipane, will only be available on January 5 and 6. For the foodies who love something a bit more adventurous, you can also try the Mexican version, Rosca de los Reyes: a brioche-style crown, topped with sugar and some candied fruit. — 1331 9th Ave, San Francisco, CA 94122. (415) 566-3117.

Beautifully golden, the galette des rois at Mademoiselle Colette is made with Isigny butter, and organic almond cream. As for the fève, future kings and queens will find a small “Mademoiselle Colette” button. One galette will serve 6-8 people ($34), and individual shares can also be purchased. It will be available in both shops from January 4 to 31. Pre-ordering online or by phone is recommended. — 816 Santa Cruz Avenue, Menlo Park, 94027; 499 Lytton Ave., Palo Alto, 94301.

A newcomer to South Bay, Maison Alyzée offers a cake made with butter imported from France, while the frangipane is homemade with almonds from California. Available from January 3 to 27, the galette comes in several sizes, serving from 4-6 people ($35) to 8-10 people ($55). — 212 Castro St. Mountain View, CA 94041.