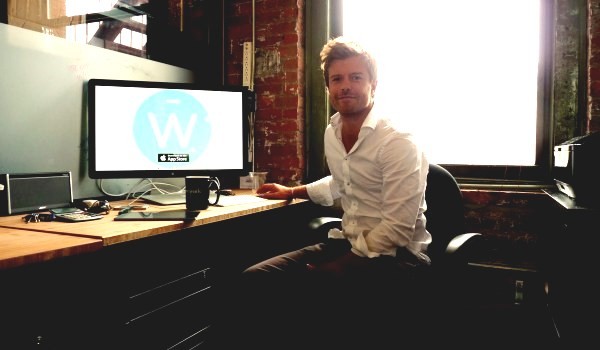 Whatt: The New “To the Point” App by Simon Berger-Perrin

We must save status updates! That is Simon Berger-Perron’s creed.

The New York based Frenchman has pursued a career focusing on mobile technology and social networks.

He claims that daily posts of a more “practical” nature (“Who is in New York this weekend?”; “Who wants to meet me at the bar, this place is great…”) have somewhat disappeared.

These little phrases have been engulfed amongst Timelines where photos, articles and links stand out more and more as the network grows.

“On Facebook, people tend to have too many friends and our newsfeed is often polluted by irrelevant information. The main problem is that if I write “I will be in Paris next week”, more often than not, the relevant people don’t see my post. We estimate that only 20 t0 30% of posts from one’s network are visible on the newsfeed. Same story for Twitter, too many people, most of whom the user doesn’t even know”

This is where Whatt comes in, a new social network on mobile devices that Simon Berger-Perrin officially launched on July 3rd.

An app dedicated to sharing statuses with close friends, with a simple design that goes straight to the point. This free app (only available on iOS), only works if both sides approve the friend request. After that, all statuses are public.

“We were featured in the App Store with good reviews and we were number 1 in the social media category” boasts the 38 year old entrepreneur without giving specifics regarding the total number of subscribers.

For the app to work, one’s friends need to have also downloaded the app (on their iPhone). In other words, this platform is competing with others (such as WhatsApp groups for example).

If Whatt takes off, all the better. But regardless, Simon Berger-Perrin has other applications up his sleep. “My idea is to create a sort of mobile app creating studio”.

Come September, he will launch a parallel service focusing on instant messaging. A direct competitor for WhatsApp which will allegedly have new features that promise to be “very exciting and never before seen”.

To ensure his project’s success, Simon Berger-Perrin, who employs two engineers in Romania and a community manager in New York, has raised 500.000 dollars.

Fabrice Grinda, the best known French investor in New York City is part of his benefactors. Mr Berger-Perrin was the head of mobile operations for OLX, Fabrice Grinda’s company that specialises in small online advertising.

Amongst Whatt’s other investors is one of Meetic’s former directors.

Simon Berger-Perrin worked for the startup in Paris for four years. At the start of the last decade, he was already their head of mobile development and had the insight to created strong partnerships in an industry that considered mobile development a poor strategic choice.

Will he be so intuitive with mobile applications? To Be Continued..