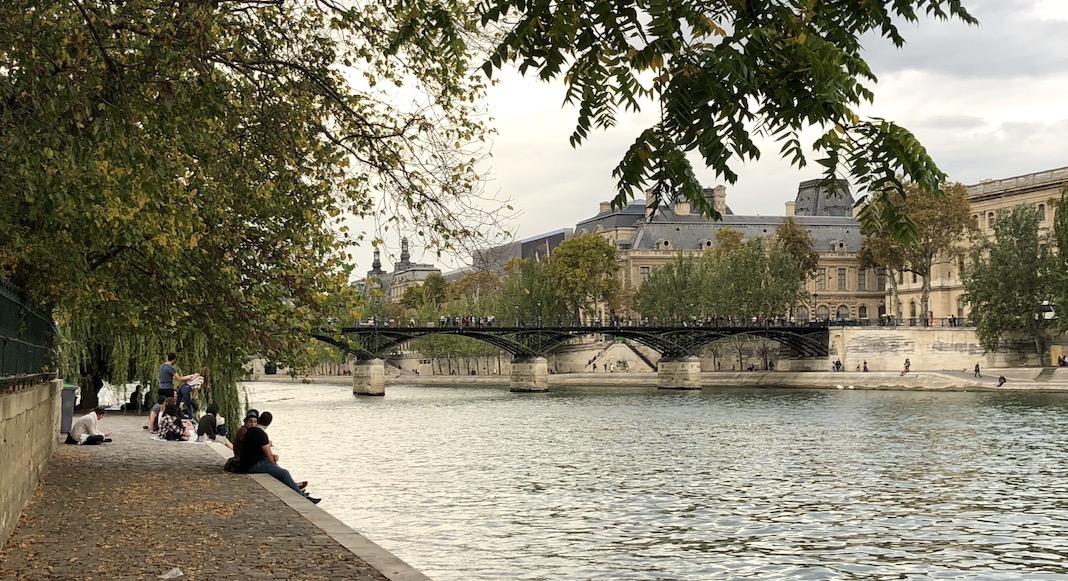 11 Things to Do in Paris in March

Start your month on the right foot at the Harmonie Mutuelle Semi de Paris half-marathon. The course winds along a very scenic route in the Bois de Vincennes and finishes in the Parc Floral. It’s still not too late to register to be one of the nearly 40,000 people that will run the 27th edition of this 21.1km race.

From February 25 to March 10, 2019, Showtime in Paris is offering a buy-one-ticket-get-one-free deal for more than 40 shows, at 25 of the most iconic venues in the City of Light, including the Moulin Rouge, Philharmonie de Paris, Caveau de la Huchette, and Cirque Alexis Gruss. The rich line-up features cabaret, dance, theatre, circus, musicals, and concerts. English subtitles will be provided for shows conducted in French or other foreign languages. Highlights include How to Become a Parisian in One Hour and the latest cabaret creation from Lido de Paris. the show adds a twist to classic cabaret with a jaw-dropping hip-hop and figure skating routine.

Since 1984, the Cinéma du Réel has been screening the works of leading documentary filmmakers from all over the world. The Centre Pompidou, the Forum des Images, and the Luminor will be sharing the films between March 15 and 24 (see the schedule here). No single ticket is more than 6€ (a very affordable price) but there are possibilities for getting a reduced fare ticket. This year’s theme is Popular Front(s) looking at the power of images, especially in regards to political influence. American artist Kevin Jerome Everson will be honored for his work featuring African-American culture. See how to get tickets here.

From March 15-18, the Paris Expo Porte de Versailles becomes a book lover’s paradise. The Livre Paris book fair hosts over 800 events and activities, nearly 4,000 authors, publishers from countries around the world, and all the books you’ve ever dreamed of. The fair is open to the public from 12:00pm on. In pursuit of knowledge, entrance is free for under-18s and teachers. Buy tickets here. (Note: you must print your ticket. Even though you bought an e-ticket, you have to print it out.) — 1 Place de la Porte de Versailles, 75015

With St. Patty’s falling on a Sunday, you may be tempted not to go out. We encourage you to resist that temptation. For the most authentic Irish experience complete with Guinness and some real Irish people, try Connolly’s Corner. If you’d prefer more of a bar/club with an international crowd, playing mostly mid-2000s American music, The Freedom Pub is the place to be. Finally, find your commercialized celebration, with shamrock tattoos, fake beards, and everyone claiming they’re ¼ Irish over at the chain bar, Corcoran’s Irish Pub Grand Boulevard. (Don’t forget, most places close around 4am or 5am, so have a place in mind to kill the hour before the Métro opens.) — Connolly’s, 23 Boulevard Poissonnière, 75009 (map); Freedom, 8 rue de Berri, 75008 (map); Corcoran’s, 12 rue de Mirbel, 75005 (map)

This fair is 10 minutes outside of Paris, but you won’t want to miss it. This semi-annual antique and flea market fair started in 1840, but has been in the same spot on the Ile des Impressionistes since 1940. During the last edition the fair had over 25,000 visitors come to shop the nearly 500 stalls of goods (just take a look at the pictures to see what to expect). When you get tired of shopping, stop for a bite to eat at one of the five restaurants or 22 food stalls set up. To get there, take the RER A train to Rueil-Malmaison. Take exit number 1 and there’s a free shuttle running every 30 minutes from 10am to 12:30pm and 2pm until 6pm. The fair is open from 10am to 7pm. It costs 6€ to get in, and children under 15 are free.

7. Avoid the rain and cold in the Passages Couverts and Les Grandes Serres

March is still chilly, and often a bit rainy, in Paris. Take shelter in the passages couverts for some exploration and shopping: there’s Passage Jouffroy, Galerie Vivienne, Passage du Grand Cerf, Galerie Choiseul, and Passages des Panoramas, and Passage Verdeau. To warm up and feel like you’re in an endless summer, go to Les Grandes Serres at the Jardin des Plantes or the Jardin d’Auteuil. Bask in the heat among the cacti and sweat in the tropical greenhouses (and get a great pic for the ‘gram).

Ideal for any traveler on a budget looking to warm up inside, the Printemps du Cinéma film festival offers cheap tickets to movies in most theatres around Paris. For just 4€, you can see a new release (the photo above features films you can see). Last year, 3.1 million French people participated.

You can always count on Le Grand Palais to put on an exceptional exhibit. Next up is “Rouge, l’art au pays des Soviets” (Red, art in Soviet country). The exhibit takes viewers back in time into the history of the Soviet Union and restraints on art and expression imposed after the 1917 revolution. What does socialist art look like? What form does it take on? This is not just an exhibit of paintings on the wall. Because it was art for the people, there are works of design, architecture, photomontage, and film present. Buy tickets in advance online so you don’t have to wait in line. — Le Grand Palais, 3 Avenue du Général Eisenhower, 75008

Spring hasn’t yet sprung, but the horses certainly will be: into the air, over hurdles, and onto the ground. At the 10th edition of Saut Hermès, horses and riders meet at the Grand Palais for a showjumping competition. Before Hermès was making stunning silk scarves, they were crafting bridles and saddles in their rue du Faubourg Saint Antoine atelier. To experience this French My Fair Lady moment, view the schedule here and buy tickets here. — Avenue Winston Churchill, 75008

11. Slurp up some noodles

Of course while in Paris you have to dine on authentic French food, but there is a bustling non-French food scene that you simply must try as well. And since it’s still chilly out, there’s nothing better than a nice big bowl of udon. At Hana Bento Paradis get an a bowl hot noodles or an affordable bento box. In the 13th arrondissement, Pho Bàhn Cúon offers delicious and authentic Vietnamese pho. A steaming bowl of ramen awaits you at SANJO in the 1st arrondissement, just minutes from the Louvre.