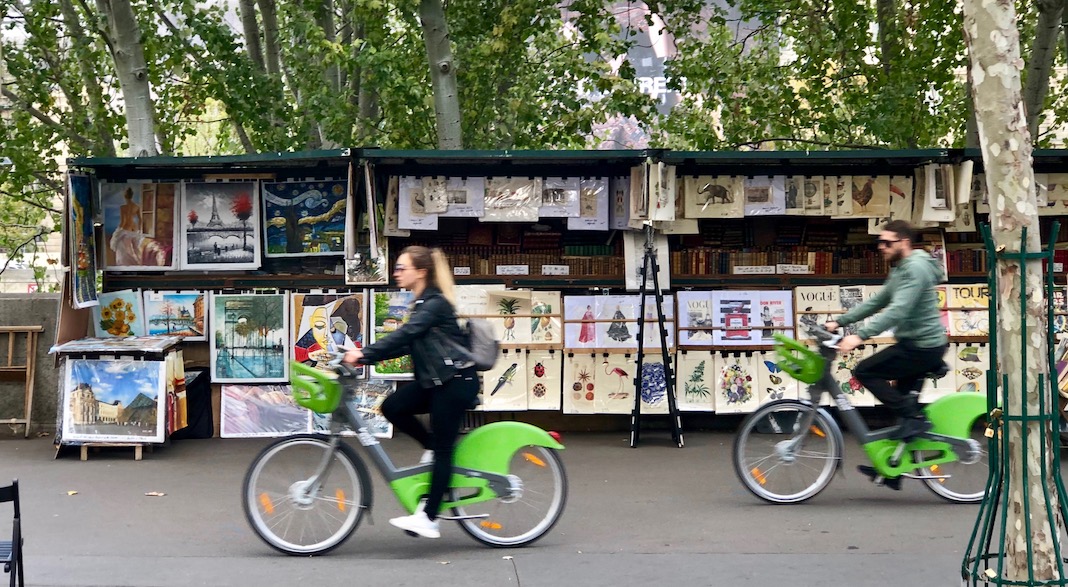 The real difference between French and American feminism boils down to one thing… but which country’s method of feminism is more effective? You be the judge.

French feminism looks nothing like American feminism. And if President Emmanuel Macron’s government is any indication, France is also currently kicking America’s a** at the gender equality game. As promised, Macron has upheld parité; 11 out of 22 members of his cabinet are women. It is nothing short of noteworthy that Macron’s government is half women. Especially when you consider that in 2017, women account for only 104 out of 535 members of the US Congress and 21 out of 100 members of the US Senate.

Differences between the French and American presidents and the state of each country’s politics put aside (easier said than done), the political sphere is still an apt gauge of the progress being made in the fight for women’s rights. So, just what’s at work here in France? For a nation steeped in the clichés of patriarchy, let alone an aversion to change, l’hexagone is demonstrating incredible progressivism. Perhaps the French version of feminism is at the heart of considerable change underway.

France’s wealth of female philosophers and theorists are to thank for laying the foundations for feminism in the modern West. Their school of thought has had an impact on researchers such as Judith Butler, Susan Gilbert, and Annette Kolodny. The heart of modern French feminism can be traced to the period known as the second wave, or from post-WWII up until the early 90s. Simone de Beauvoir crafted and published Le deuxième sexe in 1949, at the outset of the second wave, propelling many other female thinkers forward in her wake.

Le deuxième sexe is still a contemporary, foundational tract in feminist circles, simply for the reason that it gives a detailed analysis of women’s oppression that focuses on the social construction of Woman as The Other. It sets out a feminist existentialism which argues, with a Sartre-ian bent, that one is not born a woman, but becomes one… or as Judith Butler would say, “performs one”.

Yet, Beauvoir and her French counterparts knows something that their American counterparts don’t, and it may be the single biggest key to understanding why France, aside from its socialist government, is far more progressive when it comes to all components of parité.

Gender equality is different from gender neutrality. This is Beauvoir’s main point, and it is what French feminists know to be true. Equality means acknowledging the biological differences between the genders, because they have a structural impact on our subjective experience and hence our societies. Gendered bodies make pure neutrality impossible to achieve; social equality, however, can be built. And in France, it’s built through socialist benefits. From maternity leave to daycare, from birth control to abortion and even the burgeoning efforts to bridge the wage gap, France is schooling the United States.

What is the difference between neutrality and equality in practice? First and foremost, Beauvoir is adept at pointing out the cultural differences between French feminism and American feminism. She frames it best in one bombshell sentence: “l’attitude de défi dans laquelle se crispent les Américaines prouve qu’elles sont hantées par le sentiment de leur féminité.”

In other words, American women are “haunted” by their gender. For her, this is proof of their desire to erase one’s biological body, a corps necessarily associated with certain social constructs after thousands of years of built-up idées reçues.

She then goes one step further: [les américaines] “pensent volontiers que la femme en tant que telle n’a plus lieu“, or that in other words, to achieve equality with men, women must erase all signifiers of womanhood and become “androgynous”.

This might explain the tension in male-female relationships in America, or even the death of gallantry. There is a strong sense of competition, combativeness, and even resentment or violence that just doesn’t exist in l’hexagone. One indicator? Rape statistics. A 2011 study by the Center for Disease Control reported that 19.3% of American women had been raped at least once in their lives, whereas in France, that statistic was drastically lower at 3%.

Are American men bigger douchebags than French men? Doubtful. Quite simply, in France, men are not the enemy. The volatility between men and women is lesser. They are not an entity to crush, berate, troll, or belittle. French feminists know that the system is to blame, and that it is only by working with men, and not against them, that the system will change.

American women want gender equality. If they didn’t, they wouldn’t be as fierce, vocal or even militant as they are right now. But the bottom line is gender parity must absolutely be supported by the government and government initiatives, and woven into social structures that acknowledge biological differences. Equality is not neutrality.

French women work to fight the patriarchy… but when they do, they fight the “Patriarchy” with a capital P—patriarchy as an institution, not a gender—using all the social tools in their reach. It’s about time American women started doing the same.