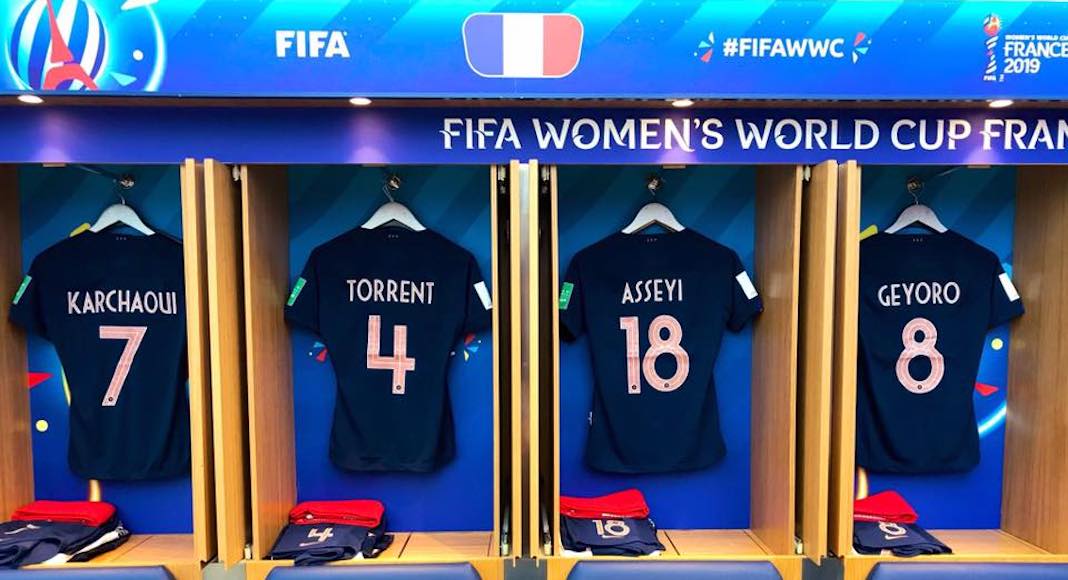 How Much Money Do Les Bleues Get If They Win the World Cup? (Hint: Way Less Than the Men)

The imminent arrival of the FIFA Women’s World Cup, hosted by this year France, sheds a bright light on the impressive differences between the worlds of women’s and men’s soccer.

Though quickly diffused, a controversy has already swelled: in the midst of preparing to compete in the Women’s World Cup, France’s Les Bleues had to leave the “château” of the national teams’ training facility, Clairefontaine, to make way for the men’s team, who were preparing for a friendly match against Bolivia.

“There is no story, quite honestly. On the contrary, Clairefontaine has done everything possible to find us a place to stay. And above all, what was very important for us was to continue training on quality fields … and to train at home as usual,” explained team coach Corinne Diacre.

Les Bleues will earn 10 times less if they win

To the anecdote we can add the figures, reported today by France Inter, representing potential performance bonuses. As expected, the gap in bonuses between players is significant, even if the treatment of the FIFA seems fair. On its website, France Inter explains that national football teams, which are usually unpaid, receive a bonus for participating in the FIFA World Cup. The International Football Federation has an overall budget allocated to the different teams, paid out according to their results at the competition.

Whatever happens, Bleus and Bleues receive, along with their staff, the same percentage, i.e. 30% of the amount earned by the French team during a World Cup. As can be expected, the difference lies in the amount of the overall allocation paid by FIFA. In 2018, FIFA put $400 million into the men’s World Cup budget. Part of this sum is intended to finance the organization of all the preparatory matches and to pay the clubs that provide players. France, the champion of the cup, earned a total of $38 million. The players and the technical team (27 people in all) shared 30% of this amount, or about 350,000 euros each.

For women, the calculation is the same, but the initial allocation is much lower. FIFA will pay a total of 50 million euros for the 2019 World Cup, and the winning country’s soccer federation will pocket 4 million dollars, or just over 38,000 euros for each of the players and the staff. Aware of the many parameters that come into play in determining FIFA’s initial allocation for the Women’s World Cup, French player Gaëtanne Thiney makes it relative: “The bonuses are what they are. If we were as profitable as the men’s team, I would be happy to earn as much as them. But if we do the math, I’m not sure that the French women’s team is as profitable as the men’s. So is it comparable? No.” But, for comparison, regardless of the discipline or bracket, for the French Ministry of Sports, which devotes part of its own budget to the remuneration of Olympic medalists, the rate is the same for men and women: 50,000 euros for gold, 20,000 for silver, 13,000 for bronze.