As with all French traditions, the Christmas meal is a stately and structured affair. No going out to eat at restaurants (since they’ll all be closed anyway). No last-minute Chinese takeout. Days of shopping and preparation go into a meal that begins at 8pm on Christmas Eve and stretches until after midnight. Each course is served one after the other, with breaks in between for drinks and conversation. And given the amount of food consumed, it’s no surprise that Réveillon happens the day before Christmas… you need a full night to digest before the kids pop out of bed and see what Père Noël has left them in shoes placed by the fireplace.

In case you want to host your Réveillon dinner, either on December 24 or with friends later, here’s what several French people (currently in the midst of planning their own Réveillon dinners) recommend that you serve.

French people go all-out for their dinner parties, and Christmas especially. Grandmother’s china and the finest silver will be on the table, napkins will be folded in a fancy way, and the tasteful floral arrangements will definitely be better than last year’s.

An apéro followed by wine, followed by more wine… you get the picture. Vin chaud, or mulled wine, is not uncommon as well. And you’ll probably want to go with a white for the seafood, and a red for the meat. (Yes, there’s both.)

Réveillon is a decadent affair, so everything that’s typically saved for special occasions should be right on the docket. Huîtres, or oysters, are a classic French Christmas tradition (if you have the money to afford them), served with lemon and a red wine vinaigrette. In fact, seafood in general is pretty popular for the Christmas meal. One common snack is toasts au saumon, smoked salmon and crème fraîche on crostinis. Homard (lobster), foie gras, and caviar are also quite popular. For poultry, like in the US, you’ve got to have La Dinde de Noel, or the Christmas turkey, which has been a tradition in France since the 19th century. But there’s also typically un chapon, or rooster, instead of the everyday chicken hen. It’s a delicacy known for its tender meat and often stuffed with chestnuts. Though normally rare, game meats have had a long tradition on the French Christmas table. For soup, there’s velouté de châtaignes, a creamy chestnut soup made with winter vegetables, whose name means “velvet.” Since this one might be a little foreign to a non-chef, Saveur has an incredible recipe here. And a requisite cheese course and salad course also have their place in the lineup. 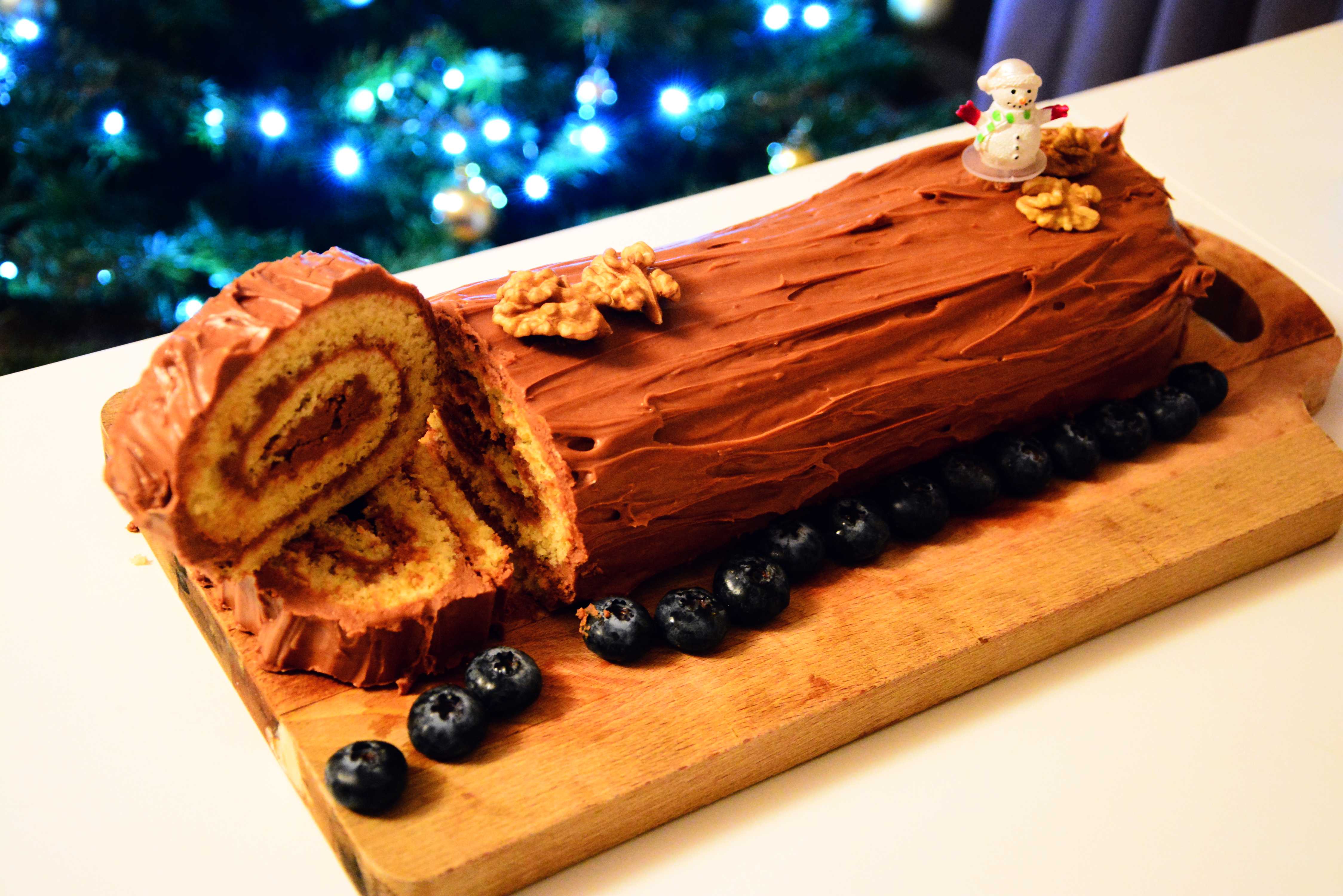 It’s not Réveillon without a bûche de Noël, or Yule log, a delicious sponge cake coated in frosting and then rolled into a cylinder and decorated to look like a log of wood. Marrons glacés, or candied and glazed chestnuts, are also a delicacy reserved for the holidays, since pricing-wise they run along the same lines as macarons, at €2.50 per chestnut. This is something you would give as a gift, so they often find their way to the table later in the evening. Pain d’épices, or spiced bread, is a less-fancy Christmas dessert similar to gingerbread, made from rye flour, honey, and spices.

After all this is eaten and everyone is consumed by their food coma, the next day, the big one, begins with a late brunch, an enormous spread to make sure that you will definitely need to make a New Year’s Resolution to go to the gym more.