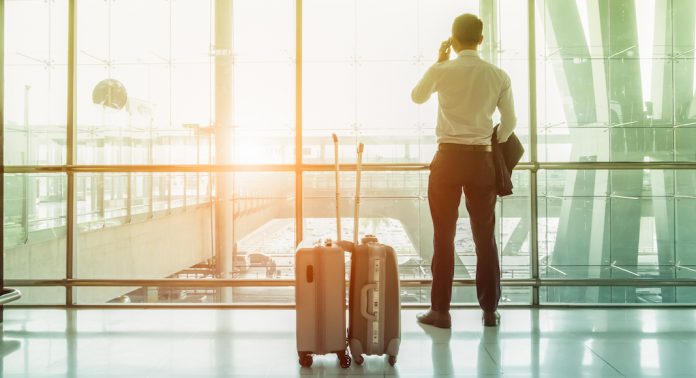 The wait has been very long but it’s official, travel restrictions for Europeans wishing to come to the United States are lifted for vaccinated people, as of today, Monday, November 8th. This is a huge relief, of course, for families and friends, but especially for the thousands of French entrepreneurs who came to depend on the NIE, the famous “national interest exemption” which allowed them to travel back and forth, but it was complicated to obtain and often left French business people marooned in long quarantines.

Some entrepreneurs tried their luck anyway, at the risk of being rejected. This was the case for Erwan Keraudy, the owner of the digital risk protection platform, CybelAngel. “I continued to travel to France almost every month during this period. When I got there, I would apply for my NIE, which took between three days and three weeks. And then I would go to a non-EU country to do my quarantine in the meantime, in case it took too long.”

Now, this period of “muddling through,” is finally coming to an end for the boss of this cybersecurity nugget, which entered the Next40 earlier this year. “My teams will start traveling again and everyone is very happy with this situation”.

For his part, Adrien Menard, founder of the SEO automation service Botify, chose not to play NIE roulette. “I have organized my life around these restrictions,” he said. That didn’t stop his start-up, which generates 60% of its revenue in the United States, from raising a $55 million in a Series C round of financing last September from Infravia and bpifrance, among others. Botify actually benefited fully from the pandemic and the increase in time spent online, which is forcing brands to review their referencing strategy. The group already counts Macy’s, Walmart and The New York Times among its clients, and welcomes the resumption of in-person events throughout the United States to continue its momentum.

Tximista Lizarazu, founder of the connected cafeteria brand, Fraiche, has also dealt with the NIE unpredictability. He applied for it when he arrived in France at the end of July, banking on a “core business” status in agribusiness, but he never received it and had to do a two-week quarantine before returning to New York.  This was a real frustration as he was in the middle of launching his business in the United States. “We will finally be able to travel to France when we want or need to. It’s a very important feeling as an expatriate,” he said. Now both his co-founder and CTO will be making the trip to New York by the end of the month.

Bringing in teams from France

French entrepreneurs are already getting organized to bring their teams and create the environment of exchange and emulation that has been so lacking over the past 19 months. “We are organizing an off-site reunion in early December in New York. All the members will be able to come and we are delighted”, explains Mathieu Chabran, head of the investment fund Tikehau Capital. At Botify, Adrien Ménard also wants to take advantage of the opening of the borders: “We are going to invite about twenty senior leaders for a team event in New York. People are eager to meet again after more than 19 months away.”