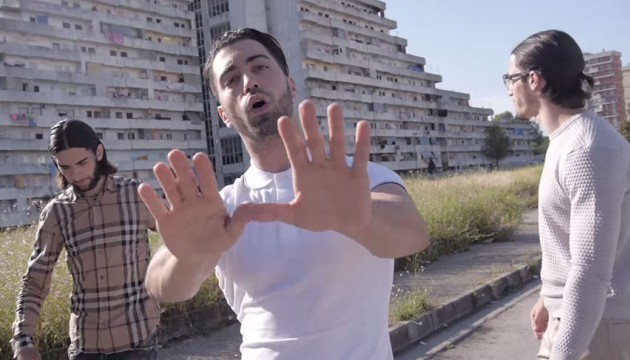 Monday, whales washed up on the shore of Calais. Four of ten were saved, and then the whale-shaming started: these sea mammals probably did it intentionally.

A man in Mont-et-Montois made a tombstone for his mother into a picnic table and benches, proving that Wes Craven may be dead, but his influence lives on. Imagine if his mother had been a pilot whale.

Tuesday, Mathias Énard won the Prix Goncourt for his novel Boussole, one of four finalists for the prize, all of which dealt with relations between Europe and the Arab world.

Meanwhile, the French government announced that it would pay out $60 million to foreign Holocaust victims—mostly Americans—who were transported from France to Nazi camps during World War II. Many of the people eligible for the new program were not previously able to make claims under French law.

Ecology Minister Ségolène Royal issued a drastic change to France’s 2014 pollution-based car bans. Under the former rules, a three-day spike in pollution was required to implement an “alternate ban” on cars with license plates ending in odd or even numbers. Now, all it takes is a one-day spike, a move that may not do much to impress delegates before COP21 begins.

Wednesday, France announced that it would lift the ban on gay men donating blood. Donations will be accepted from men who haven’t had sex with other men in the previous 12 months; partial donations from men who have only had sex with one man in the last four months will be accepted but quarantined for a period. Women, who are known to routinely have sex with men, are not limited in blood donations, unless they spent a year in the British Isles between 1980-96 because they may be carriers of bovine spongiform encephalopathy (mad cow disease).

Related: French women are the reproductive champions of the continent.

A McDonald’s outside of Lyon was allegedly the site of a drive-thru weed operation. Mayor McCheese was not available for comment.

Or maybe not: Jeb Bush finally apologized for using “French work week” to insult the work ethic of the US Senate. Campaign booster and former US Ambassador to France Craig Stapleton must’ve set him straight.

Model and current frontrunner for the 2028 presidential election, Camille Rowe, told Vogue that French women do this, while American women do that.

On Thursday, it seemed very much like Paris and Brooklyn had a thing going on, but at least the feelings are mutual. This goes a long way to explaining why naming your French baby “Manhattan” is illegal: borough solidarity.

After PM Valls dashed hopes of legal aliens living in France getting to vote in municipal elections, Razzy Hammadi, deputy of Seine-Saint-Denis, outlined a plan to make it much easier—or at least quicker—for foreigners to become French nationals, which would simplify things should Gérard Depardieu ever want to become French again.

Meanwhile, François Hollande was busy opening the new Hexagone-Balard, France’s answer to the Pentagon. It basically looks like it was designed in Minecraft.

If you come across a Komodo dragon wandering around Drôme, there’s a 50/50 chance it’s the one that was stolen from a crocodile farm in Pierrelatte. The motive of the perpetrators is unknown, but we suggest one possibility: they were taking it to an actual komodo dragon farm, where it could be among its peers instead of a bunch of lame bully crocodiles.

Friday, we were about done with hearing about Karim Benzema’s alleged “complicity in attempted extortion” concerning a plot to squeeze money out of Lyon’s Mathieu Valbueno over a sex tape.

The southeast of France was rattled this morning by a 4.4 earthquake—what San Franciscans would have thought was just their phone vibrating in a purse across the room.

Police were still baffled about the current whereabouts of around a hundred wheels of stolen cheese. The luxury cheese thieves made off with four tonnes of comté, leaving the brie to stand alone.

French rap group PNL, whose videos have been internet sensations, has shot to the top of the charts on iTunes with their latest album, despite an aversion to doing press or a record label.

We were glad to hear that Anderson Cooper and Ben Maisani were still together, according to TMZ. We first introduced our readers to Maisani in April of last year. Unlike Maisani’s native France, the US does not allow blood donations from any man who has had sex with another man at any point since 1977, the year disco died.