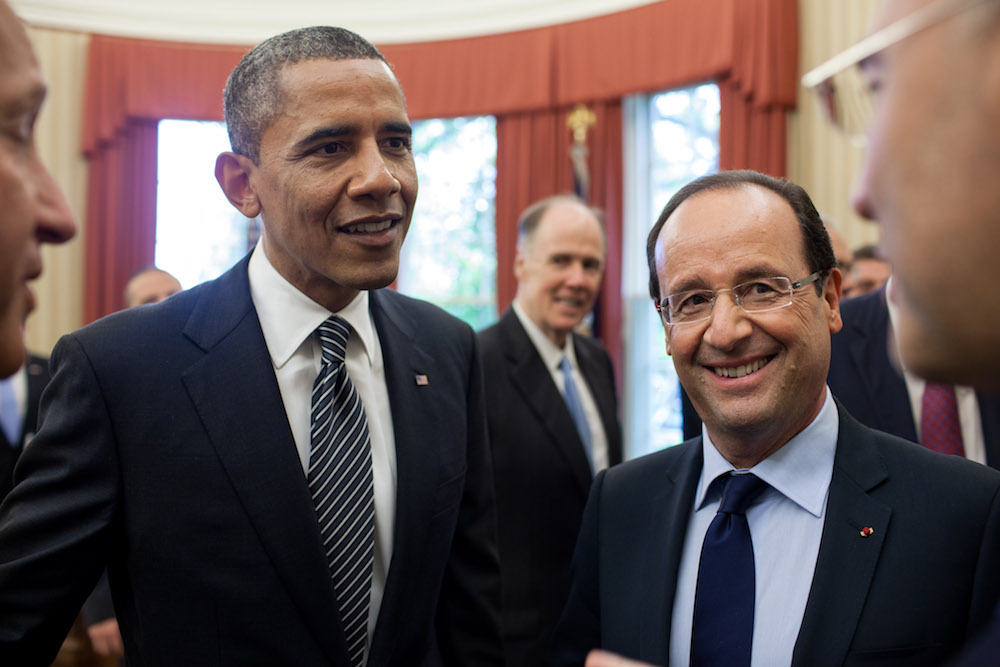 A briefing of the abbreviated week that was:

On Monday, French rocktogenarian Johnny Hallyday told Le Parisien that he would fight IS if he wasn’t a singer. Apparently being 72 years old is not a factor.

Mashable unveiled their Twitter memorial to the victims of the Paris attacks.

The FNS Charles de Gaulle was deployed to the Mediterranean, where it will conduct operations against IS before relieving a United States aircraft carrier in the Persian Gulf.

Tuesday, the Telegraph admitted that France has “more military and diplomatic clout” than the U.K., but still couldn’t help bringing up Waterloo and World War II.

The French Health Minister announced that HIV-negative people at high risk of becoming HIV-positive would qualify for free Truvada, a drug that is increasingly being used as a preventative treatment.

It turns out, by the way, that French kids spend fewer days in school during the year, but put in more hours than most nations’ children. We know for a fact they aren’t spending it on English proficiency.

Wednesday, Obama and Hollande seemed to be pretty cool with each other. “We love the French,” Obama told reporters. “Sometimes we Americans are too shy to say so.”

Vice released their interview with Eagles Of Death Metal, plunging for the first time into the harrowing events of November 13th.

Meanwhile, we were reminded that “France is not a terrace.” We have also received unconfirmed reports that Turkey is not a Thanksgiving dish but remain unconvinced.

Thursday, we remembered we were American and ingested paralyzing amounts of food, which made us pretty much useless on Friday.