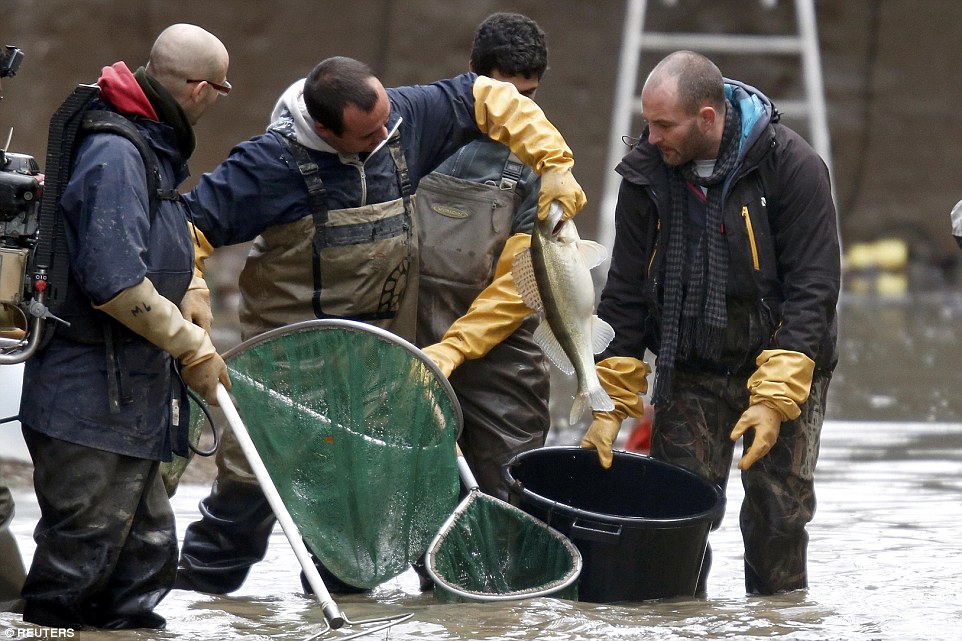 It’s a new year, and France started with a day-one resolution: doggy bags must be provided to restaurant customers who request them. It may be 2017 before we know for sure whether the French would, in the end, actually dare to ask for a doggy bag. Americans have never had any such compunctions. Here’s what happened in the first week of 2016:

On Monday, the city of Paris started draining the Canal Saint-Martin, part of a four-month, $10 million clean-up of the popular hangout.

César Award-winning actor Michel Galabru, who appeared in over 250 films, died at the age of 93.

By Tuesday, they’d already pulled a pistol out of the Canal Saint-Martin. Odds are there’s a defenseless American tourist hiding somewhere in Paris.

Now that you mention it, there are apparently humongous fish in that canal. Or were, before they were rounded up.

The Guardian revealed the shantytown that’s grown in the abandoned Petite Ceinture.

President Françoise Hollande unveiled a plaque commemorating the victims of the January 7th, 2015 attack on the offices of Charlie Hebdo. Unfortunately, they spelled Georges Wolinski’s name wrong (with a y).

Small favors: the November 13th attackers were not on drugs, according to toxicology reports. Karl Marx was not available for comment, as he is dead.

Wednesday, Mayor Anne Hidalgo announced that once a month the Champs-Élysées will be shut down to car traffic and that the next jour-sans-voiture in September would apply to all of Paris.

Pierre Boulez, whose classical compositions sound like an entire orchestra playing the Birdman drum score with different instruments out of sync with each other, died at the age of 90.

Some Saint-Étienne fans went on trial for trashing a fellow SE fan who had defected’s wedding—except they got the wrong wedding.

Thursday, a year after the January 7th attacks, Charlie Hebdo was still in its usual, fine form.

Armed with a cleaver and a suicide vest that didn’t work, a man attacked a police station in Paris and was shot dead by police.

Jacques Cousteau’s Calypso was ready to be put to sea again. It is already safer than most Italian cruise ships.

Friday, not that we didn’t already cover this, but the French are so bad at speaking English fluently that, contrary to popular belief, they’re over-exaggerating their ability to speak it.

A French daredevil was killed by a renegade hot air balloon, and that seemed like a great place to end the week.