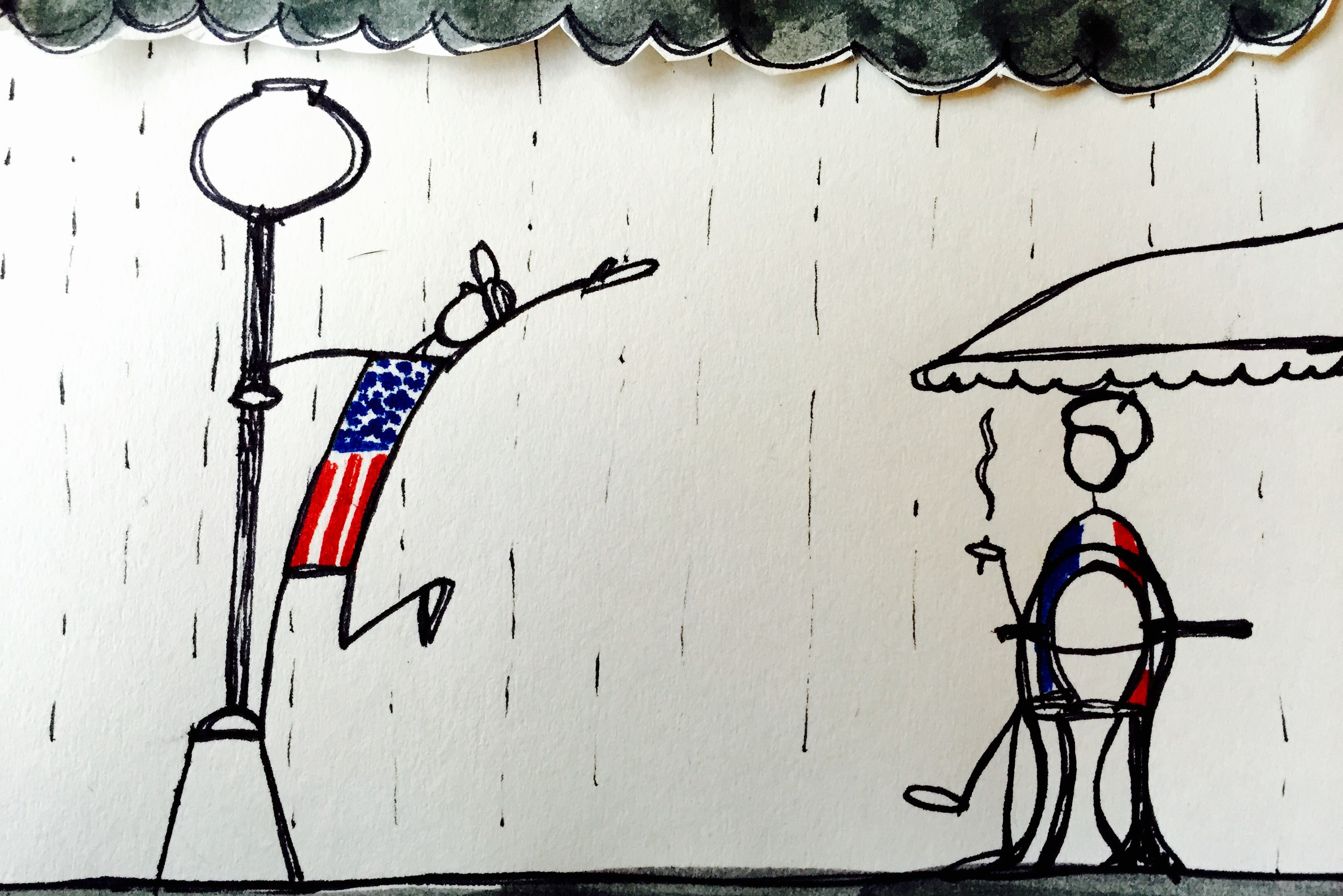 Well, not really. According to the World Happiness Report with data collected rom 156 different countries for the UN’s Sustainable Development Solutions Network, the US is actually number 15 when it comes to ranking the countries of the world in order from happiness to least happy.

Topping the charts of the happiness rankings is Switzerland (is yodeling the new yoga?), and the country that lost the most happiness points this year compared to last year was Greece. But let’s get to the question that really counts: where is France in all of this? Maybe they forgot to include France this year, because I don’t see it… No wait! There’s France — all the way down at number 29.

With plenty of France-is-doomed coverage in the US press, (in Newsweek [paywall], and The New York Times, for example) it may be no surprise that America is happier than France. But those pieces tend to focus on France’s economy and this study isn’t just based on how rich people are, taking life expectancy, social support, trust, perceived freedom to make life decisions, and generosity into account.

“Pursu[ing] GDP in a lopsided manner” — doesn’t that sound like like the perfect tagline for America: the Movie? We, the American francophiles, are probably scratching our heads a little bit. We love the way France prioritizes quality over quantity and time off over overtime. Sure it doesn’t lead to a fat GDP but at least it makes people happy. Right?

It may all come down to self-reporting. The French are not known for their optimism, and this report is largely based on the results of a poll that asked a sample population from each country to “evaluate the quality of their current lives on a scale of 0 to 10.” Every knows that if  you ask a French person how it’s going, they’re not going to get much more than a ça va (it’s going). Americans meanwhile practically break into “Everything is Awesome!” Blame it on the Starbucks?

As someone who likes France a lot, I like to believe that their resolute dissatisfaction is merely a safeguard against losing all the perks that currently come with being born in France. So good job, France. You keep pretending you’re unhappy. And we’ll keep enjoying not having to pretend we aren’t.