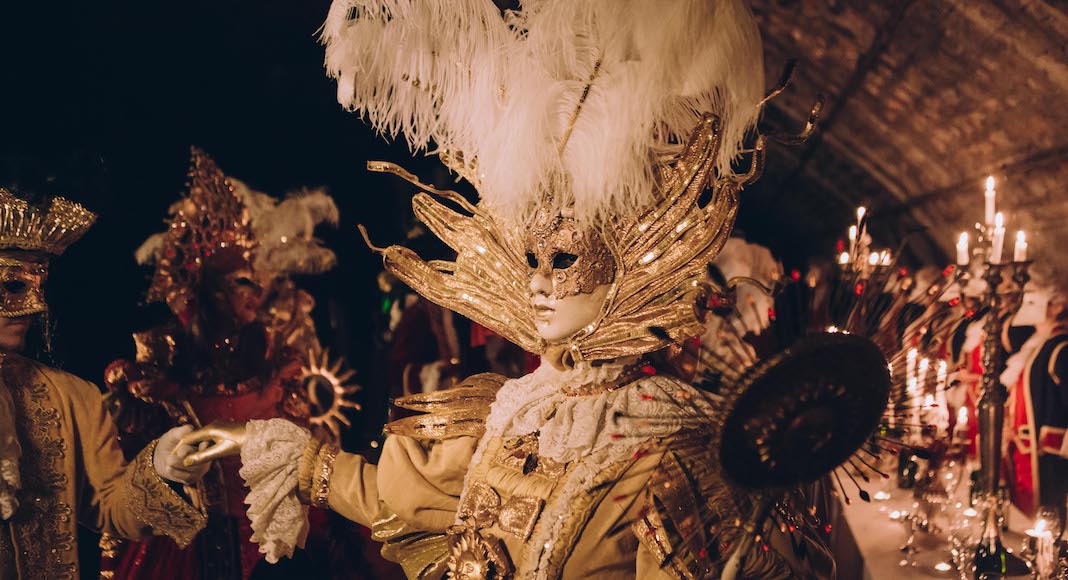 WATO Went from Abandoned Warehouse Raves to the Best Parties on Earth, and is Now Riding the Post-Pandemic Immersive Experience Boom

Children are often convinced that they can play pirates and princesses forever, but Foulques Jubert has found a way to actually do it. The founder and co-president of We Are The Oracle, an organization that throws the most spectacular immersive parties France (and much of the world) has ever seen, Jubert developed an early interest in the fanciful and dramatic.

“I come from an artistic family, I think my dad started to dress us up around three years old. We had actual sabers from pirates and from French generals of the Empire,” Jubert explains. “There was always a theme in everything we did. Even with Christmas gifts, he said, I don’t want anything you can buy in the shop, offer me an experience.”

After interning at Techno Parade in Paris, Jubert decided that he wanted to replicate the kind of emotional impact large-scale events could have, in his own way. He spent the next seven months visiting the world’s most unique and outrageous festivals, going to Burning Man and Ibiza, and anywhere known for throwing one good soirée.

Together with four friends, most of them Paris party promoters, he built a tightly knit network of individuals he dubbed the “conspirators,” with the goal of creating some of the most incredible parties the city had ever seen. The only problem? A lack of funds.

A fan of Urban Exploration, Jubert and his co-conspirators began hosting parties in abandoned spaces: the roof of a defunct hospital, an old chalk mine, the catacombs, a hidden warehouse accessible only by boat… The venue had to be tip top, Jubert explains: “You could do a lot of tricks, but if the venue is sh***, no magic will ever come out of there.”

Despite the legal gray areas and the logistical challenges, word of mouth quickly spread, and WATO’s secret parties became the talk of Paris. “I discovered that I had a kind of gift for designing a dream,” Jubert says.

They did 15 or 20 illegal parties, breaking into buildings in extreme conditions, jackhammering through barriers and climbing over walls with rope. “We were not famous at all but we were doing legendary parties, some of the best Paris will ever have in terms of immersive experience.”

Jubert considers himself an artist, not a businessman, but is open about the kind of financial hurdles WATO had to overcome in their early years, sometimes losing €40,000-50,000 on an event. After one party coincided with the Paris Attacks, €300,000 in lost revenue made him consider changing careers. But a slight business pivot landed him in success’s arms.

WATO began producing events for large companies like Amazon, Red Bull, and Fox, whose budgets allowed Jubert to invoke, “The true spirit of WATO but on another level.” Finally given the funding needed to organize the immersive events of their dreams, whether parties for thousands of people or intimate dinners of twenty, WATO began designing parties inspired by classic film icons like Lawrence of Arabia and James Bond. Invitations tend to be part of the allure, with custom-made short films acting as “trailers” to tease guests ahead of the parties.

“The idea is to make our guests experience a movie… the kind of full immersion, full entertainment, that lets you forget about your life for two, three, four hours, and that will really add emotions to what usually is just a place where there is music and a bar and that’s it. It’s really about how we can make it magical.”

So what do these parties look like? Well, it depends on the client. At a GoldenEye-themed party in Russia, 20 guests were transported from a fortress by helicopter to an ancient battlefield to drive vintage tanks, followed by 24 hours of events in 10 or 15 different venues. At one medieval-themed event at a historic French chateau, a client’s daughter greeted guests by riding out of a church on horseback, decked in custom equine armor, while flaming arrows embossed with the family’s motto filled the sky and a live bear roamed the grounds.

WATO was set to have an even more mind-blowing year in 2020, when the pandemic forced them to cease operations. Luckily, heavy subsidies from the French government allowed them to keep dreaming… and it looks like they’re about to return to a boom in the immersive events industry. “We all want to live something rich, interesting, and deep, that makes us feel something. Maybe since we’ve been jailed at home for a year and a half, when you decide to come out, you want this experience to be really worth it.”

The growth that big tech companies and French startups have seen during the pandemic has also had a trickle-down effect to the party planning world, Jubert mentions, with corporations looking to attract employees in a workers’ labor market with flashy events and competitive perks.

For someone largely financed by Big Tech, however, Jubert’s attitude is surprisingly anti-social media, and anti-screen in general. “What we want to create is real emotion, make you feel lost and excited and all that, and even if there’s good marketing around it, you won’t get life memories through VR or through a digital escape game or whatever. This is not what people want. People want to, when possible, drop their phone and experience something powerful, and then be able to tell everyone about it.”

Jubert manages to come across as both mischievous and completely sincere, genuinely thrilled at the possibility of bringing joy to his guests, whoever they may be. He jokes about wanting to plan events for dictators or cartel bosses “just to see how mad they get and how big their dreams are,” and getting paid in diamonds like Nicholas Cage in Lord of War.

For those who remember the early days of paying €20 to scramble over walls in a condemned building, hoping the cops didn’t show up, the new billionaire-fueled extravagance of WATO might stir up a wave of nostalgia, or even jealousy. After all, with costs around €1000 per head, you might need to be a war lord to get a seat at the table, leaving the rest of us to dream, like WATO once did, of the days when our budget might finally match our wildest imaginations.

Jubert has hopes of turning some of WATO’s exploits into a TV show, saving some of his wildest projects for the small screen. So let the CEOs “drop their phones,” and become the stars of their own movie. At least one day, we might get to watch it.