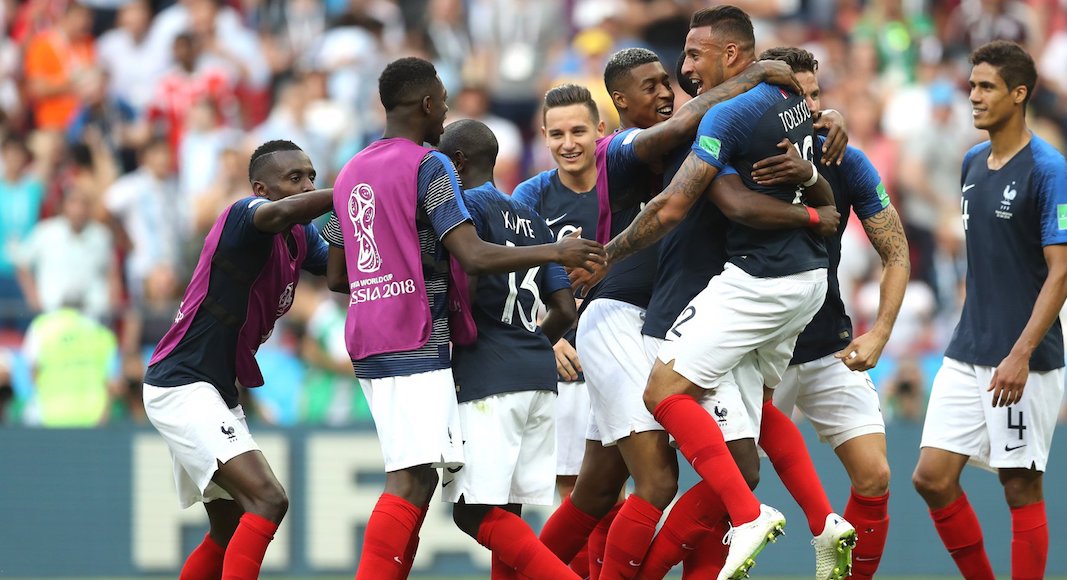 Where to Watch the World Cup with French Fans in Texas

This is the final fight before the a winner receives the title (fingers crossed it’s France!). The World Cup Final between France and Croatia will take place on Sunday, July 15 at 10am. These are our favorite places in Texas. Allez les bleus!

Where to watch the game with French fans

The Phoenix on Westheimer is the official meeting of the Bleus fans in Houston! It’s best to arrive at least half an hour before the match starts because the venue fills quickly. The matches are broadcast inside the bar and on the air-conditioned patio. Younger fans are welcome.
1915 Westheimer Rd, Houston, TX 77098. (713) 526-3100. Site

Mister Tramps Sports Pub and Café is owned by an Italian-born Scottish-born soccer fan, and his café quickly established itself as the meeting place for Les Bleus fans in Austin during this World Cup. For the final, expect that many fans of the French team will be there.
8565 Research Blvd., Austin, TX 78758. (512) 837-3500. Website

Justine’s is the other Bleus fan headquarters. French people and French fans in Austin will meet starting at 9am in this French restaurant to encourage the French team.
4710 E 5th St, Austin. (512) 385-2900. Website

Other non-French-fan-dominated places to watch the match

Located a few steps from the BBVA Compass Stadium, the Dynamo’s stadium, Pitch 25 Eado is the meeting place for Houstonian football fans. This beer bar has several screens, a nice selection of draught beers, and a discount for the Uber route offered with the code PITCH25.
2120 Walker St, Houston, TX 77003. (713) 814-8157. Site

To support your team, head for Discovery Green Sunday morning. The largest park in Downtown Houston will offer workshops to perfect your game, and of course, a giant screen to follow the game live.
Free admission, from 8am to 1pm. 1500 McKinney St, Houston, TX 77010. Website

On Sunday, the Circuit of the Americas will open the grand plaza to the public for a day of celebration around soccer. The car circuit, in partnership with Coca-Cola, promises two big screens for broadcasting, games, and live music. The festivities will start at 8am.
8am-2pm, free entrance. COTA’s Grand Plaza Lawn, 9201 Circuit of the Americas Blvd, Del Valle, TX 78617. Registerations here

Tacos, mimosas and soccer: in this bar in Uptown Dallas, The Happiest Hour, you can watch the game (the bar has nearly 25 screens) and enjoy brunch. And if you come as a group, dressed in your team’s colors, you can win a cocktail specially created for the World Cup!
2616 Olive Street, Dallas, TX 75201. Website

With a giant screen and no less than thirteen TV screens, The Irishman Pub will broadcast the final on Sunday morning. For fans of soccer and good atmosphere, it is THE spot to follow the competition. You can also play pool or darts after the soccer game.
18101 Preston Rd #102, Dallas, TX 75252. (972) 733-1852. Site

Watch the final while sipping a craft beer 100% made in San Antonio? It’s possible in this industrial style micro-brewery, the FreeTail Brewing Company. We’d recommend you to try La Muerta: it recently won the gold medal for beer aged in barrels at the Great American Beer Festival. On the menu, sandwiches, pasta and a wide selection of pizzas.
4035 North Loop 1604 W, San Antonio, TX 78257. (210) 395-4974. Website