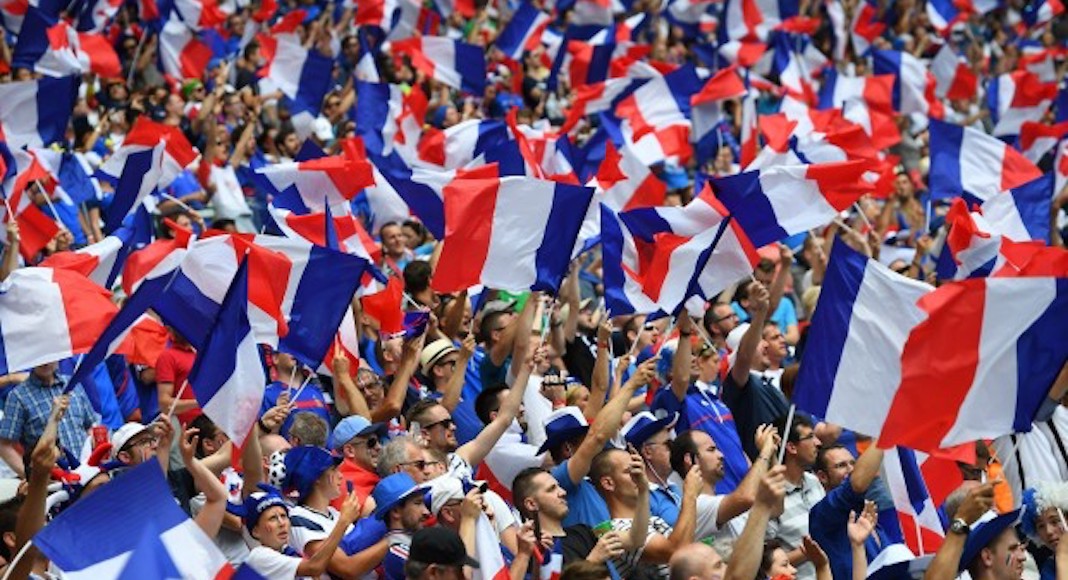 “On est en finale!”: the supporters of the French team let their joy burst on Tuesday in Los Angeles. Les Bleus will face Croatia on Sunday, July 15 at 8am (PCT) in the World Cup final. Here is our selection of places to cheer Didier Deschamps’ squad in Los Angeles.

Where You’ll Find the French Fans

Take out the blue-white-red make-up and head to the trendy Mama Shelter restaurant in Hollywood, which will broadcast the final. A champion’s breakfast will be offered.
Mama Shelter, 6500 Selma Ave, Los Angeles.

The French Market Café will live to the hype of the match on Sunday, and gather hoards of Les Bleus’ supporters in Venice Beach.
French Market Cafe, 2321 Abbot Kinney Blvd #200, Venice.

The atmosphere will exceptional at the Hollywood Liaison, starting at 7am Sunday. This event, hosted by the France Fan Club, will have a giant screen and a large screen by the bar. There will be French pastries and coffee ($10 dollars per person, which includes a free croissant upon arrival).
Restaurant + Lounge Liaison, 1638 North Las Palmas Avenue, Los Angeles.

You can support Grizou, Mbappé, and the rest of the squad at Pitchoun Bakery in Downtown. This Downtown bakery and pastry shop will broadcast the game while serving delicious pastries (just what you need — sustenance!).
Pitchoun Bakery, 545 S Olive St, Los Angeles.

A giant screen will also be installed for the final match in the garden of the Grove. Ladurée will offer a French lunch (coffee, mini-viennoiseries, juice, and tricolore macarons, $18 per person) to give the fans the strength to continue celebrating Bastille weekend afterward.
Ladurée, 189 The Grove Dr, Los Angeles.

Follow the match closely at Momed, which will broadcast the game, accompanied by a Mediterranean buffet.
Momed, 3245 Casitas Ave, Atwater Village.

La Poubelle Bistro will also open its doors for this World Cup final, where you can drink, eat, and cheer on France with fellow supporters.
La Poubelle Bistro, 5907 Franklin Ave, Los Angeles.