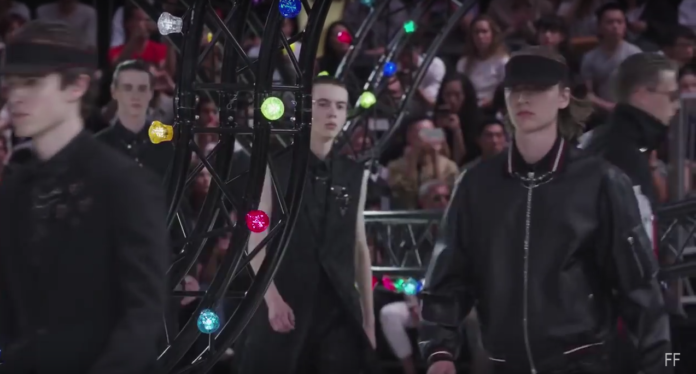 Not all eyes were on the Brexit this week in Europe. In Paris, Men’s Fashion week was in full swing as French designers debuted their Spring/Summer 2017 collections. (Yes, 2017. The fashion world is always a year ahead of the rest of us).

Menswear typically showcases variations on the plain suit and tie. When fashion designers branch away from the quotidien and into the avant-garde, it creates a particular frisson.

This year, at Dior designer Kris Van Assche’s fashion show, male models criss-crossed each other through a maze of  roller coaster Christmas lights. The men showed off “tough-guy” looks, with traces of punk style such as long black pants, leather, and sleeveless shirts that revealed pale arms. The collection also had a bit of  “sports chic,” with suit jackets made out of sports fabrics and stripes running down sleeves.

There wasn’t a lot of color in the collection. But hey, it’ s menswear.