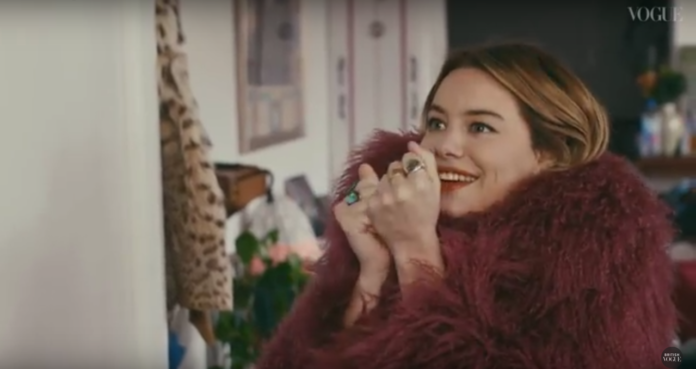 Take a look inside French model Camille Rowe’s closet for some French style inspiration. Not only has Rowe perfected the French way of dressing down, but she also has a truly magnificent collection of vintage t-shirts and more jackets than one can count. It’s a fashion-girl’s heaven.

In this video, Rowe takes British Vogue’s Bay Garnett through some of her favorite items in her closet, playing dress-up while also discussing how she puts together looks, and whether or not she dresses differently in France compared to while in the U.S.

Rowe only occasionally dresses up, preferring to wear a t-shirt and jeans most of the time. If she could raid the closet of anyone in the world, she says she would most love to raid the closet of a “very eccentric grandmother in the South of France or something.”

Over coffee, Garnett takes Rowe through some quickfire questions, asking whether she prefers New York or Paris (New York), heels or flats (flats), American men or French men (American men) and much, much more.

Watch their fun banter and get some inspiration for your own closet: