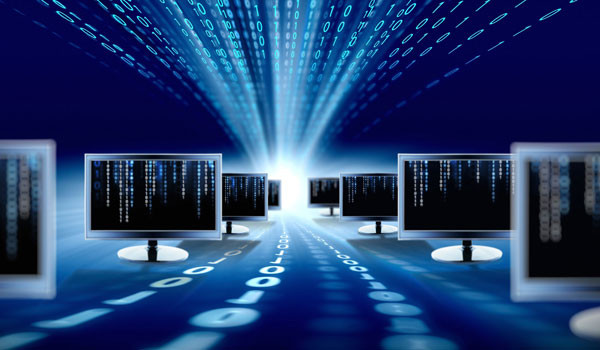 Bubble Wants to Put Coding in the Past

It’s the New York version of the famous Silicon Valley garage: a café in the East Village with an Internet connection. Here, Emmanuel Straschnov is preparing the next tech revolution. His invention, which he co-created with American Josh Haas, is called Bubble.is, and it’s so far-reaching it’s likely to change the lives of everyone who’s ever wanted to create anything web-based.

“On Bubble.is, you can create a complex website like Airbnb in about two days,” declares Straschnov. How? By eliminating the need for code. Instead, a system called “visual programming” allows users to create websites and applications by manipulating graphic elements. The code will still exist, but will be generated behind-the-scenes by the system itself. “You’d have to take the time to learn to use Bubble, but it’s not any harder than using Excel or Powerpoint. And it’s nothing like the hundreds of hours you’d need to master coding!”

With such a system, the whole logic of startup entrepreneurship is turned on its head, a fact of which the 31-year-old graduate of several excellent schools (Polytechnique-Ecole des Ponts and Harvard), is well aware. “Investors today are still obsessed with programming. They still think that the value of a startup is in the code, but they’re wrong: it’s the idea, the strategy, the marketing that make a difference. Airbnb isn’t a success because of the code.”

Straschnov envisions that one day 80% of websites and applications will be created without using programming language, but knows it will take about 20 years to reach that stage. That’s why he and his business partner have decided not to start to try and raise money: they’re convinced that business angels and venture capitalists won’t have the patience. Instead, Straschnov and Haas have been living on their savings and writing their program themselves. Since its ultimate purpose is to eliminate the need for more code to be generated, it has to be very sophisticated.

Straschnov and Haas aren’t the only ones who believe in the potential of visual programming, and the consequent end of the domination of programmers. Other startups exist in the same sector (Stamplay, Knack or IFTTT, to name a few). Straschnov doesn’t know whose program will succeed, but he’s sure of one thing, “The one who wins in this sector will be running the web in 20 years.”

In stark contrast to the serial developers populating Silicon Valley, Straschnov says he hopes that Bubble will be his last startup. “I’m completely convinced that I won’t be able to work on anything more fundamental than this,” he says, “By freeing the creation of websites and applications from the necessity of programming, we can multiply the number of potential creators. If we succeed, we’ll be the Windows of servers.” Did we mention he was ambitious?