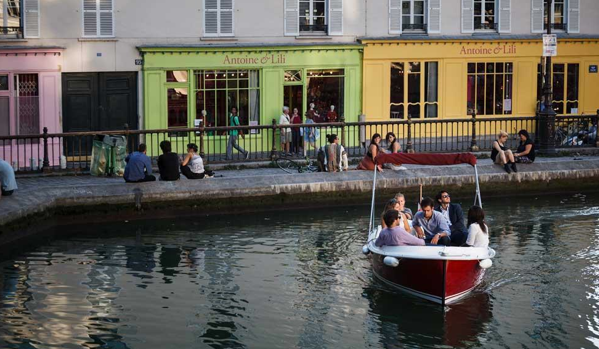 Visiting Paris with Kids? Sights that are Sure to Please, Rain or Shine

Some cities are best left to adults with very few entertainment options for those who stand under five feet tall. Good news: the French capital is definitely not one of them. On nearly every street lies the opportunity to marvel, discover, and go on an adventure. This week French Morning brings you four attractions prized by real Parisian parents — two for each type of weather forecast. Don’t forget to check back in the coming week for more gems to visit in Paris with kids.

The Cité des Enfants at the Cité des Sciences et de l’Industrie: It’s hard to find a Parisian youngster who hasn’t set foot in the Cité des Enfants some point in their childhood. The two permanent exhibits revolve around making the most of children’s curiosity, and having a fun learning experience. One exhibit is tailored to children aged two to five, and focuses on helping them develop their spatial and cognitive skills while playing with various experiments. The second exhibit, for ages five through twelve, takes kids through various themes where they can act as a TV presenter in a studio or learn more about the human body. Think of it as a theme park where instead of begging for toys and trinkets, children will simply be begging to stay a little longer to go through each activity again.

Musée des Arts et Métiers: Do you know any kids who, fascinated by the way things work, love to take them apart? Or should I say, do you know any who don’t (unfortunately for your appliances)? Show them how repairs and engineering discoveries were made once upon a time at the Musée des Arts et Métiers. The museum is home to the largest industrial and technological collection in the world so it’s pretty much impossible not to be wowed once you’re inside. From Louis Blériot’s plane that was the first to cross the English Channel to a replica of chemist Lavoisier’s laboratory, this is as good as it gets for junior inventors. Watch out, adults: the kids might end up having to pull you away from Foucault’s mesmerizing pendulum.

The Jardin d’Acclimatation: Easily accessible from the main metro line 1, this park is a few short stops away from the Champs Elysées, but offers an entirely different kind of entertainment. The garden is home to an old-school amusement park that shows you don’t need a Space Mountain to have a healthy dose of fun. Rides and activities are pretty much open to children of all ages, so nobody will feel left out. One of the rides, the Enchanted River, takes you on your own boat around different sceneries, on a winding river. There’s a nostalgic whimsy in the air that will delight children, and make adults wonder whether they’re in 2015 or 1975. Either way, it’s the perfect place to take a break and mix in with local families.

Marin d’Eau Douce: Think that special feeling of discovering something all to yourself is impossible in a tourist-ridden city? Think again. The Canal Saint-Martin and Canal de l’Ourcq in the northern districts of Paris are away from the hustle and bustle of the Seine with its Bateaux Mouches and with their own distinctly Parisian charm. Take a few hours, or even the whole day, to discover them at your own pace with a boat of your own. Marin d’Eau Douce rents out electric boats, no boating permit needed, and gives you the best itineraries for a family outing. Looking to stay inside city limits and see some unexpected underground sights? They can point you towards that. If going outside of Paris and into lush, quiet forests is your thing, well, you can do that too. Life jackets ensure everyone stays safe, and all children over six months old are allowed on board. Bon voyage!