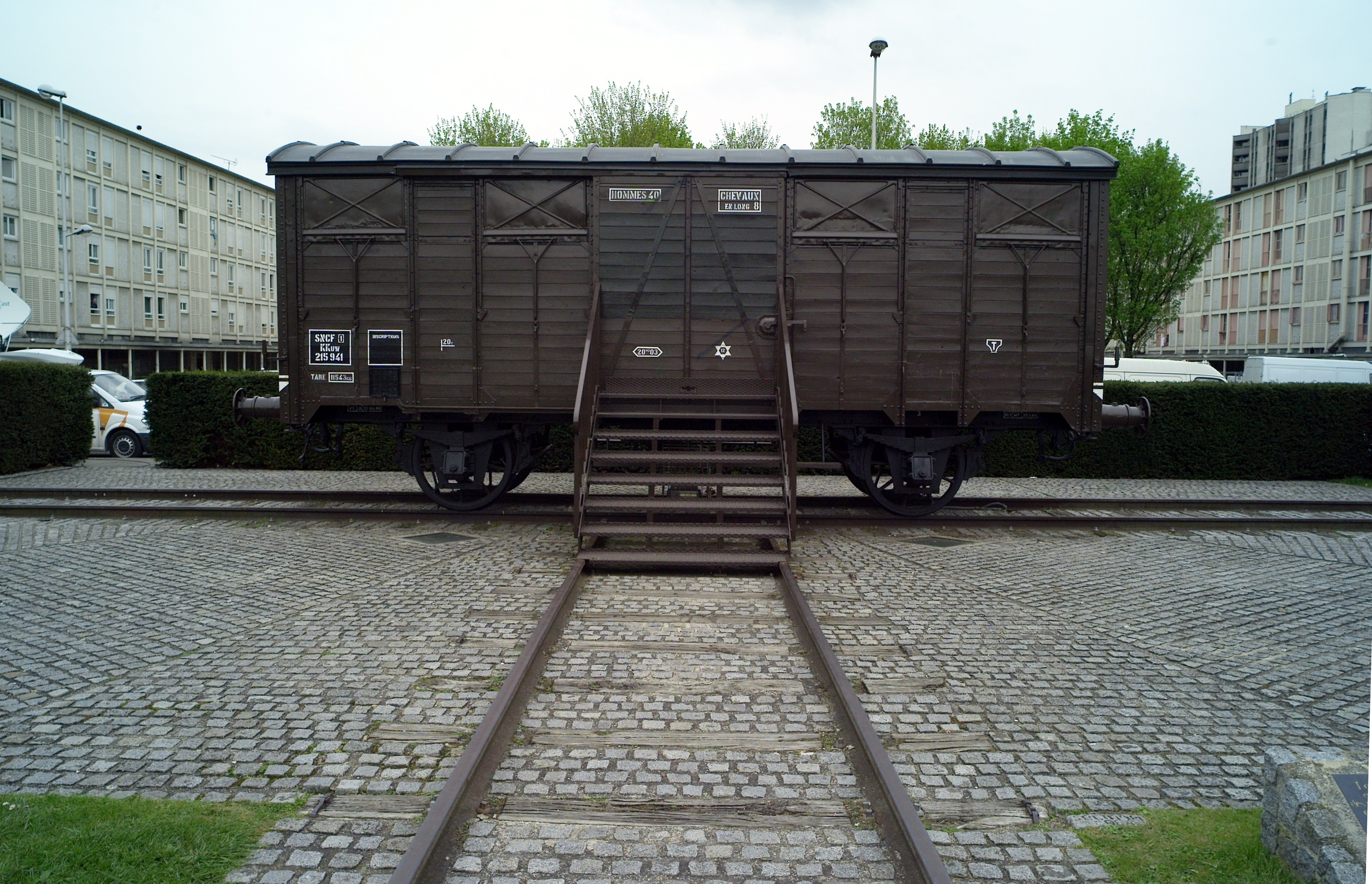 To this day, Rosette Goldstein can’t ride a train without feeling nervous. “I remember seeing soldiers on the train,” she says of a day more than seventy years ago when she was four years old and living in France during World War II, “I can remember the soldiers with the guns right outside the windows of the train and I can remember knowing exactly what was happening.”

At the time, Jews of all ages and origins were being deported by the thousands from France and sent to their deaths at Nazi concentration camps. On the train ride she describes, Goldstein’s gentile neighbor was taking her to hiding in the French countryside. “I knew that I was being hunted,” she said, “I knew that I was being hunted because I was Jewish, but I didn’t know what that meant.” For her and others, the Vichy period in France has its heroes, like the Martin family who helped Goldstein hide, and villains, like the French railway company SNCF.

“During World War II, SNCF provided the trains, cars, and manpower necessary to deport approximately 76,000 Jews and thousands of other “undesirables” from France toward Nazi death camps,” reads a statement on the website of the Coalition for Holocaust Rail Justice. By protesting SNCF bids on US contracts, the Coalition, survivors and US lawmakers have sought an admission of guilt from the SNCF for their role in the Holocaust. With a $60 million settlement signed between the French and US governments last week, they feel that they have finally succeeded.

It’s not the first time France has agreed to pay compensation to Holocaust victims. After Jacques Chirac became, in 1995, the first president to officially  admit France’s complicity in wartime deportations,  compensations were paid on a much bigger scale to victims of spoliation. This new fund set up by the US and France is open to anyone not hailing from a country that already has a bilateral agreement from France.

In response to demands that it admit guilt, the SNCF has consistently pointed to the fact that it was acting on orders by the occupying Nazi forces. In 2011, company president Guillaume Pépy formally apologized to Holocaust survivors after a protest against the company’s bid on a high-speed rail project linking Orlando and Tampa. Even as he expressed his “profound sorrow” for what took place under the Nazi occupation, he characterized the railways as beholden to the demands of a violent occupying force.

Some historians agree with Pépy: Nazi-hunter Serge Klarsfeld stated in a Libération article that SNCF was being unfairly targeted in the US. “All that Deutsche Bahn had to do to be exonerated was change its name from Reichsbahn to Deutsche Bahn. You can also contrast SNCF with Siemens, which used the German concentration camp system to forced tens of millions of prisoners to work.” In a New York Times piece, Klarsfeld’s son Arno, a lawyer and historian, pointed to the SNCF workers who themselves were targeted or who resisted. “This American pressure on the SNCF has tarnished the memory of 1,647 train drivers who were executed or deported and never came back.”

Meanwhile, the sincerity of SNCF’s apology when the company stood to gain from a lucrative contract was debated even in the French press. For the survivors, it was clear that more would be needed to put the matter to rest. The  New York Times quoted Harriet Tamen, a lawyer representing more than 600 survivors and victims, as praising the Pépy’s statement as a first step. “Now they should take the next step and pay reparations to the victims.”

Survivors got a second opportunity to confront SNCF this year when US subsidiary Keolis sought to bid on a Maryland light rail project. Goldstein was at the Maryland State legislature to express her disapproval. “I wanted SNCF to admit that they were guilty in helping the Nazis. They were paid per head and per kilometer. I always say that M. Mme Martin chose the right way. They saved a jewish child. and SNCF did not.”

The roadblocks seem to have been the last straw: the settlement agreed upon between the US and France sets up a fund for survivors and/or their families and prevents any further groups from seeking Holocaust deportation reparations from SNCF as a requisite to competing for US contracts. In a statement on their website, the Coalition for Holocaust Rail Justice welcomed the decision as “recognition of the horrific Holocaust-era actions perpetrated by the French national rail company, Société Nationale des Chemins de Fer Français (SNCF).”

According to a fact sheet from the US Department of State, the accord must be ratified by French parliament before taking effect. “Following entry into force, the United States will publish a notice of the program, including the information needed for the filing of claims. Claimants will then be afforded an adequate period of time to file their claims through a fair and streamlined procedure.”

Goldstein spoke with French Morning after she attended the signing of the agreement in Washington, DC. She explained that all of her efforts had been carried out in memory of her father. “I adored him and he adored me,” she said, describing how he would visit her every night after she went into hiding, arriving on his bicycle whistling a familiar tune. One day, the visits stopped. “My father and the other men were taken by a truck to a train station and they were put on one of those death trains. I never saw him again. I never had the chance to say goodbye.”

It’s a story Goldstein must have told hundreds if not thousands of time, but her voice still catches when she describes how her father was murdered a mere five days before his camp was liberated — a fact that no amount of compensation or time can change.

U.S.-France Agreement on Compensation for Certain Victims of Holocaust-Related Deportation from France Who Are Not Covered by French Programs