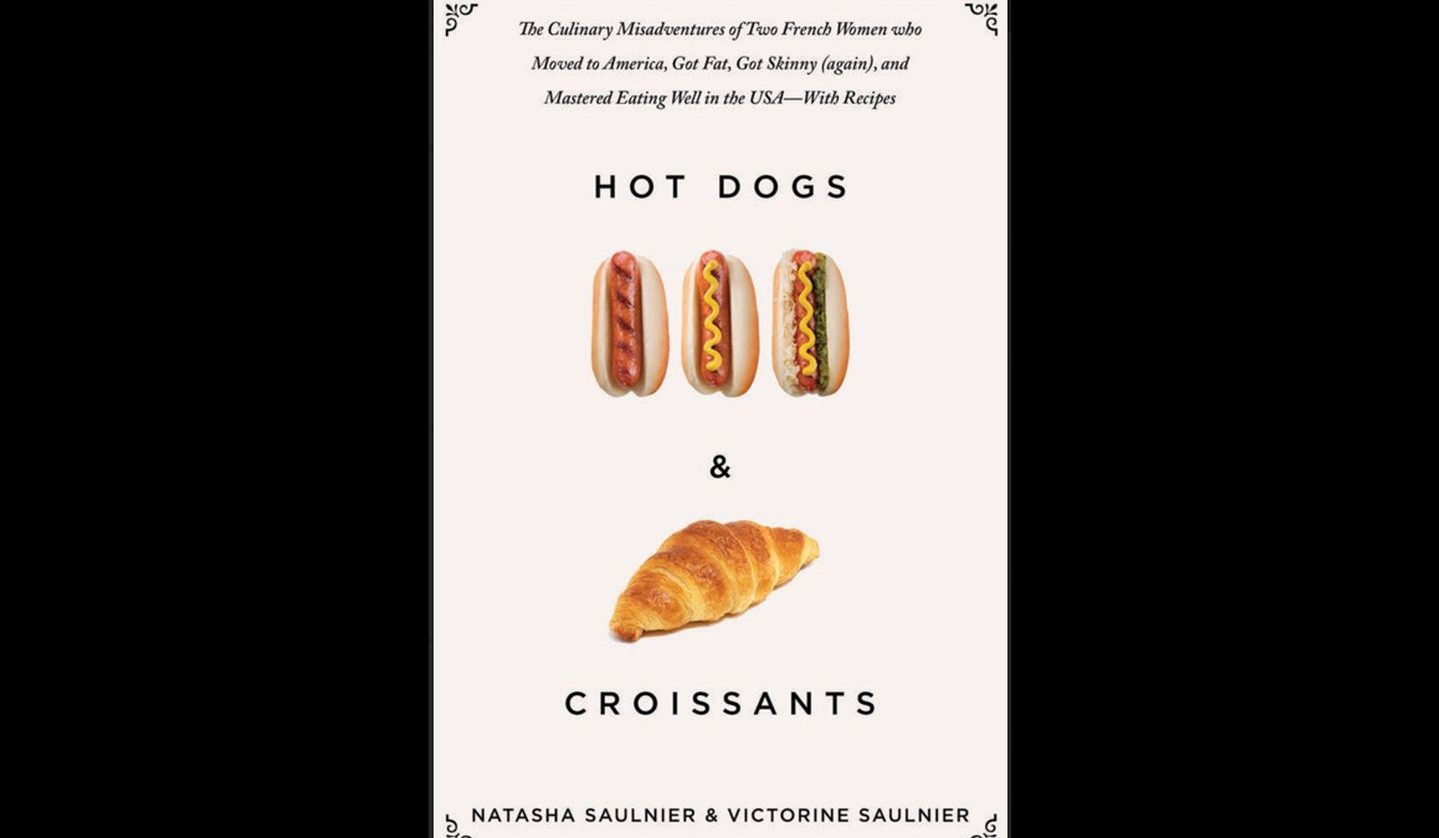 If you’ve ever started a friendly conversation with a French person only to find yourself apologizing moments later for things like fast food and the death penalty, you’ll probably feel a sense of familiarity reading Hot Dogs and Croissants, a book by French journalist sisters Natasha and Victorine Saulnier about their discoveries while on a reporting tour of the US.

As the book opens, academic and amorous rejections have the Saulnier sisters looking for a fresh adventure to help them forget. Very soon they are on a plane to the US with several stories commissioned in all of the spots that seem to endlessly fascinate the French: West Virginia’s evangelical Christian Community, Texas prisons and homeless people living in abandoned New York subway tunnels.

At 226 pages (with recipes!), Hot Dogs and Croissants may look like a light summer read at first glance, but be prepared for some politics: the lengthy subtitle (The Culinary Misadventures of Two French Women who Moved to America, Got Fat, Got Skinny (again) and Mastered Eating Well in the USA) doesn’t cover half the subjects taken on in the book. Even food is political, and perhaps especially so, since food is central to the French sisters’ identity. Disillusion and disgust are first on their US menu, as they witness the infamous Cony Island July 4th Hot Dog Eating Contest.

“Our mother had always taught us that quality was more important than quantity in everything but even more so with food. Didn’t the contestants know that they could smother themselves with food? That they were hurting their internal organs? That half of the planet was starving to death?”

It will be the first of many disappointments the authors encounter throughout the book.

The two main characters explain many of their traits by their Frenchness: their understated elegance, their healthy eating habits (which American fast food assaults from every angle), their political consciousness and outspoken nature. As journalists and death penalty abolitionists, the “highlight” of their reporting trip is a visit to Texas’s death row. The chapter involves them sneaking into death row to see it for themselves, as well as interviews with two inmates sentenced to death. It is a sobering account that you’d never expect to find behind the cover of a book that features colorful photos of wieners.

Along the French duo’s trip and especially in Texas, they encounter Americans who seem to be right out of the movies. The larger-than-life characters materialize like magic from Native American elders with their “legendary wisdom” and “harmony with Nature” to the “plump peroxide-blonde” waitress and the two “blue-eyed,” “Hollywood-handsome” cowboys. Natasha and Victorine fall in love, fall out of love, transform physically, and go home with plenty of stories.

Hot Dogs and Croissants is about confronting clichés and misconceptions. Its tone reveals the complexity of the task, oscillating between sensual discovery and political rant. Reading it can be an important primer for Americans who’ve never seen their country through French eyes. If it leaves a bad taste in your mouth, don’t forget the recipes: there’s a really nice one for potato leek soup.