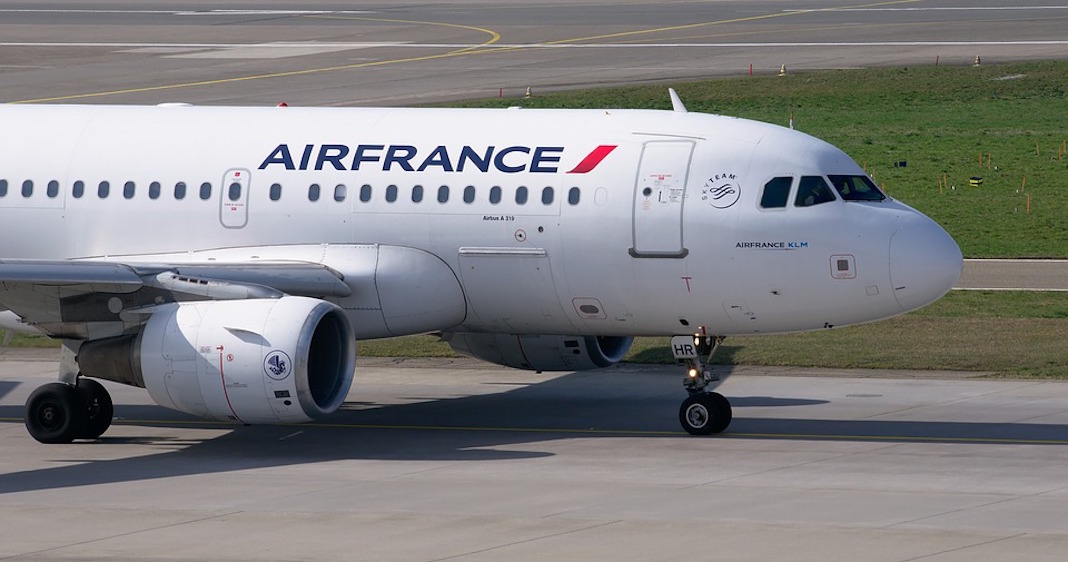 In anticipation of a the arrival of new management, and following the release of financial results for the first quarter of the year, we take a look at the changing face of Air France.

A New Captain in the Cockpit

Air France-KLM CEO Alexandre de Juniac is due to leave his post at the end of July after a bumpy cost-cutting drive, to become chief executive of the International Air Transport Association IATA, the trade association of the world’s airlines, according to a Wall Street Journal report. The restructuring program launched by Mr. de Juniac in 2014 faced opposition from unions that came to a head in October 2015 with the infamous affair when a group of demonstrators descended on two of the company’s top officials and tore their shirts off in front of TV cameras.

On May 1 the board of the Air France–KLM Group officially appointed Jean-Marc Janaillac, head of bus and train operator Transdev, as CEO and Chairman. Air France has threatened to cut thousands of jobs and close long-haul routes unless it can gain concessions from pilots and employees. Talks with the unions are continuing, and Mr. Janaillac brings with him an extensive experience dealing with labor organizations, which may have been one of the key factors in favour of his appointment.

Air France resumed Paris-Tehran flights on Sunday April 17 after an 8-year ban. The reopening of the route brought in a row in which the carrier’s air hostesses and female pilots objected to Iran’s rules requiring them to cover their heads whenever they are not on board planes. As reported by the Financial Times, the airline reached a compromise and said that female staff are allowed to refuse to work on the Tehran route without facing punishment, but those who do fly into Iran will have to follow local Islamic law and wear a veil. Although alcohol is banned in Iran, Air France operates a full catering service on board its flights, as the enforcement is less strict on the consumption of alcohol in private spaces.

Who has never been frustrated when the plane lands just when they are in the middle of watching an interesting film? From May 7 to 21, 2016, in connection with the Cannes Film Festival, Air France introduced Cinema to Go, a unique chance for passengers to watch or finish watching a selection of films which have won awards at the Cannes Film Festival on certain flights from Los Angeles to Paris-Charles de Gaulle. Will this be a possibility for all passengers in the future?

Since April Air France offers passengers the option to order a delicious full meal created by chef Jean Imbert, winner of the French version of Top Chef in 2012. For a new “gourmet experience in the sky” the menu includes a cold starter with organic quinoa, a poached egg and tarragon, a warm stew to “remind you of your childhood”, and a fruity fondant dessert. This initiative illustrates Air France’s ambition to offer passengers a more personalized trip. The meal can be ordered for 21 euros or 7,000 frequent-flyer miles as an alternative to the standard menu offered on board on departure from Paris, on long-haul flights in Economy and Premium Economy.

In 2015, Air France was voted the world’s most improved airline. The company is continuing to upgrade its long-haul cabins and will start to equip its Airbus A330 with its new travel cabins as from the end of 2017, having already equipped the Boeing 777 fleet.

In the business cabin, the seat adapts to the shape of each individual, from seating position to a real 2-metre long bed, with a soft duvet and XXL-sized feather down pillow, and an indivudal tablet device to access the entire entertainment program is available on all classes of service.

An Ambassador for Paris

Air France flies the flag for France in general, and Paris in particular, specially after the impact the November attacks had on the travel and tourism industry. The airlines brought a Parisian vibe to the neighborhood of Williamsburg, New York. On one of the brick walls in the neighborhood, artists have reproduced one of Air France’s advertising campaign posters which will be relayed in the USA in May 2016. As the video shows, the wall painting depicts the new visual promoting Paris – the Parisian woman sitting at a café terrace.

The latest marketing campaign for Air France has taken a light, airy and chic “France is in the Air” theme, even for the onboard safety announcement.

With the tragic crash of Rio-Paris Flight 447 in 2009 that claimed 228 victims, came a long-drawn search for the black box from the floor of the Atlantic Ocean. It took nearly two years for investigators to determine that the fault had been caused by the sensors on the airplane icing over when entering a storm, rendering flight instruments useless. As a result, the flight crew were disoriented by the bad information they were getting. As reported by Time, they consequently appear to have crashed an airplane that was perfectly able to fly. The results of the investigation have turned into a protracted legal battle with both Air France and the families of the victims contesting the investigator’s findings.

In November 2015 the Paris attacks presented a particularly tough challenge for the French flag carrier. The airline announced its first quarter financial results on May 4, posting revenues of 5.6 billion euros, and a net operating loss of 99 million euros. “Air France-KLM is continuing to deliver a clear improvement of its financial indicators in the First Quarter 2016,” Chairman de Juniac said, “all the staff can legitimately congratulate themselves for their efforts producing results.”

After a ruling by a Paris appeals court permitting Air France to implement the 2012 cost -cutting plan that was delayed because of opposition from the unions, the company is expected to start applying in June. This comes amid widespread protests and strikes in France over labor law reforms.