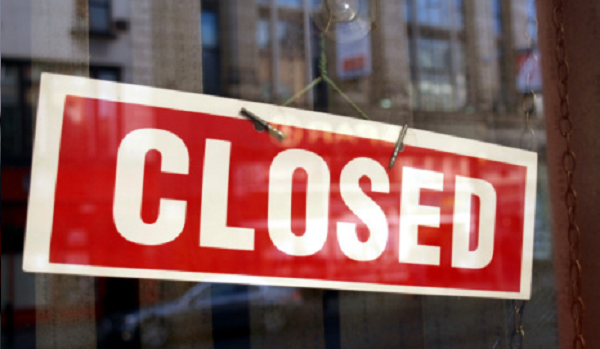 Is it true that Americans, just like the French, want to work less?

For all the French who can’t bear to hear one more Anglo-Saxon businessman heaping scorn on French working habits, alleging the French don’t know how to work hard, that France is “sclerotic” and “hopeless”, that people and things don’t work in France —well, have a look across the Atlantic. At the moment, it appears that some Americans, like the French, have decided that optimizing all opportunities to earn money is not something they want to continue doing. And it’s become, also like France, a public controversy.

It turns out that just as France’s Economy Minister, Emmanuel Macron, is proposing legislation —just last week— that would make the controversial option for businesses to stay open on Sundays considerably easier, stores in the United States are declaring that they are, despite enormous consumer demand for the contrary, staying…closed on Thanksgiving. Are the French Americanizing and the Americans Frenchifying?

The issue is the Thanksgiving holiday and whether stores should remain open or not. In brief, for those not familiar with the context: Thanksgiving takes place on the last Thursday of November and is the most important national holiday for Americans—by far more important than Christmas—a moment when essentially all families, whatever their religion or class, return home and come together for a ceremonial meal (around turkey).

And why line up in the middle of the night? Herein lies the controversy, which already started gaining momentum last year and has become, in some instances, an outright conflict this year. It’s called “Black Friday Creep”, and it’s the phenomenon of stores opening earlier and earlier on the Friday after Thanksgiving in order to get the most out of the commercial fervor of the day: first it was 8am on Friday, then it was 6am, and then, in recent years, it was on Thanksgiving Thursday itself.

But now, some Americans don’t want to work on Thanksgiving day and are pushing back. And stores are listening. After actual protests last year—yes, actual Americans actually objecting to stores’ staying open too much, officially disqualifying any derisive American comments about the French spending more time protesting than working—numerous stores, including massive U.S. chains like Costco, Marshall’s, TJ Maxx, Barnes & Noble, and Crate and Barrel (among many others), are making a point of announcing that they are staying closed.

And the reason is, in part, exactly the same as the French reason for objecting to Sunday store openings: that these days are a time for families. Sundays, like Thanksgiving, are a time that should be reserved for people to spend time away from work and with their loved ones. It’s wonderfully ironic that big US commerce and French unions (the main force behind the opposition to Sunday work) should find common ground…on family values. Maybe in our fragile post-recession global economy, this could be an improbable theme for a new Franco-American entente.

But as is often the case when there seems to be a meeting of ideology between France and the U.S., the similarities are probably somewhat superficial. Underlying the French far left’s objection to Sunday work is not only a belief that, yes, Sundays are better spent enjoying leisure and one’s family, but also that allowing Sunday work (currently illegal, for the most part, in France) is a slippery social and legal slope. That the opportunity for workers to choose potentially to earn more by working Sundays (a lot more! Sunday work is often paid double and then compensated with extra, legally-mandated days off) is a false choice that is masking what will become a new constraint on one’s freedom not to work: an implicit pressure to accept extra hours you don’t necessarily want, either tempted by economic opportunity or the fear of consequences if you refuse. The real reason underlying the French opposition is a much greater ideology about society and happiness and what makes life good. And one of those things is not working.

It seems unlikely that this is what French unions have in mind when they speak of family values…it may be that the only ideology French and Americans really share is a latent strain of Jesuitism.