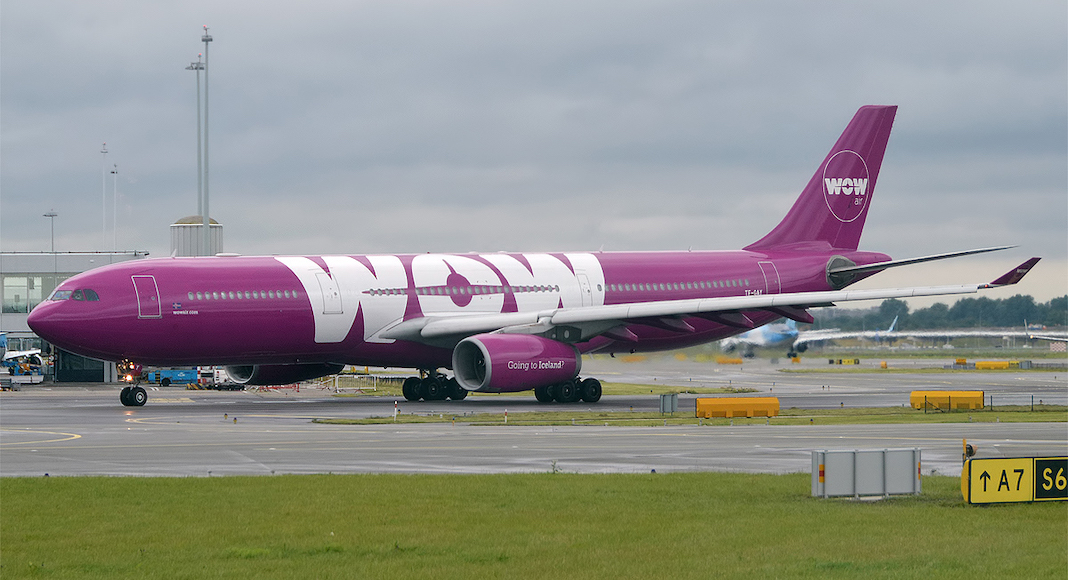 The Icelandic airline WOW Air, which offered low-cost transatlantic flights via Reykjavik (Iceland), announced at the end of March that it would cease operations and cancel all its flights. In October 2018, it was Denmark’s Primera Air that filed for bankruptcy, before Norwegian Airlines’ decision to cancel some of its routes between Europe and the United States in February this year. After years of strong growth, is this the slow death of transatlantic low cost flying?

Launched in 2011 by Icelandic entrepreneur Skúli Mogensen, WOW air offered low-cost flights between Paris, Lyon and several American destinations (New York, Boston, Washington, Los Angeles, San Francisco, Miami and Pittsburgh). The company’s financial situation deteriorated at the end of 2018 and its fate was sealed in March when discussions about a takeover, first with the Indigo Partners investment fund and then with the Icelandair group, failed for good.

“They were too ambitious,” says John Strickland, a British aviation expert who has worked with British Airways and KLM. “They attacked the market with careful marketing, but they did not properly anticipate the surge in fuel prices in 2018 (36% increase between 2017 and 2018, according to the International Air Transport Association) and increased competition in the sector.

Created in 1978 in the United States, the low-cost airline model spread in Europe in the early 1990s. “The most disciplined airlines like Ryanair had a fantastic success at the time, thanks to a strictness around operating costs that allowed them to offer very low prices,” explains Strickland. “A little over ten years ago, some companies tried to adapt the success of low-cost to long-haul flights. But long-haul flights have many constraints. Companies must invest in new, better performing, larger and more expensive aircrafts that are difficult to make profitable. Transatlantic flights are much more seasonal and it is difficult to get crews to work for more than 24 hours, which prevents them from having a certain productivity with very regular flights.”

While the British expert believes that the millennials (those born between 1981 and 1996, approximately) are the main target of long-haul low-cost flights, he adds that you should not put all your eggs in the same basket. “That’s the problem WOW air had. The company focused on price-driven customers, but they also needed business-class customers or to offer flights to other less competitive destinations.

For its part, XL Airways is striving to pursue this diversification strategy. Founded in 1995, the low-cost French airline offers flights to four major American cities (New York, Miami, Los Angeles and San Francisco), but also to Martinique, Guadeloupe and Reunion Island. “We have been very affected by the rise in fuel prices as well, but we have kept niche markets that work well,” says its CEO Laurent Magnin. For the French entrepreneur, it is not necessary to question the low-cost model but rather the strategy of certain airlines. “Newcomers take a lot of risks. They want to gain too much market share too quickly.”

“What makes WOW air different from a Primera Air? Nothing,” adds Frédéric Revol, Sales and Marketing Director at XL Airways. “They recreated a model that can be copied over and over again with a simple base price and a whole host of add-on options. At XL, every customer benefits from at least a screen and a hot meal during their flight, and we have developed a strong identity, with a ‘fun’ and ‘French touch’ image that appeals to Americans,” he says.

However, the recent failures of Primera Air and WOW air has not dampened the appetite of companies in the sector. After XL Airways, Norwegian, French Bee, and La Compagnie (specializing in low-cost business class flights), the French airline Corsair is launching a Paris-Miami route on June 9 and the IAG group (British Airways and Iberia) launched its low-cost option, Level, in June 2017, which links the United States to Paris and Barcelona. In April, JetBlue announced the opening of transatlantic flights between New York, Boston and London for early 2021. Evidently, JetBlue also hopes to gain a share of a fast-growing market that carried more than 10 million passengers in 2017 between France and North America alone.