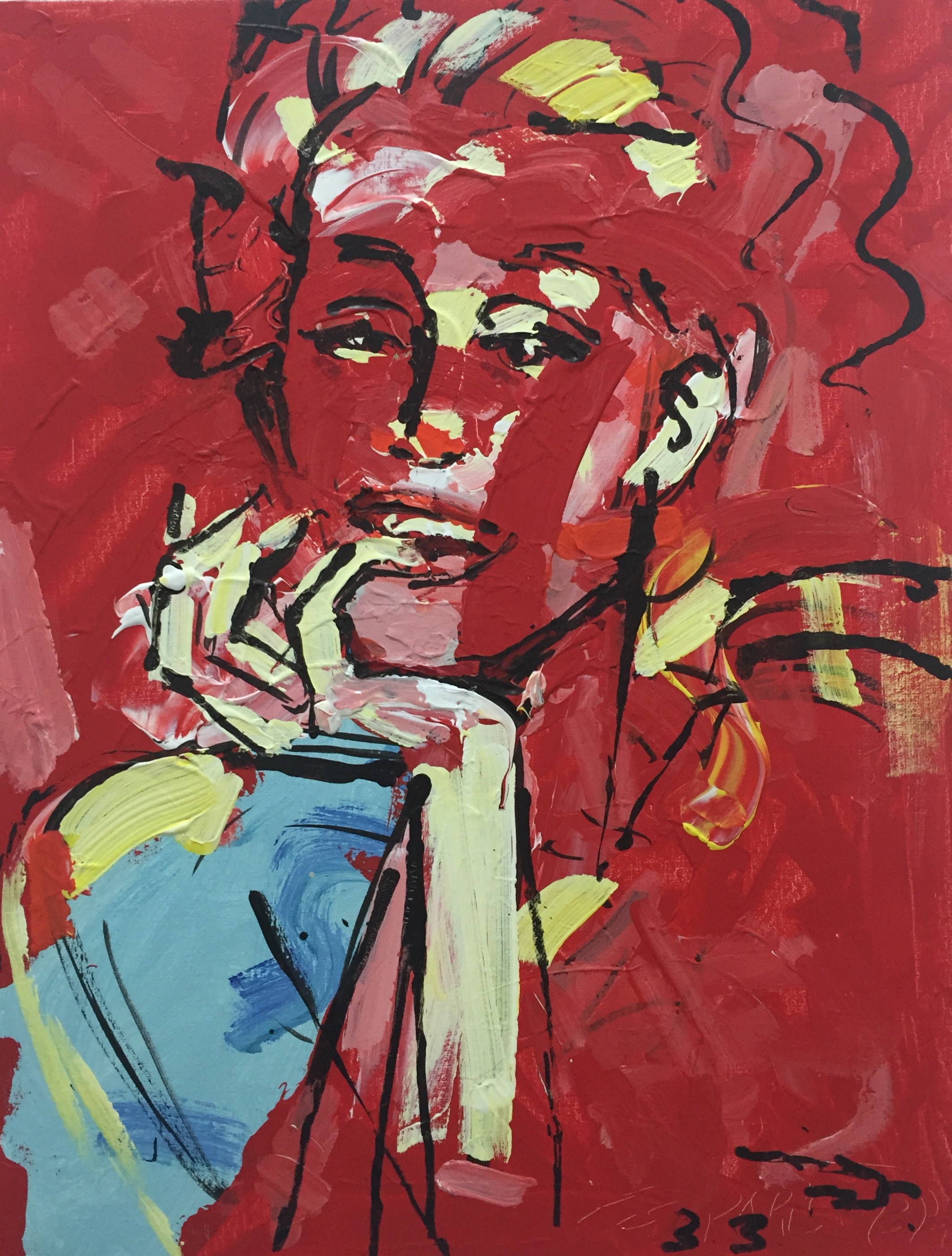 Love is often shown with chocolate, flowers, and romantic getaways. Paris, however, never a city to be conventional, is showing its love for NYC with an art show, Paris Contra New York, imported straight from the City of Lights.

“There’s a love between Paris and New York,” says Myeong-Hee Kim, director of the Galerie Beauté du Matin Calme in Paris and coordinator of the show in NYC. “Parisians love New York, it’s the hot spot destination to be, and, similarly, New Yorkers love Paris.” And while New Yorkers might not want to admit love for anything (besides express trains), consider the number of French restaurants, stores, fashion and art exhibits in NYC. New York loves Paris.

For all the New York lovers of Paris, this exhibit will certainly fuel the fire in their heart. Once you step into the gallery, you’ll feel like you’ve teleported to a trendy French gallery by the Eiffel Tower. “It’s a little bit of Europe that’s been displaced into New York to show off the talent these French artists have to offer,” says Kim. More than 50 French artists, whose mediums range from painting to sculpture, in styles ranging from impressionism to art nouveau, will be featured in the show. Kim is very proud of the work they’ve brought over. “We’re showing a small amount, but we’re showing something that is representative of France.”

The art in the show will not only show some love for the city that never sleeps and the city of lights, but also highlight the differences between the two art communities and trends. “A show is a good opportunity to show the difference between French and American artists, because in each country there are good artists but the colors and mediums and subjects vary from country to country,” explains Kim. Paris Contra New York is a part of a second series of shows titled Regards Croisés (or Crossing Glances). The series was first put on last year by Galerie Beauté du Matin Calme and, thanks to its popularity, is in its second year.

Space in Art New York will be housing the French show for its week-long stint in NYC August 31st-September 6th. Space in Arts is located just off the High Line at the south end of the Chelsea galleries neighborhood. The opening reception was held on Thursday September 1st, from 6:00pm-8:00pm. “At the reception, you’ll get to see the art and the artists who have come from France and get to talk with them,” Kim exclaims, unabashedly excited about the show. “Everyone should come. We want New Yorkers to see France and feel the love.”