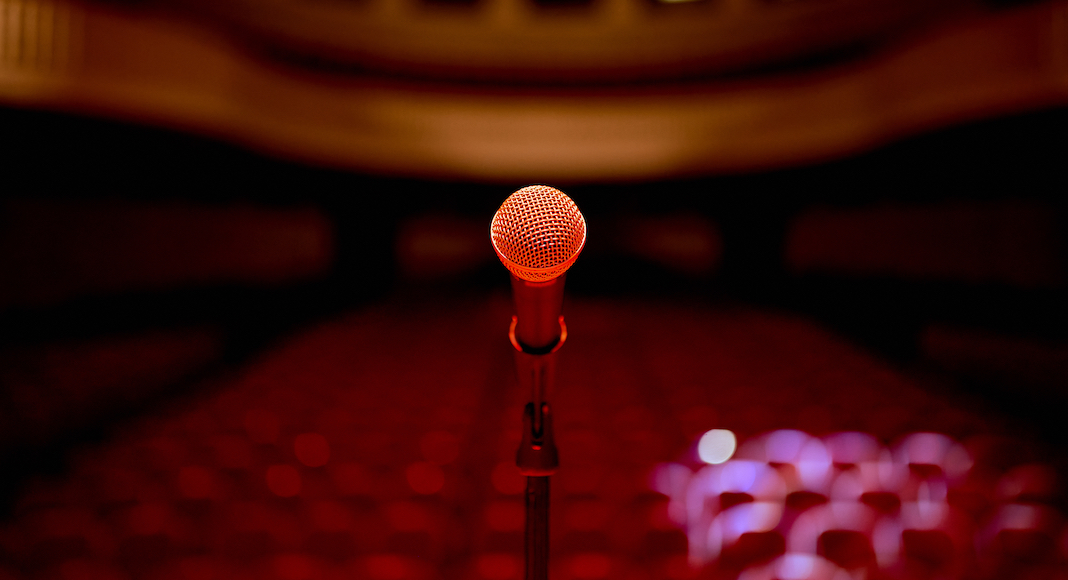 Over the last few years, France has experienced a stand-up comedy boom thanks to American influence and a demand for French-language content to rival that produced in English. Stars like Gad Elmaleh and Fary have found not just national fame, but international acclaim, with specials on Netflix encouraging more young talent that there is a place for them on a global stage. Here are just some of the comedy clubs that have popped up around Paris, where you might spend an hour or two doubled over with laughter.

Le Paname (named for the old school gangster slang name for Paris) is a bright and trendy comedy club steps from the Canal Saint-Martin. It’s a great venue for grabbing a bite upstairs and heading into the brick-walled comedy cellar to catch some of France’s best upcoming standup talent, both in French and English (French Fried Comedy does regular English-language shows there). While they are currently not offering shows, they have been curating some fantastic talent on their YouTube page.

The project of French comedy superstar Fary, Madame Safarti is located right in the heart of Paris, steps from the Louvre. It’s a curated comedy experience: you pay a flat fare of €20.50 for a ticket, and get to see four vetted comedians in one hour-long show. The fun part? You won’t know who you’re seeing until you get there. You’ll just have to trust the founder’s impeccable comedic tastes. And the club may be “English-style,” according to their website, but the jokes will be in French. Shows run Wednesday through Sunday, but the next available tickets are for June.

This 100 seat, 2nd arrondissement performance space hosts a wide variety of comedy performances that range from American-style stand-up to more traditional French comedic forms. Le Métropole is currently waiting for government guidelines to allow for new performances, but when they resume, shows will run most nights with tickets in the €22 range.

Five nights a week, Café Oscar hosts comedy shows ranging from scrappy newbies to veteran players. Tucked away in the 2nd arrondissement, you might blink if you miss it, but this hidden gem is lauded as one of the best comedy clubs in Paris. Keep an eye out for tickets here.

Located in the Barbès section of the 18th arrondissement, Barbès Comedy Club is perhaps best known for its association with Sebastian Marx, a New York native based in Paris who performs stand-up comedy in both French and English. His New York Comedy Night, which runs every Sunday evening, is always a hit with expats and Parisians hoping to brush up on their English. The club is built as a kind of school of stand-up, offering open mics, master classes, writing workshops, and more (they even have a comedian’s guide on their website). Barbès Comedy Club is currently set to reopen on May 21.

If even the idea of standup makes you queasy, steer clear of La Nouvelle Seine, a theater, performance space, and restaurant on a boat on the Seine. It’s a staple of the French comedy world, having been host to some of the best names in French, English, and bilingual comedy. Tickets are currently available for shows starting in June, and run about €21.