Paris has always been known for its café culture. But any kind of coffee culture in the espresso-fueled city has been a long time coming. Accustomed to the bitter, chicory-flavored monstrosity served in tiny Illy cups and saucers with tubes of sugar and a miniature spoon, the French have expressed no specific desire for Brooklyn-grade beans. So Brooklyn began to take the grounds to Paris with it.

Over the last ten years, “coffee shops” (a word with no French translation) have begun springing up in Paris, typically in neighborhoods run rampant with gentrification. Most of these are run by Americans or Australians, but almost never by born and raised Parisians. They are small and expensive, because importing beans from anywhere not supplied by a French coffee giant is a difficult task. But if you know where to look for them, you can find some absolute gems. 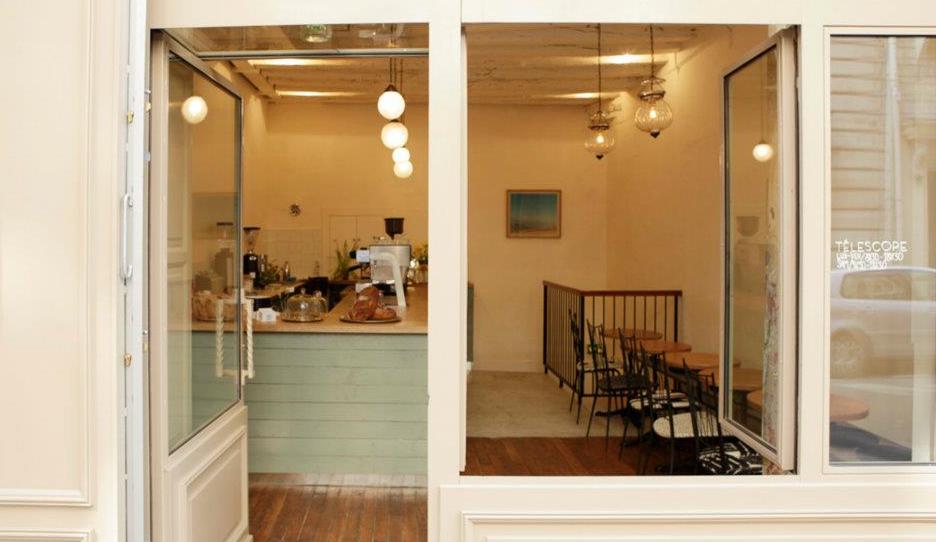 Télescope, one of the first third wave coffee shops to enter the scene in Paris, led the coffee culture revolution, albeit quietly. Founded by photographer-turned-barista Nicolas Clerc, the shop has the chic, minimalist aesthetic common to these types of cafés. Clerc, a Frenchman trained in New York in the art of the grind, brought back his knowledge and transformed it into a coffee snob’s dream. “In France, most people expect coffee to be bitter and to wake them up. They put sugar in, close their eyes and down it in one or two gulps. It’s like medicine,” says Clerc. Every cup of Télescope coffee comes with its own extensive backstory, so that drinkers can understand not just how good their cup is, but why. – 5 Rue Villedo, 75001 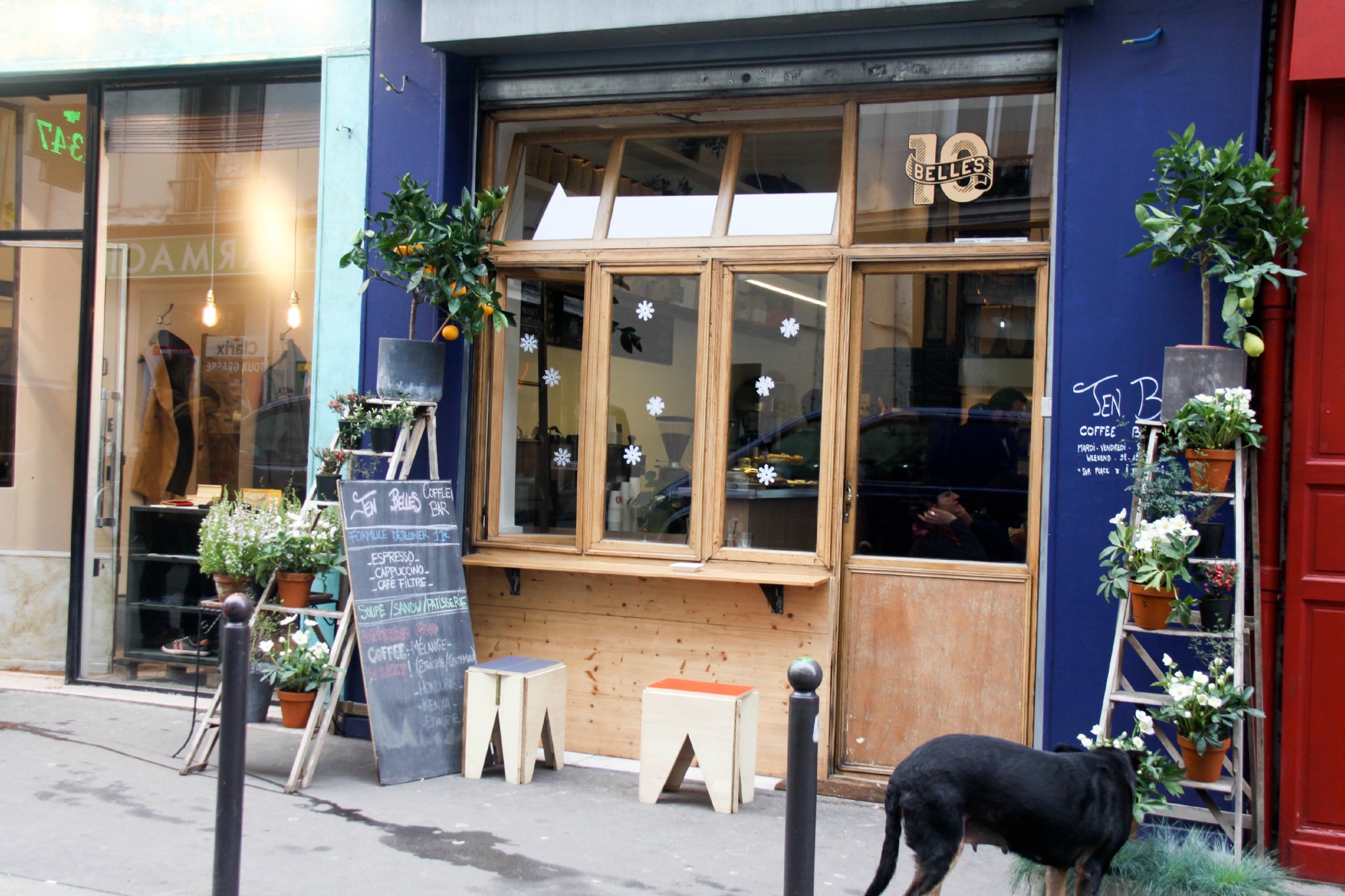 A coffee shop and one of the places adding le brunch to the French lexicon, Ten Belles is located right by the Canal St. Martin in Paris’s bobo (bohemian-bourgeois) district. The spot is just as famous for its charming baristas as for its excellent cappuccinos, and was started by noted Parisian barista Thomas Lehoux. The bread is French quality if not quite French traditional, and the sweet and savory snacks are just the thing to ward off a burgeoning hangover. The sign outside says, “Drinking good coffee is sexy,” and if the well-groomed clientele of this trendy spot are any inclination, that sentiment might just ring true. – 10 Rue de la Grange aux Belles, 75010

When you feel like really stepping up your coffee snobbery, Coutume is the place to go. Founded by Australian Tom Clark, the shop made a name for itself by being the first (and one of the only) roasteries in Paris to offer weekly cuppings (re: coffee tasting). Decked out with elaborate glassware and bare bulbs hanging from the ceiling, Coutume has an almost Nordic look to it. Their offerings change day to day, and if you’re not feeling coffee you can purchase juice that lets you know exactly how many raspberries went into making it. – 47 Rue de Babylone, 75007 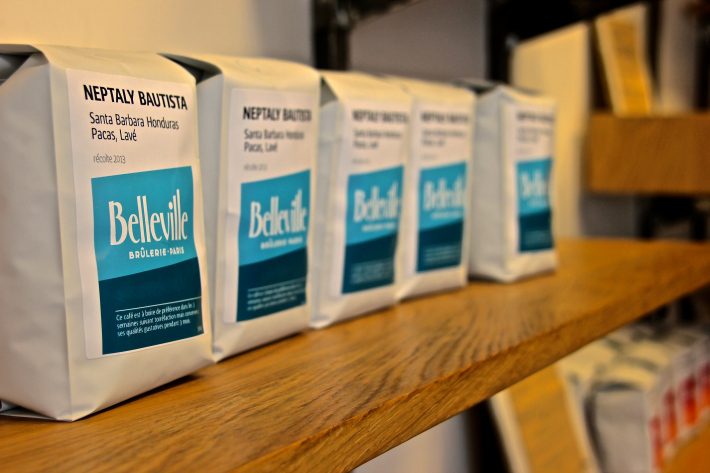 Sometimes, coffee isn’t just about cafe culture. If you’re looking to buy coffee grounds in a pre-liquidated form, Belleville Brûlerie is a wonderful option. Another project of Thomas Lehoux, Belleville Brûlerie prides itself on its filter coffee, often derided to in French as jus de chaussette, or “sock juice.” While a half pound will set you back about 15, it is one of the only places in Paris where you have a large selection of bagged beans to choose from. The micro-roastery is also a good stomping ground for Anglophone expats, as you’re likely to hear English spoken behind the counter. They also just opened a coffee shop in L’Exception in Les Halles where they’ll serve sandwiches, pastries, and (of course) their coffee. – 10 Rue Pradier, 75019 or 24 Rue Berger des Halles de Paris 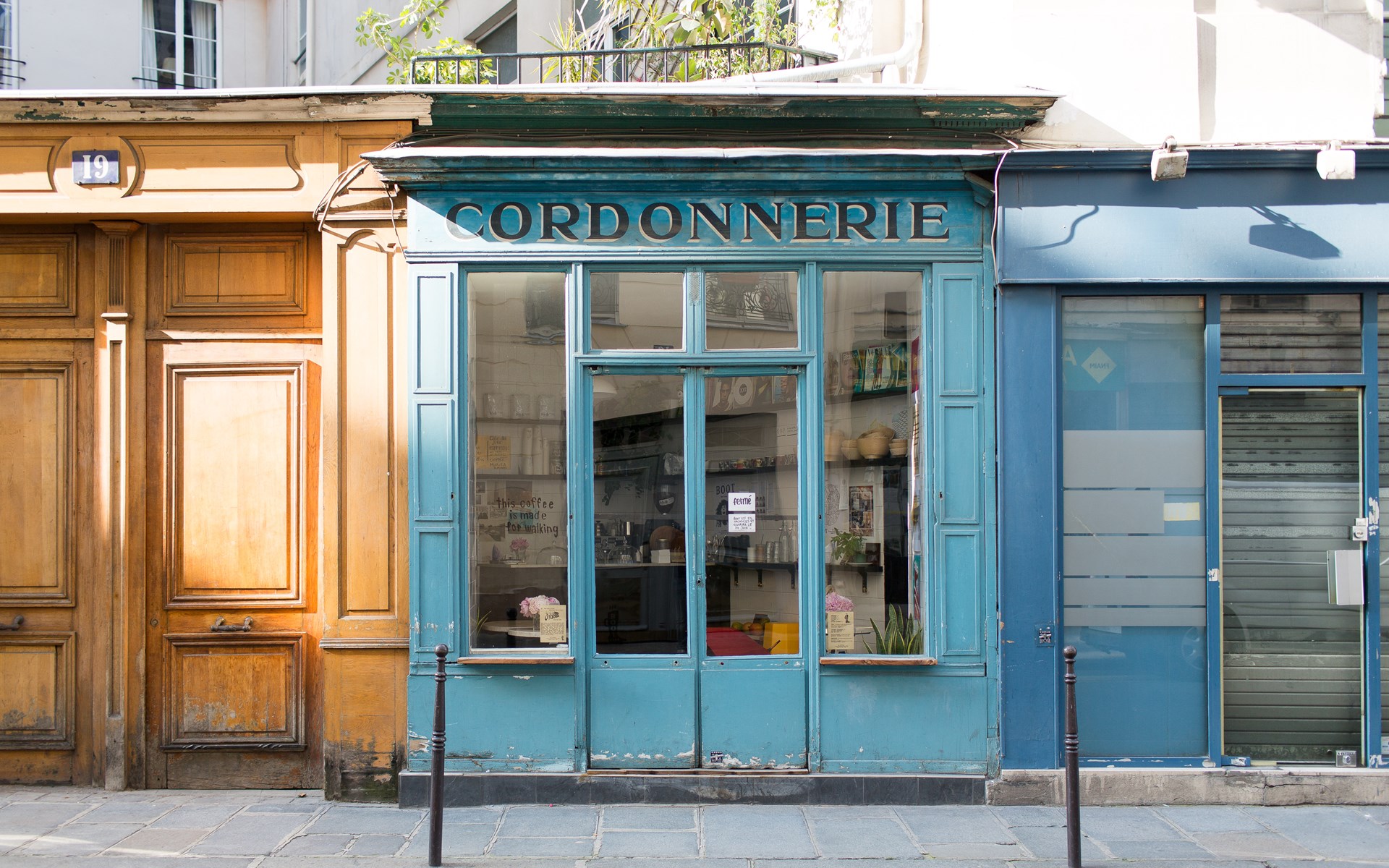 The name of this shoebox-sized café is not an exaggeration. Hidden on a side street in the Marais, many don’t realize that Boot Café is there, probably because the sign outside still reads, “Cordonnerie” (cobbler). With exactly two tables and a sign placed outside during business hours that says, “This coffee is made for walking,” their M.O. is clear: get in, get your quality coffee, and get out (very un-French of them!). But don’t forget to enjoy the vintage postcards on the walls before you go. – 19 Rue du Pont aux Choux, 75003

All images are property of the stores with which they are affiliated.