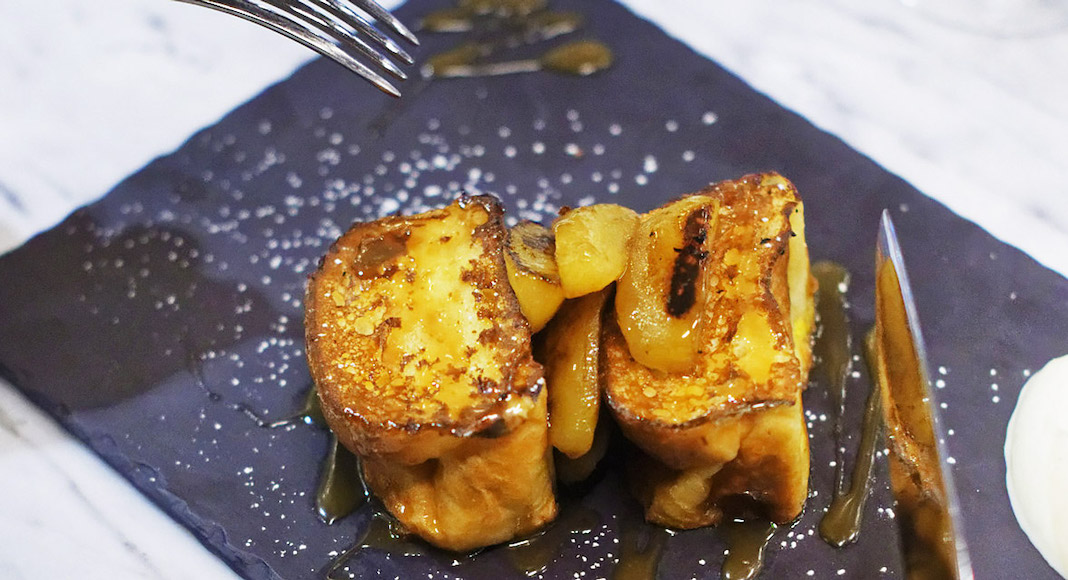 At Charles de Gaulle Airport (CDG) in Paris, Michel Rostang, Thierry Marx and Guy Martin are elevating the food options with panache, with a combination of traditional French gastronomy and flavors from around the world.

These three Michelin-starred chefs are just the beginning of what’s coming to CDG. According to Mathieu Daubert, Director of the Customer Division for ADP Group, between December 2018 and 2020, eight Michelin-starred chefs will be opening restaurants in Paris airports. Here are three that are already open in Charles de Gaulle for your dining pleasure.

It’s the latest addition to list of restaurants at CDG. Born in December 2018 from Michel Rostang’s and Philippe Coupérie-Eiffel’s savoir-faire, Café Eiffel pays homage to the creative minds and inventors of France. The place pays as much homage to gastronomy as it does to engineering. The surrounding decor carefully mirrors the Iron Lady’s structure through the wire of the criss-crossing metal structures serving as walls. Like Proust’s madeleines, Rostang’s food will remind you of the new generation of French bistros. The chef, who has two Michelin stars at his own restaurant, Maison Rostang, which is now run by Nicolas Beaumann, has crafted a very respectable menu. His most beautiful signature dishes? Soupe à l’oignon gratinée des Halles; shellfish gratin with “Prince de Paris” ham; cod in sauce vierge with basmati rice; parmentier de canard fondant; baba au rhum with chantilly.
Terminal 2E. 01.48.48.16.04.67. Prix-fixe: 19.90€ – 30€ (lunch). À la carte: 26€ – 60€.

The French Taste, by Guy Martin

Building on the success of I Love Paris, opened in May 2015 at CDG, Guy Martin doubled his successes with French Taste in April 2018. Created to highlight a central counter, it’s a neo-brasserie designed by the architect Charles Zana. The chef, who earned two Michelin stars at the Grand Véfour at the Palais-Royal in Paris, delivers a contemporary French cuisine influenced with flavors from around the world: vegetable nem with green shiso, yellow tomato gazpacho, cardamom yogurt; bass poached in seaweed, served with spinach and Grenoble emulsion; beef tartare, nashi and sesame seeds; tarte aux pommes with pink praline chips and vanilla ice cream.
Terminal 2F, level 1. 01.48.16.55.23. Prix-fixe: 27€ – 39€. À la carte: 30€ – 105€.

This article was first written in French by Le Point and published on Le Point.