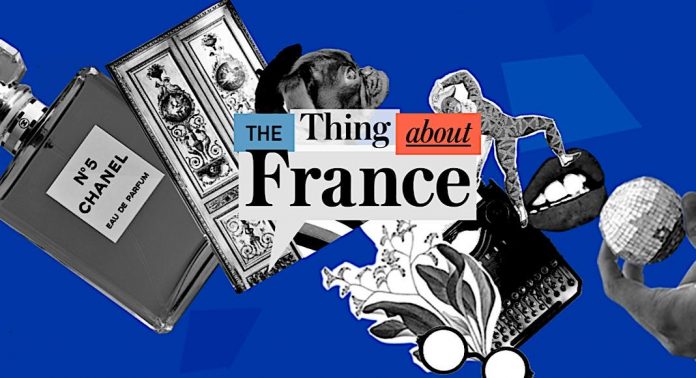 These are some of author Pamela Druckerman’s musings on the French attitude towards aging, life, and relationships. The author made a splash in 2012 with her book about French-style parenting, called Bringing Up Bébé.

On Season 3, Episode 6 of The Thing About France, host Liesl Schillinger interviews Druckerman about her relationship with France. She currently lives in Paris with her three children and her husband, writer Simon Cooper, whom she met in Buenos Aires and moved to Paris to be with.

“I do think that with every immigration story or expatriate story or American in Paris story there’s always a push and a pull, and so my pull was Simon but my push was the fact that I was sort of getting pushed off the bough of this giant ship that I had been on for many years.” That ship being The Wall Street Journal, for whom she split her time between Argentina and New York. While engaged in Paris, she was inspired to write a book about infidelity around the world, Lust in Translation.

She also talks about her latest book, There Are No Grown-ups: A Midlife Coming-of-Age Story, and the very French notion of “aging gracefully,” instead of trying to always look “unique.”

Druckerman’s quarantine hobbies have included a newfound interest in tennis, genealogy, and stand-up comedy. Yours will probably include checking out one of her books.