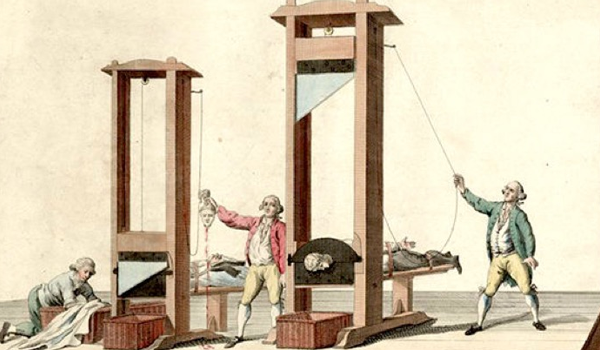 The New York Times Tips Its Hat to the Circumflex

The embattled caret received significant support on Friday from the New York Times. In an editorial, Keith Houston pays tribute to this misunderstood mark, the center of the “biggest French language controversy since the advent of “freedom fries.'”

For the author, whose books include a treatise on typography titled Shady Characters, the debate has at least had the benefit of showing that “the French really, really love the circumflex.”

According to Houston, the story didn’t start with guillotine falling on the diacritical mark—it dates back to 1740, when l’Académie “popularized the use of the mark” that had been created by Aristophanes to denote a “longer vowel or a rise and fall in pitch.” How did the guardians of the French language use it? They simply “removed to so-called pre-consonantal S from a host of Old Latin words and added the circumflex create hôpital, hôtel, château, and more.”

He acknowledges that he himself had an ambivalent relationship to the strange accent, that “infrequent visitor to these shores” of the English language’s mainland. For Houston, the circumflex was “an enigma. It lacked the flamboyance of the accent aigu (é) or accent grave (è), modifying pronunciation so subtly I could barely discern it. Nor did it possess the utility of the tréma, which divided vowel sounds in two (aï). When I finally found out that the circumflex stood in for a discarded letter S, everything clicked into place: Opaque words like bête, coût and huître now morphed into their English equivalents before my eyes, resolving themselves into ‘beast,’ ‘ cost,’ and ‘oyster.’”

Fortunately for conservative orthographiles, the circumflex has only blown off the heads of the î and û, and, as Houston writes at the end of his article, “francophiles, typographers and spelling sticklers may justifiably rejoice: the circumflex is in no danger of being tossed out the fenêtre any time soon.”