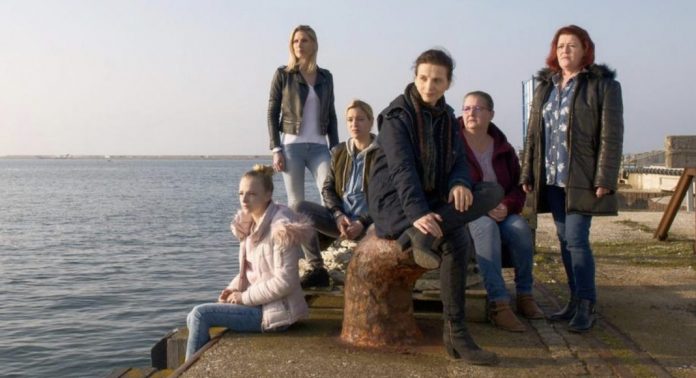 From Monday, November 1, until Sunday, November 7, the 25th edition of the ColCoa French Film Festival, with French premieres and awards, will take place at the Directors’ Guild Theater Complex in Los Angeles (DGA). Cancelled in 2020 due to the health crisis, this great celebration of French cinema is back with an exceptional program.

On le menu: 55 films and TV series and 19 short films that will address anything from the themes of climate change, transgender issues to immigration. Most of these films and TV series will be screened for the first time outside of France. Almost half of them will be shown exclusively before their release dates in France. Stars of the small and big screen, like Julie Delpy and Juliette Binoche, are also expected on the red carpet.

The Festival will open with an advance screening of the 2022 drama, “Between Two Worlds” (“Ouistreham”), directed by writer and director Emmanuel Carrère. The film is inspired by the story of Florence Aubenas, whose book, Le Quai de Ouistreham, came out in 2010. Like the American author, Barbara Ehrenreich, who wrote Nickel and Dimed, Aubenas is a French journalist who spent six months immersing herself in the lives of the most disadvantaged workers in France and tells the story of the precariousness of their lives.  This is a poignant and important film starring Juliette Binoche, and will be followed by an exchange with the film’s team (November 1 at 7:30pm).

Some 50 films will try to attract the attention of judges, critics and the general public. Among them, “Adieu les cons” (“Bye bye Morons”) by Albert Dupontel; “Suprêmes”, a biopic dedicated to the rap group NTM and signed by Audrey Estrougo; the thriller “Le bal des folles” (“The Mad Women’s Ball”) directed by Mélanie Laurent and “Les Deux Alfred” (“French Tech”) directed by Bruno Podalydès.

About ten made for television movies and series will be shown, including “Qu’est-ce qu’on va faire de Jacques? (“What Are We Going to do about Jacques?”), a drama about schizophrenia; the excellent “In Therapy” (“En thérapie”), which is the most seen series in the history of Arte TV, and follows a therapist and his patients in the aftermath of the Bataclan attacks in 2015; or “On the Verge,” the funny and inspiring 12-episode series created  by Julie Delpy, which portrays the daily lives and aspirations of four forty-year-old women who live in Los Angeles. Two episodes of “On The Verge” will be broadcast on November 5 followed by a discussion with Julie Delpy at the Truffaut Theatre.

In the Documentary category, the Festival will feature 7 films, including Charlotte Gainsbourg’s “Jane by Charlotte”, in which the artist films her mother, Jane Birkin, and explores their relationship. Also in competition is Aïssa Maïga’s “Walking on Water”, which tells the story of the village of Tatiste in Niger, a victim of global warming, and “Little Girl”, the latest film by director Sébastien Lifshitz, which follows the daily life of Sasha, who was born a boy and has been living as a girl since the age of three. The ColCoa Festival will also feature the TV documentary “Montand est à nous” (“All About Yves Montand”), directed by Yves Jeuland, and is a dedication to the French artist who would have turned 100 this year.

The ColCoa Festival will feature a selection of short films (19 in total, all shown as introductions to the feature film screenings), and will pay tribute to late director Bertrand Tavernier with screenings of “Captain Conan” and “The Judge and the Assassin.” It will also screen Julia Ducournau’s Palme d’Or winner “Titane” on November 2.

French Morning, Frenchly’s  sister publication, will be on site on Saturday, November 6, from 9am to 6pm. Come visit our booth! There is an iPad mini to win!

Translated and adapted from the original French version that appeared on French Morning.