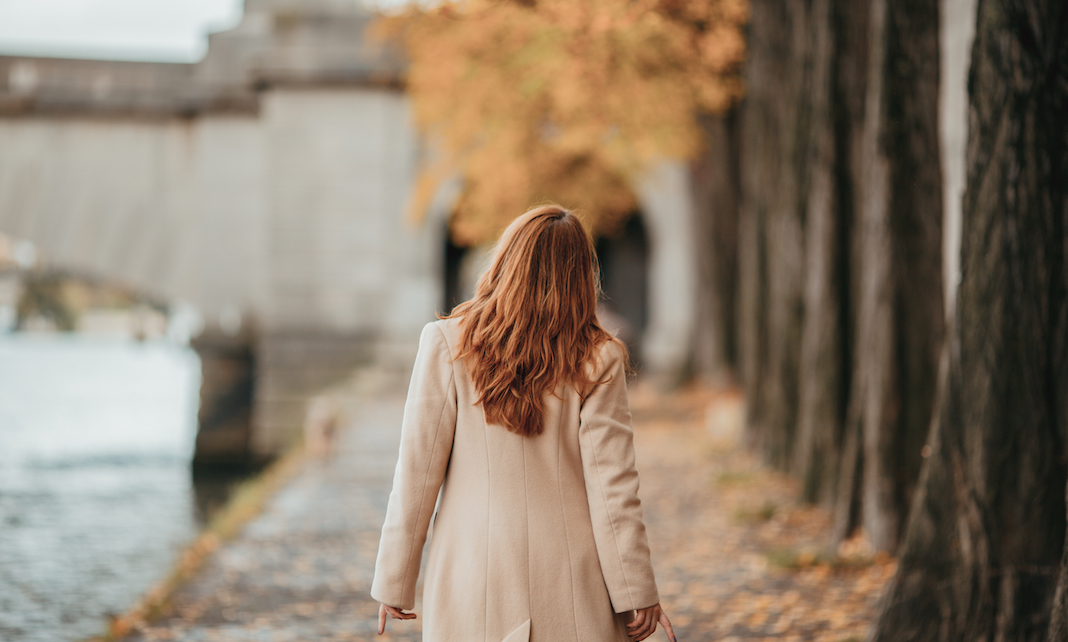 We’ve all heard the ballad of aimlessly meandering the streets of Paris only for the sake of getting lost in the historic city; this is also known as flâner, or “wandering with intention,” which becomes the noun flâneur.

Charles Baudelaire first wrote about the mystical creature in the 1860s, followed by an array of writers including Lauren Elkin, who wrote “Flâneuse: Women Walk the City in Paris, New York, Tokyo, Venice, and London,” and Edmund White, who penned “Flâneur.” The baton is now in journalist Erika Owen’s hands with her newly released book “The Art of Flaneuring: How to Wander with Intention and Discover a Better Life.”

Owen takes it upon herself to delve into the savoir-faire of the leisurely activity and the ways in which it sparks creativity, mindful mentality, and improves overall well-being. According to one study Owen cites, taking at least twenty minutes to stroll outside can reduce stress levels. “The study gave this effect a name: the nature pill,” writes Owen. And while we may not necessarily have a forest to bathe in outside our door, Owen suggests to “take the mind-set of a romantic and apply that to everything you do in a given experience.”

“Flaneuring” (Owen’s word) is the art of taking a walk with the only intent being to take the walk and notice detail along the way. It is a kind of mapping by foot, a maze with endless directions and no end. “In the nineteenth century, the world flâneur referred to a well-to-do, dandy type of white man who would idly stroll through the streets of a city, carefully observing his everyday surroundings and finding the beauty in what many would consider the mundane,” explains Owen in her book. Baudelaire’s flâneur was typically a member of the beau-monde too, a male Parisian belonging to a certain class of society in which he has the time to spend carefully observing life. Additionally, even earlier, think of all the royals and aristocrats that took walks in their impressive French gardens — this too was flaneuring.

In “The Art of Flaneuring,” Owen notes that throughout history men, including Aristotle, who took his pupils on walks, Henry David Thoreau, who found writing topics during his walks, and even fictional characters like the man played by Owen Wilson in “Midnight in Paris,” who finds a portal to the ’20s on a midnight walk, have practiced this activity, whether they were French or not. Fortunately, walking is not specific to one nationality, despite that the French would love to attribute flaneuring to themselves. And with over a century gone by since Beaudelaire first shared his definition, a flâneur is now everyone and anyone. The truth is that we have all done it and will do it over and over.

With the digital world at our fingertips, much exposed, liked and swiped, we tend to miss the details. This overwhelming amount of information drowns out the little things, the good things. We should learn from neighborhood French grand-mamies that notice just about everything; we should be flaneuring.

Flaneuring is a method of de-stressing, sparking creativity, and mindful meditation. Whether it is a walk to the green-grocer market, a run, or a picnic, flaneuring can take any form. Walk down the street to peek into stores, notice an interesting haircut, pet an overly fluffy cat, or eavesdrop on a philosophical conversation one table over — it is a leisurely workout for the brain (and much easier and more enjoyable than SoulCycle, which with the right mindset could be flaneuring too). Flaneuring could be everything and anything, and all in-betweens too, as long as you’ve opened your mind and eyes to the things around you. To start, “Think of walking into a new restaurant in a foreign country where no one speaks your language,” writes Owen. “The prospect can be intimidating, but within discomfort is the potential for so much fulfillment.”

Here’s a sample of some advice from Erika Owen’s book on how to be a better flâneur/flâneuse (buy the book here):