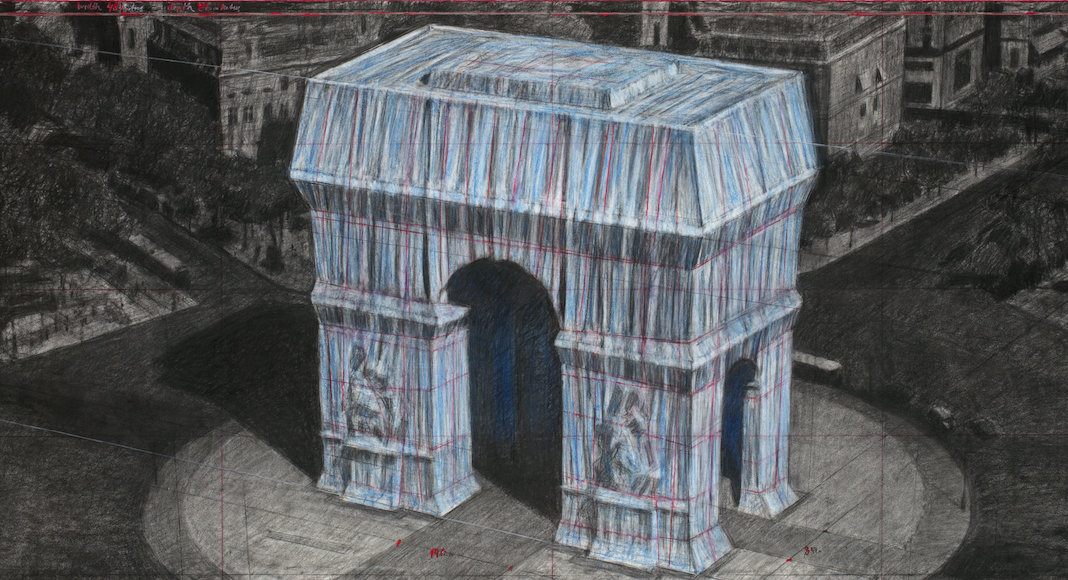 Christo and Jeanne-Claude are one of those artist duos whose work is instantly recognizable… even if they’re not the one making it. The couple, born respectively in Bulgaria and Morocco on the same day in 1935, met in Paris in 1958, and embarked on an artistic partnership spanning five decades. Jeanne-Claude passed away in 2009, and Christo followed suit just last year, but that won’t be the last the world sees of their work.

Up until his death, Christo had been working on plans for a new installation, involving one of Paris’s most-visited monuments, the Arc de Triomphe. The idea was one he had been mulling over since the early 1960s, and it will finally be manifested in the coming weeks, organized by the artist’s family, in particular Christo’s nephew Vladimir Javacheff, and funded through the sale of some of Christo and Jeanne-Claude’s works. Wolfgang Volz, Christo and Jeanne-Claude’s longtime photographer, will also be involved in the project. The plans were approved by the Centre des monuments nationaux in 2017, and planned for 2020, before the pandemic and the artist’s death put a pin in the idea.

The “L’Arc de Triomphe, Wrapped” will see the famous monument swathed in 270,000 square feet of silvery blue polypropylene fabric and 9,800 feet of red rope, all of it completely recyclable, as with all of Christo’s projects. It follows the pattern of other works of Christo, like 1985’s “Pont Neuf Wrapped” in Paris, or 1995’s “Reichstag Wrapped” in Berlin. (Other notable works of his include “The Gates” (2005) in New York’s Central Park and “The Floating Piers” (2016) on the Lac d’Iseo in Italy.)

It’s worth taking into consideration the mountains of effort that Christo and Jeanne-Claude had to go to in order to pursue a project of this scale. Though the distinctive wrapping style is now widely recognized, it took years for the duo to convince anyone to let them wrap a building. In New York in the 1960s, proposed plans to wrap Number 1 Times Square, the Whitney Museum, the MoMA, and other historic edifices were all ultimately rejected. When they finally succeeded in wrapping the Pont Neuf in 1985, it became an instant tourist attraction, and their 1995 follow up project with the Reichstag in Berlin was hailed as a celebration of reunified Germany, drawing 5 million visitors and breaking records for tourist attractions.

The couple rarely commented on their work during their lifetime, preferring it to stand on its own, with Christo once quoted as saying, “We make beautiful things, unbelievably useless, totally unnecessary.” But there is something undeniably captivating about seeing a historic architectural icon in one of the most visually reproduced cities in the world given a modern twist, especially when the image is so well-known that it seems to superimpose itself over the wrapping in the viewer’s mind.

The “L’Arc de Triomphe, Wrapped” installation will be on view for only 16 days, from Saturday, September 18, through Sunday, October 3.