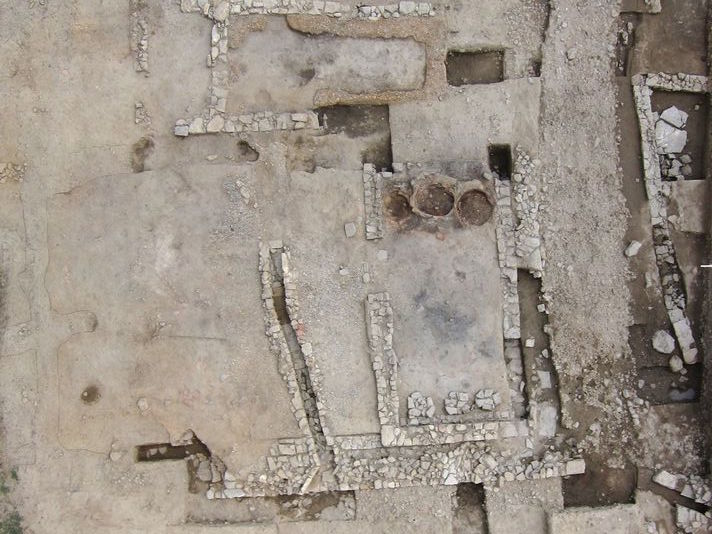 Archaeologists digging in the ancient Roman port town of Lattara have unearthed a tavern so old it could have been established on either side of the B.C.-A.D. divide.

Over the last half decade, excavations in the town just south of Montpellier have uncovered indoor gristmills and ovens conventionally used to bake bread, a charcoal-burning hearth, fish bones in what appears to be a kitchen area and cow and sheep bones in what must’ve been a courtyard.

Most of the ceramics found where drinking vessels, meaning that the patrons were likely drinking as much as they were eating, if not more. They also appeared to be imports from Italy—as well as the wine.

Stephen Dyson, a Roman archaeology expert at the University of Buffalo, told USA Today, “No guzzling, sotted Celts these.”

When the Romans conquered Lattara, according to Benjamin Luley, who co-authored a study about the dig , the majority of people were farmers who enjoyed the fringe benefit of being able to feed themselves from their work. Once the Romans brought their advanced economic ways to the Celts, artisans and craftsman became more and more prevalent in the workforce.

Whether the Lattara discovery was a sit-down restaurant or an outright tavern, its age is easier to pin down: the establishment clocks in at around 2,100 years old, making it one of Western Europe’s earliest examples of a tavern, and, conservatively, conservatively speaking, at least 75 years older than the historical Christ