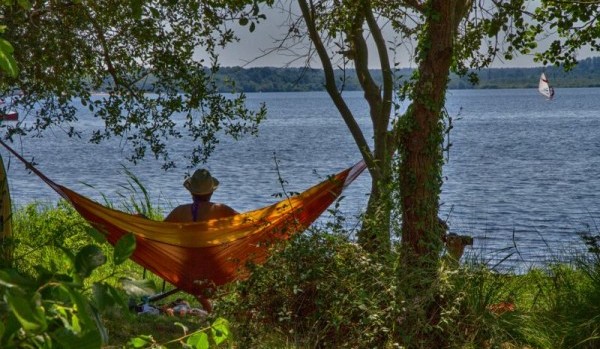 It’s the time of the year in France when I usually pull the annual “August” post from the files. It typically involves the predictable summer lullaby about the wonderful French culture of leisure, the Great Summer Shutdown, Paris the Glamorous Ghost City. It’s a story I love to write because the French belief that taking a true break —that ritualistically shutting down the country for several weeks— is not only okay but necessary, is one of the received ideas about France that I truly appreciate (and actually believe —that it’s okay and necessary).

But this year, it feels different.

As August approaches, the city is shutting down of course —very little could stop that and I prefer not to imagine what it would take (locusts? a nuclear war?)— but things don’t feel as carefree. Things aren’t as suspended in that delicious and timeless summer pause as they usually are.

To start with, last week, President Hollande made an acknowledgment that hardly augurs well for breezy farniente. At the annual presidential press corps dinner with the President on July 21st—when typically the first question anyone asks, including of the President, is “So, when are leaving?”, because most everyone will have skipped town by July 25th—Hollande made this confession about the French economy: “It’s not impossible that growth might actually continue to shrink.”

To many observers, Hollande is just —finally— stating the obvious. But the admission is significant because of a peculiarly un-French characteristic of Hollande, a quality rarely associated with the French, and only infrequently mentioned in foreign media coverage of the president: the fact that Hollande is an inveterate optimist. Over his thirty years in politics, he’s come to be known for his seemingly unfounded faith in the future, in the idea that public leadership will be good and just —and for his faith in his own destiny. When he was elected president to the surprise of pretty much everyone, a whole political class had to concede that maybe there was some foundation to his optimism.

So however irrational his optimism about the French recovery was before, this kind of national declaration of pessimism is unprecedented for Hollande. And so it isn’t good. And although it’s an acknowledgement of something that to many has appeared obvious for a long time, the question really is not the facts of what he’s conceding —it’s why he’s chosen to do it now. Why ruin everyone’s three weeks of relaxed rosé in the village square? Why cast such a pall over this period of national détente, of going to the beach, of reading novels at the country house, of setting tables for twenty at lunch? Over a period when, even while on vacation, no one talks about anything but vacation?

Some analysts believe it’s because things are actually getting worse, and that the president can’t afford to wait. And, I would imagine, can’t afford to appear to have nonchalantly sent everyone off to Corsica, Provence and Brittany for several weeks of hols—when on their return at the end of August any number of other economic indicators might be looking downward.

France’s recovery has been slower than practically all its neighbors. To everyone’s disappointment, last week’s monthly unemployment results were actually on the rise, and on August 14th the official growth figure of the second trimester will be announced and it’s not expected to be more than a paltry 3% (compared to 7% for Germany and a 3% average in the Eurozone, which includes former basket cases like Spain, Ireland, Italy and Portugal). Most significantly perhaps when it comes to indications of recovery and good economic governance, it looks increasingly certain that France won’t bring its national deficit to below 3.9% of the GDP, despite an extension of two years by the European Commission to get it down by 2015 to 3% —which is a European threshold requirement for members. At best, experts speculate, it might be 3.4%.

None of this is spectacularly surprising news, but until now the government has been relativizing each of these individual indicators, banking on the global recovery’s dynamic effect on France’s clearly less healthy economy. There is now a perception that if François Hollande is finally saying it’s bad, then it’s really bad.

Two years ago, in the summer of 2012, François Hollande had been sharply criticized by the right for having taken too leisurely a vacation in the middle of a financial crisis (many pictures had been published of him and his then-girlfriend Valerie Trierweiler at the beach and doing their outdoor market shopping like any other French couple on summer vacation). Last year, in 2013, Hollande had then made a show of declaring that he’d instructed his cabinet members to be prepared to take short vacations and to be on call not far from Paris. This year, it’s a no-brainer that didn’t even need a declaration: no one’s going very far for very long.

In fact, the government officially reduced the permitted summer vacation days: compared to 20 days in 2012 and 16 days in 2013, Hollande’s ministers are allowed only 14 days this August. By other standards—say, American standards—this may seem generous; by French standards this reduced rest period is potentially imperiling the health and performance of its leaders. But this is what these desultory times call for.

And it’s not just the government that’s compromising on that essential summer ritual the French call coupure, which means a total disconnection and break (if it were, I frankly wouldn’t feel as sad since if you wanted to run the country then you should probably be prepared to be exceptional in any number of ways). It turns out a majority of French people stay connected to their mobiles during summer vacation, and 44% apparently feel obliged to be reachable (and according to the same poll, 70% of them are actually sought out by the office). Evidently even the French—even in August—have developed FOMO (fear of missing out), driven undoubtedly by the pressure a stagnant economy puts on everyone’s sense of job security.

All of which doesn’t mean that Paris won’t feel delightfully vacated. It will still be possible to bike down perfectly empty boulevards on weekend mornings, to land a prime outdoor table at normally swamped cafés for a chilled apéritif, to get a seat on the metro at any time any day, to enjoy all the delightful summer series published in the French media that newsrooms spent weeks preparing so they could go off and do what the French are really good at knowing how to do well: rest.

But chances are when everyone comes back around August 20th… the summer glow may, unfortunately, fade fast.