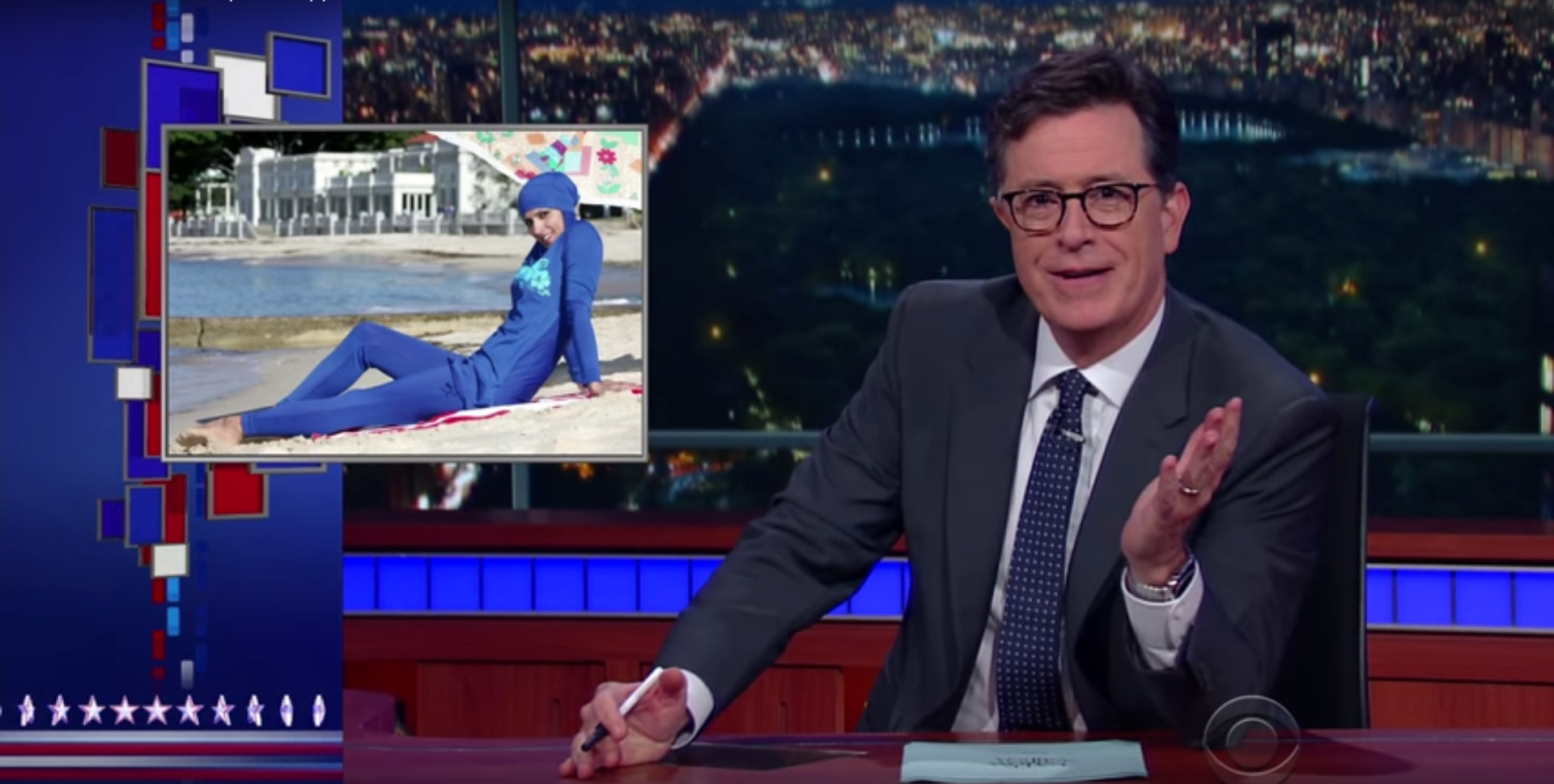 While summer fades into fall and discussion of beach attire turns into discussion of scarves and Pumpkin Spice Lattes, the media storm surrounding France’s burkini ban isn’t fading quite as fast.

Even though many French courts overturned the bans, the controversy continues with political figures such as former French President Nicolas Sarkozy proclaiming their support of the ban. And while it might seem like the burkini ban is just a French issue, the whole world seems to want to give their input on the issue, including one of America’s favorite political comedians, Stephen Colbert.

Last week on his show, Colbert tore down some commentary by France’s Prime Minister Manuel Valls who has been one of the burkini ban’s greatest supporters in the past month. Valls’ most recent comment used France’s Marianne—who is depicted in the Eugène Delacroix painting with a naked breast—as a sort of comparison to those who wear the burkini, saying, “[Marianne] was not veiled because she is free!”

Colbert called “bull-crêpe” on that argument and proceeded to explain why the burkini ban just doesn’t make sense. Watch the video to see his hilarious reasoning: