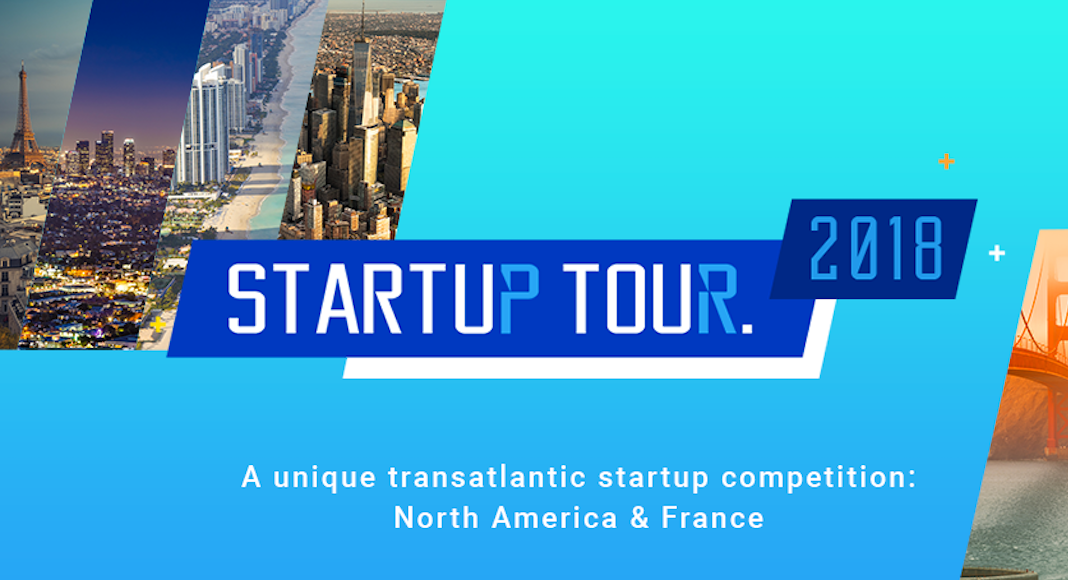 Launched by FrenchFounders in 2017, the Startup Tour was created to help French startups in their early days of growth in the United States. Entries for the second year of this competition are open until May 18.

New this year, Startup Tour is now open to American start-ups looking to expand into France. The best startups will be selected at local competitions in New York, Miami, Los Angeles, San Francisco, Montreal, and Paris. A final competition will be held in September in New York.

The winning French startup and winning American startup of Startup Tour 2018 will win a prize package of both money and expert consultations and guidance that will support their development in the United States or France.

To register, candidates must meet at least two of the following criteria:

– be developing a project related to a new technology or new service, or be developing a project through an innovative application of an existing technology
– have a proof of concept, a prototype, or a scientific proof
– have a team of at least two full-time employees
– demonstrate that the project will have a significant impact on the targeted industry, society, or the environment in general
– be in a growth phase

– At least one of the founders must be Francophone
– The startup must be located in the United States, or have plans to be established in one of the cities in the United States where a local Startup Tour will be (see the cities in the details box above)
– The startup must have raised a minimum of $500,000 in capital or have generated a minimum of $500,000 in income