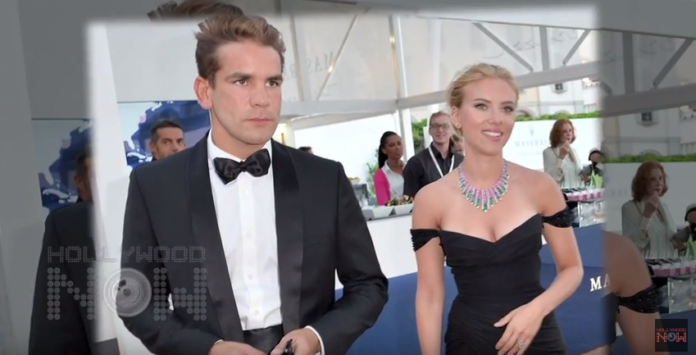 When Avenger’s star Scarlett Johansson first married French journalist Romain Dauriac in a super private wedding ceremony on a Montana ranch in October of 2014, the question on everyone’s mind was: “Who is this French dude marrying one of America’s most beautiful and talented actresses!?”

Now Johansson and Dauriac have celebrated their third wedding anniversary, have an adorable daughter, and do really cute couple-y things, like opening a popcorn shop in Paris.

Of course, Dauriac still keeps a pretty low public profile in comparison to his superstar wife. Originally a journalist, Dauriac was the editor of Clark magazine, an urban art magazine, and now works as the manager of a creative agency. His love for art is how Dauriac and Johansson originally met, apparently introduced by mutual friend, tattoo artist Fuzi Uvtpk.

And just last week, the duo showed how their creative minds work together as they donned aprons and worked behind the counter of their new popcorn shop, Yummy Pop, in the Marais district of Paris. The shop sells gourmet popcorn flavors and is just generally really adorable.

Watch Johansson and Dauriac open up their new popcorn shop: