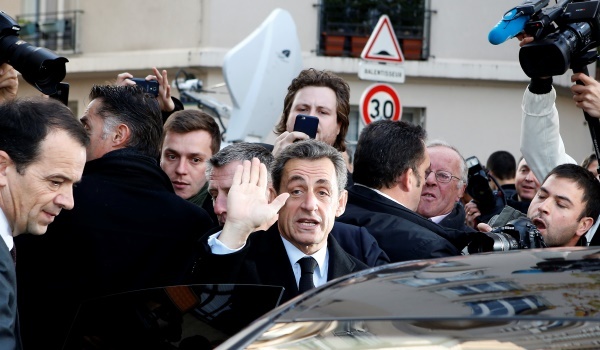 Former French president Nicolas Sarkozy won the leadership of his political party last week with 65 percent of the vote. So are we looking at another 5 years of the “Sarko the American” come 2017? Back in 2007, leadership of the UMP (Union for a Popular Movement) party launched him to the Elysée, but the US and French press seem to agree that it won’t be so easy this time around.

For one thing, the UMP won’t hold a primary for their candidate for the French presidency until the spring of 2016, and the party is far from united. Just this week Sarkozy addressed a meeting of  UMP National Assembly members where he pleaded for his “political family” to come together. “The level of hate between us is stupefying, grotesque and worrying,” he said according to Le Monde. In the same piece he is quoted as saying that if the party fails to unite it will lose ground to the National Front, the party of France’s extreme right. “If we fail to unite we will lose and we will have deserved it.”

Meanwhile, Sarkozy’s biggest threat if he wishes to be the UMP candidate may be Bordeaux mayor and former prime minister Alain Juppé. Sarkozy suggested there might be a place for Juppé — who did not run for party president — on a committee of former prime ministers. But Le Figaro reports that Juppé responded he would work for party unity as long as he is in a position “where decisions are being made” and not on some “mothball committee.”

Even if he does become the UMP candidate for president, Sarkozy will have a balancing act ahead in appealing to potential National Front voters without alienating centrists. A Washington Post piece cites promises he has made to repeal the legalization of gay marriage and make it harder to immigrate to France — positions that progressives who just want a better business climate are likely to shy away from.