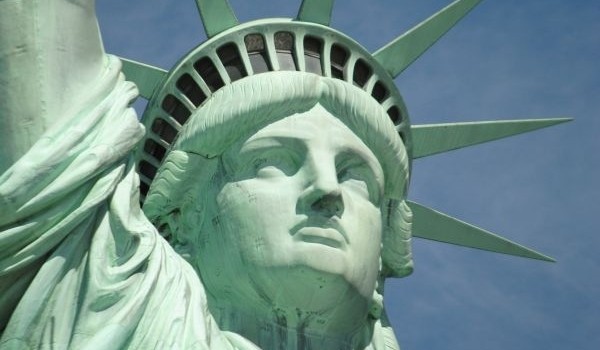 France is wheeling out the big guns to commemorate the 70th anniversary of the allied forces who took part in the Normandy landings, and New York is also planning to celebrate, with one million rose petals set to be launched over the Statue of Liberty.

Organized by the association The French Will Never Forget, in collaboration with the French Consulate in New York, the petals will be launched on June 6 at approximately noon, while the French and American flags are unfurled at the foot of Lady Liberty. The petals will be released by a helicopter from the French Navy. The association The French Will Never Forget is seeking to raise funds that will go towards purchasing roses for the occasion, and is calling for donations on its website.

The frigate La Fayette will be deployed near the Statue of Liberty, while the ceremony, organized by the consulate, takes place on Liberty Island along with a number of veterans in attendance.

The French Will Never Forget is also calling all French nationals residing in the U.S. to copy and paste a thank you message, which has been pre-designed by the association, to their e-mail signature from May 10 to June 10.

In addition, the Consul General of France in New York, Bertrand Lortholary, and the President of the American Society of the French Legion of Honor, Guy Wildenstein, decorated 35 American World War II veterans as knights of France’s Legion of Honor on May 9 at West Point Military Academy. Among those in attendance were soldier Alf Berg, who landed at Omaha Beach and participated in the liberation of Charbourg in June, 1944; and Isidore Bialek, who arrived via Utah Beach, and took part in combat in the Normandy countryside.