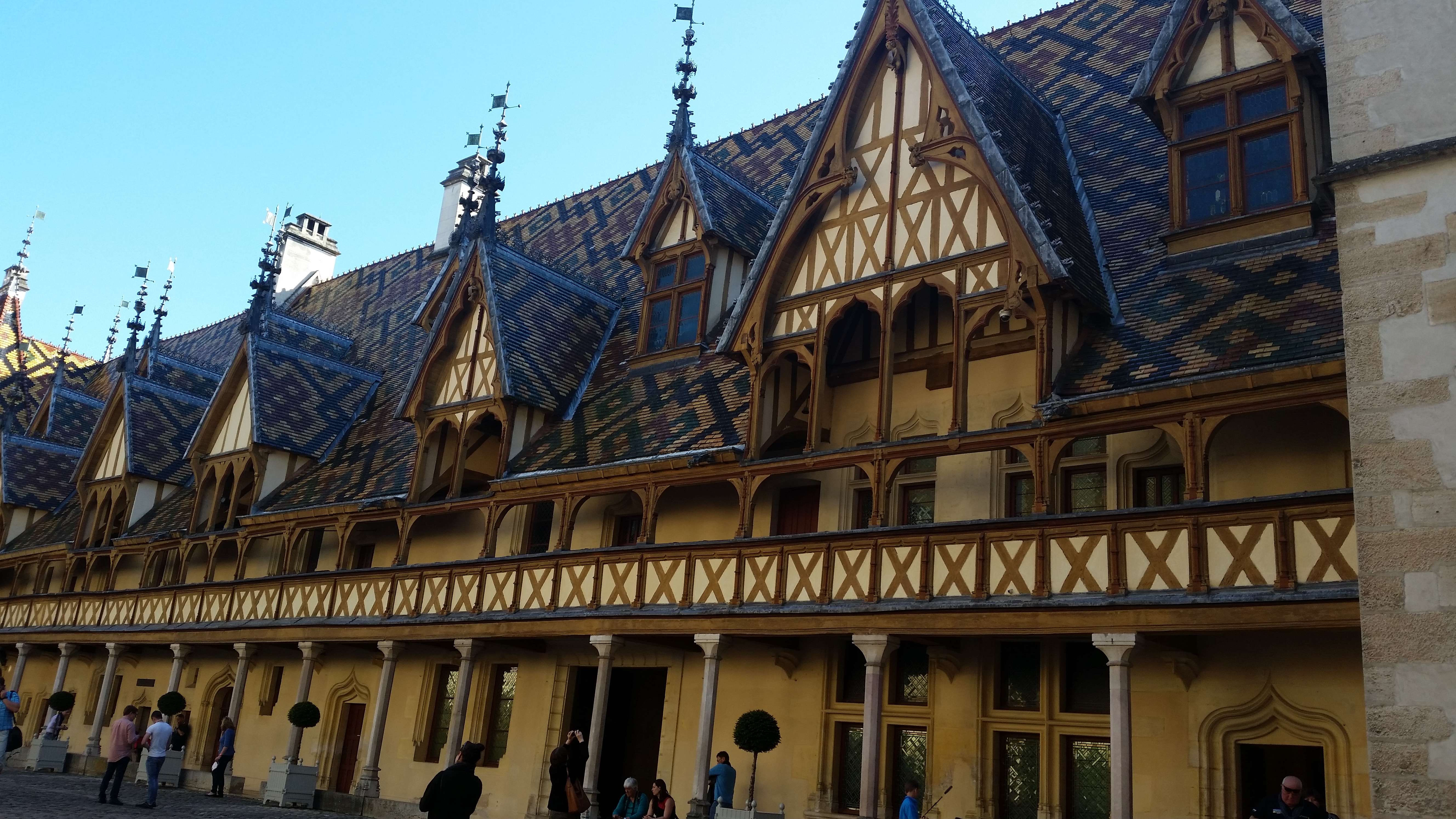 Picture Route 66, peppered with lavender fields in lieu of empty desert; and quaint bistros instead of diners, drive-ins or dives.

Ah, pilgrimage! No man is safe from the lure of the world’s oldest vacation. Seeking serendipitous adventures in the scenic French countryside, my parents and I landed in France this Spring, with no map to guide us other than our whims, wits and the GPS. And yet, while the landscape was characteristically captivating, the journey itself was not so postcard perfect…

The first task – to find an affordable rental car – nearly stymied us. While in the US, automatic cars have cornered the market, they are rare novelties in Europe. So aghast we were by near-doubled prices of automatic car rentals, that we defected from driving altogether. Thank goodness for the high speed TGV trains, which took us to Beaune, an adorable city in the Burgundy wine region.

Aside from its unbelievably lovely architecture, Beaune also boasts an abundance of wineries and tasting tours. With a population of 20,000 inhabitants and more than 45 local wineries, that makes one winery for every 450 citizens. I opted for Caves Patriarche, the largest cellars in Burgundy, which offers self-guided wine tasting for a reasonable €17.

After emerging from the five kilometer labyrinth of cellars and enjoying hardy portions of Boeuf Bourguignon (just a few bites of the decadent dish can sober anyone up), we agreed it was time to man up and bite the manual bullet

As fast as the TGV is, we had grown weary of dragging/shoving/kicking suitcases across platforms, up double decker stairs, and into and out of cabs. After some swift “stick shift” googling to refresh his memory, my dad approached the drivers’ seat.

The first few minutes on the road consisted mostly of lurching, stalling, and muttered curses. I sat wordlessly in the back seat, clutching the door handle in anticipation of a crash and/or projectile vomiting. Although the cleaning fee would most likely still have cost less than renting an automatic. My mother opted for shrill and intermittent projections. “Bob!” she squealed, whenever he put the car into the wrong gear. “Bob!” she yelped when an enormous tractor descended behind our little car, seeming ready to bump us into the fields.

The greatest challenge was not the lurching, but the bewilderment caused by minuscule, winding country paths. Directions—or lack thereof—proved to be a huge obstacle. In my daily life in France and the US, I rely unconditionally on Google Maps. It seems to know every subway line, traffic congestion and blocked-off street in New York City. But when I tried to use my dear internet companion in Burgundy, we ended up circling the same gas station for upwards of two hours.

Signs and paper maps were equally mysterious. Distances that our guide books described as “short and pleasant” turned into such marathons that we feared accidentally veering into Switzerland. The natural solution would have been asking for help. Unfortunately, the only residents of most towns seemed to be cows.

Our frustrations reached a peek en route to the medieval, hilltop town of Châteauneuf-en-Auxois. As the sun started to disappear with no sign of our destination in sight, none of us could quite remember why driving (i.e. getting lost) in the French countryside had originally sounded so attractive. On the brink of despair, we spotted a family of locals. They peered at us from over their fence, clearly suspicious of three disheveled out-of-towners smiling too widely, gesticulating, and calling out in broken Franglish. Once we established that we were not there to rob or convert them, the family all crowded around and gave us the real directions, which included instructions such as “go past the cow field,” “turn right at the McDonalds,” “left at the other cow field with the big barn” and so on. Clearly Google Maps needs to invest more in their animal landmarks feature, because with these new directions we sped (relatively speaking) along to Châteauneuf. Our little car chugged up the near-vertical, spiral hill, almost crashed into unsuspecting bicyclists, and eventually made it to the summit to reveal a sweeping view of the fields and roads below that didn’t look quite so confusing from up high.

Fortunately the worst was behind us. Before us lay the spoils: Highlights included Autun—a veritable French city with a plethora of locals and no Americans—and Semur-en-Auxois, a magical, hilly town. The more famous cities like Nice,  Avignon and Lyon were also lovely (they’re popular for a reason!), but many of the best surprises came from wandering around small, authentic villages on our route.

When we finally said goodbye to our rental car in Dijon, no tears were shed. The road trip had been a success, but could have benefited from what we now know. We had allotted only a day or two for each major destination, which didn’t take into account our countless wrong turns, making the trip too rushed.

For those prone to motion sickness—like me—bringing along medication is a must, as the bumpy roads in Provence and Burgundy can make just about anyone queasy. It’s also key to plan hotel and gîte arrivals for early afternoon, to avoid driving at night altogether. We wanted to turn right at the correct cow farm, not onto it due to bad lighting. Despite our many mishaps, our little vehicle brought us to towns and experiences that planes and trains simply can’t access, not to mention to some of the best vineyards.

Santé and cheers to that.