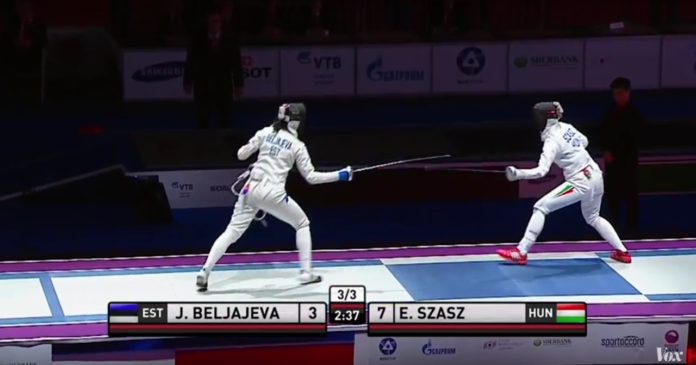 Since fencing originated from ancient European dueling, it makes sense that countries like France, Italy and Spain usually dominate in the fencing category at the Olympics, and that these countries have some of the greatest fencing rivalries. So far in the Rio games, Russia has won the most gold medals for fencing followed closely by Hungary, Italy and France.

Even without their star player, Gauthier Grumier, who won an individual bronze in fencing, the épée team was able to beat Italy bringing the glory back to France after a devastating defeat by Russia in the foil fencing competition just a few days earlier.

But for those of us who don’t know much about fencing, watching the competitions can be pretty confusing. What is the difference between foil and épée? And why do the fencers sometimes move really slowly and other times really quickly? Vox did a little research on the sport, and it turns out to be a lot more than just two guys waving swords around: