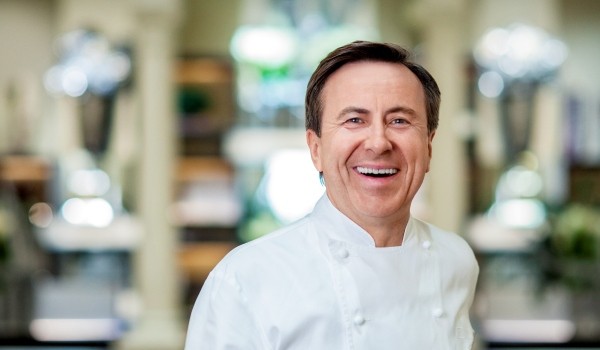 Two years in a row, while he shined at the helm of Le Cirque, Boulud spent his summer vacations in France, searching for the perfect homecoming spot for his own restaurant. But at only 36, perhaps the moon was still a tad out of reach. Empty-handed, he came back to New York to focus his search on this side of the Atlantic.

Finally, he settled on the old Bar Pléiades in the Surrey Hotel on 76th Street and Madison Avenue, now the site of Café Boulud. It would take him two years to open Daniel.

“It may seem like a long time,” said Boulud, perched in his glass office above the gleaming kitchen, “But we hit the ground running.” He needed investors, an architect, staff, but he also needed to be discreet, as he remained Executive Chef at Le Cirque until 1992.

“My partners, Lilly Linton and Joel Smilow handled all the negotiations,” he said. “Even the Surrey team didn’t know who the mysterious chef would be. When they heard my name, we signed the lease in two weeks.”

“We tasted everything. Until we were satisfied with a dish, no one else could try it.” Five-meat rillettes with foie gras, rosemary powder dusted on chilled English pea velouté, crayfish and morels fricassee—the menu took shape.

“Owning a restaurant was a dream,” said Boulud. He had been dreaming about it since his apprentice days at Nandron (two Michelin stars) in Lyon, across from les Halles, the covered market. In fact, that’s where everything started, at this bustling food feast.

“Every morning, I watched Paul Bocuse at the market, leading a pack of eager Lyonnais chefs.”

At Nandron, Boulud quickly made an impression and when Bocuse needed another pair of hands, Boulud rushed in with his Ray Bans and long hair.

“He took one look at me and said, “No need for sunglasses here. And get yourself a haircut!”

“I got the picture,” said Boulud.

From Lyon to the heart of Manhattan, first Georges Blanc, then Michel Guérard, Roger Vergé, on to Denmark and finally Washington D.C. When Daniel opened its doors in 1993, Boulud had been cooking for 20 years. In the first few weeks, celebs crowded the elegantly understated, beige décor: Barbara Walters, Woody Allen, Grace Jones and Gael Greene, the feared New York Magazine critic.

Pastry wiz François Payard had left Le Bernardin to reunite with his old boss, and once there created astounding desserts; the impressive wine list skewed French of course, but with a serious dose of American and international crus. Reservations were impossible to score. By any standard, Boulud had made it.

But for this passionate perfectionist, there was no standing still. Soon after he launched a catering arm called Feasts and Fêtes. And five years later, when he heard Le Cirque was moving from its legendary location to midtown, Boulud jumped in and snatched the old space.

“My restaurant was booming and what do I do? I take the biggest risk of my life,” he said, “We close and move to where Le Cirque used to be.”

When Daniel reopened on the corner of 65th Street and Park Avenue, he zoomed from 75 employees to 180 with an investment of ten million dollars. Only weeks later, on 76th Street, he created Café Boulud – named for his great-grandparents’ cafe in St.-Pierre-de-Chandieu, near Lyon.

Today, Boulud runs 14 restaurants around the world but if you look for him, most nights, you’ll find him at Daniel, among his loyal lieutenants, Jean-François Bruel and Eddy Leroux.

So Mr. Boulud… What’s next?

“My dream? To open a bouchon in Lyon,” he says.

Sylvie Bigar has co-authored Daniel: My French Cuisine (Grand Central Publishing), a memoir and cookbook with essays by New York Times bestselling author Bill Buford, to be released in October. 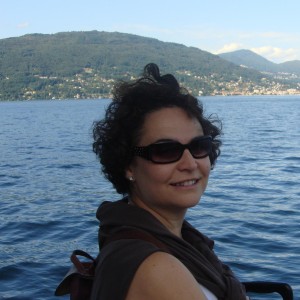