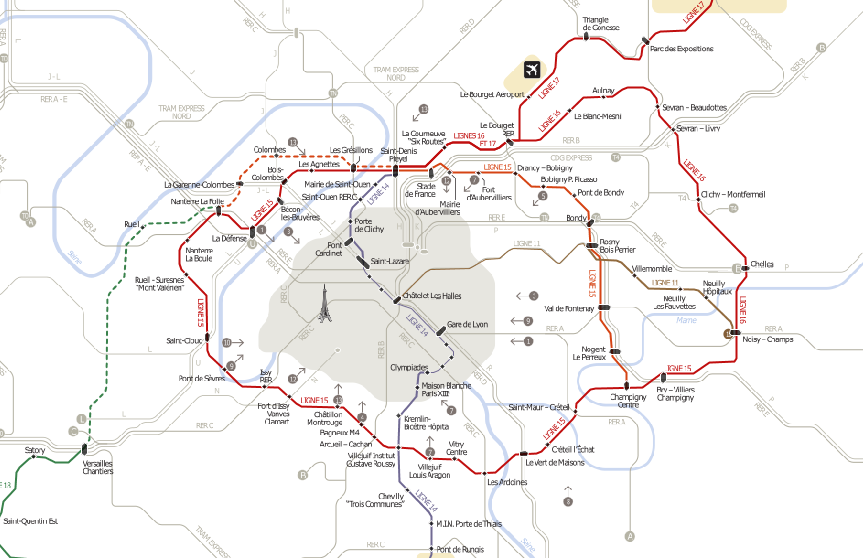 The Régie Autonome des Transports Parisiens (RATP) is putting a record $1.9 billion into the Paris transportation system, part of a five-year plan that will upgrade and update the system to the tune of 8.5 billion euros.

Since the Paris Métro opened in 1900, the subway system has become the second-busiest on the continent, serving 14 million passengers a day—or about 1.5 billion passengers a year. Still, the system has been dogged by complaints, and this year, it was the subject of a class action lawsuit brought by a group of riders whose spokesman said the “whole network” is a “19th century transport system that is not fit for the 21st century.”

The long-simmering Grand Paris project, which is aiming for a ten-year redevelopment and improvement of the transportation system around Paris, will see 417 million euros spent in 2016 to renovate several Métro stations in the city and ready them to connect to the 15 train, a new line that will circumscribe Paris. Not slated to open until 2030, the 15 will bring the banlieues closer to the city proper, alongside lines 16, 17, and 18.

The four new lines of the “Grand Paris Express” will also join extensions of the 11 and 14 trains; among other improvements in access, the 14 and 17 specifically will provide direct Métro access to Orly and Charles de Gaulle airports, meaning travelers who plan their last night in Paris poorly and end up still drunk the next morning will be able to pass out all the way to Orly instead of transferring from the 4 to a shuttle bus where they will have to stand swaying for a half hour.

It should, at the very least, reduce mounting pressure on the RER lines.

The remainder of the $1.9 billion will revitalize and replace the trains used by the Métro and upgrade the informational systems used by the RATP, as well as the usual yearly wear-and-tear repairs on the trains, stations, and infrastructure.

In the meantime, Mayor Hidalgo’s all-electric Bluetram began its cross-Paris service today, timed to perfection with the ongoing COP21 conference in the city.