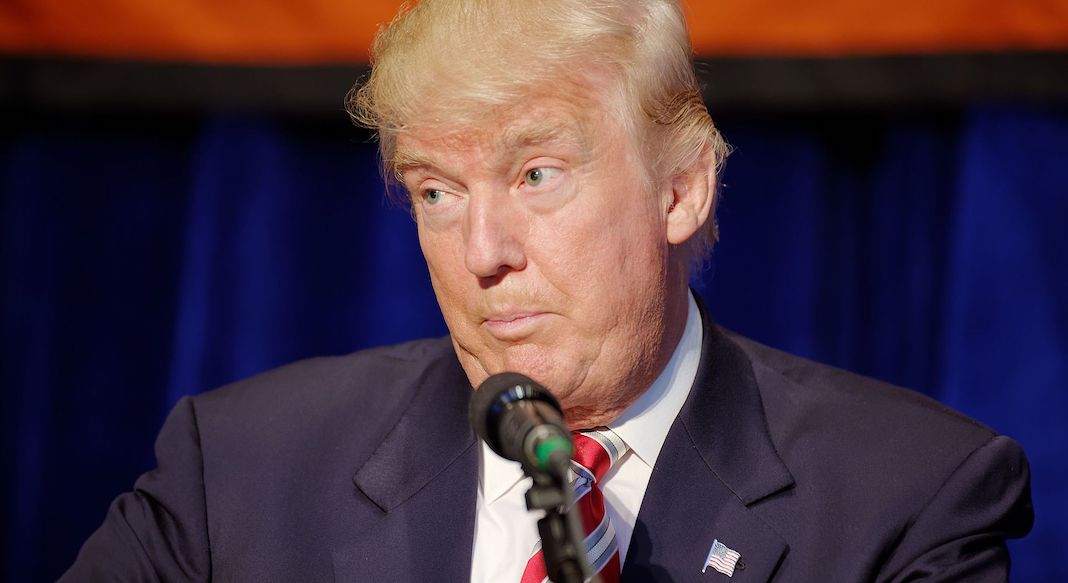 Emmanuel Macron and Donald Trump won’t just be working side by side during the American president’s trip to France for Bastille Day. The two men, their wives, and their entourages will have an evening in the Michelin-starred restaurant, le Jules Verne, on the second level of the Eiffel Tower.

Of course, Trump—as a particularly picky eater—might struggle to find something he wants to eat at this restaurant, which serves some of France’s finest haute cuisine. Trump prefers KFC buckets to roast chicken, and 1,000 island dressing to balsamic.

The foodie site Grub Street has looked at the menu Alain Ducasse, the chef at Jules Verne, is proposing, and reported that Trump will be eating blue lobster and caviar. Macron’s refusal to take Trump to McDo is a bit like the culinary version of Macron’s crushing handshake with Trump when they first met at the G7. “The question on everyone’s mind,” muses journalist Chris Crowley, “Will Trump ask for ketchup with his caviar?”

The Washington Post took another perspective, suggesting that despite that delicacies on the menu, Macron has not chosen the best for his American guest: “But at the same time, Le Jules Verne, despite its symbolic status as a restaurant in the Eiffel Tower, bears only one of the three Michelin stars possible for restaurants of its caliber to earn. Other restaurants in its price point carry two or three stars.”

For Trump, it probably won’t make a difference how many stars the restaurant has. Reacting to The Local’s publication of the menu, New York Times journalist Maggie Haberman, who covers the White House, noted in a tweet that these types of sophisticated, elegant platters are not to Trump’s liking. USA Today has another idea for why Macron invited Trump for Bastille Day and to a restaurant full of foods he’s never tried: “But maybe Macron is hoping to get Trump, set to visit for Bastille Day celebrations, to try something new and to come back to the Paris climate deal, in one go.”

Newsweek has taken a particularly grim view of the dinner, saying “for [Trump] it could be a nightmare.” It’s true, Trump’s diet is more that of a 15-year-old boy going through a growth spurt than a president. “Staples of the Trump diet include steak charred to a crisp doused in ketchup, a steady stream of Diet Coke and, at least on the campaign trail, heaps and heaps of fast food—McDonald’s and Kentucky Fried Chicken, especially,” reports Tim Marcin.

Besides the food, the company will be strange. Trump and Macron are certainly not friends, having had several brush-ins of trying to out-male each other.