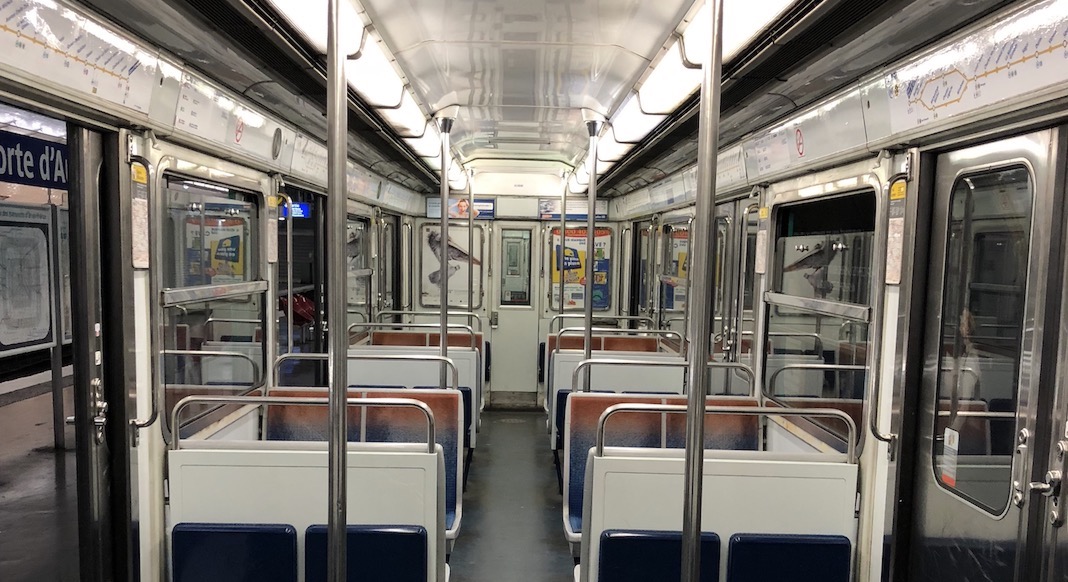 Visiting Paris obliges taking the historic Métropolitain for speedy travel from quartier to quartier, particularly for tourists with tired feet. However, Paris was one of the last major cities to successfully construct and open its iconic subterranean transit system. The entire ordeal began with the World’s Fairs of the 1800s.

These grandiose events drew enormous crowds, intended to generate high levels of revenue. While fast-selling tickets might bode well for profits, transporting the masses from one pavilion to another proved no simple task and the congested city was insufferable.

Following the construction of the Eiffel Tower, citizens groaned – if France could build a marvelous yet useless metallic tower, couldn’t they put a train underground? With that, plans began…with a deadline of the 1900 Exposition Universelle.

Fulgence Bienvenüe, the granddaddy of the métro, concocted the plan for Paris’s proposed subway. His outline of what eventually became Ligne 1 directly related to the 1900 World’s Fair: it linked the various exhibits together in order to make a efficient and practical parcours of the upcoming attractions. Construction began in 1989 and the first few lines were completed by July 1900. From then on, expansion continued and now, Paris benefits from 14 different lines serving the metropolitan and surrounding areas.

Gaining ridership was less than simple, for citizens feared descending downward. Finding it more hellish than heavenly, it led to the metro’s macabre nickname of “nécropolitain.” To combat such fears, the railroad company hired an artistic director Hector Guimard to render the unknown (and eventually, the banal) beautiful.

Guimard drew inspiration from art nouveau styles to design his doorways to the deep, featuring curves and organic shapes found in nature as his point of departure. He hoped to create spaces that enhanced and blended in to Paris’s existing architecture. Responsible for 154 signposts and entrances, only 83 remain today, an emblem of any Parisian landscape.

The interiors didn’t escape careful attention either. By using electric lights and white tiling, the metro managed to escape the fate of London’s early underground: dirt, grime, and poor visibility. With a surprising burst of forethought, colorful tile borders, initially meant for decoration, became the ideal posting place for publicités – advertisements – and remain in use today.

As with any city, a certain rider protocol exists beneath Paris. In fact, the RATP published a retro, illustrated guide to proper metro etiquette. An example? Given the lack of air conditioning, riders are asked to channel their inner penguin come the summer months, keeping arms down rather than up when holding on to supports. Check out some of the other amusing drawings and suggestions here.

Beyond common sense, the métro has a couple other particularities that tourists should know. First, hold on to your ticket stub for dear life. If you cannot prove that you paid your fare, you may be asked to pay a fine in cash upon exiting the métro. Keep your eyes peeled for the green-suited contrôleurs who have the right to ask for proof of passage before letting you escape. Furthermore, be assertive. Some train doors won’t open by themselves – you must confidently release the latch upon arriving at your stop.

While the doors may not open independently, they certainly will close! Running onto a train after hearing the buzzer may result in caught clothes, bags, or worse, jammed fingers. A well-known advert featuring the so-called mascot of the RAPT reminds travelers to stand clear of the closing doors.

Over time certain stations have opened, closed, and even reopened…but a few remain mysterious. Known as ghost stations, these stops, while closed to the public, have managed to generate a high level of curiosity amongst riders and urban explorers.

Two stations in particular were constructed but never officially opened. Porte Molitor, located in the 16th arrondissement, now serves as storage space for unused trains. Haxo, most peculiarly, has no access to the surface: its entrances were never built. While it might open with future line consolidation, it remains empty…though graffiti from dexterous explorers adorns its tile walls.

Another station, Arsenal, lives on as a practice area for new conductors. A few creative artists have suggested turning the space into a swimming pool or sculpture gallery. One can glimpse the entrance of the station in the 4th arrondissement.

Porte des Lilas, a well-used station, has a secret double life. While one platform sees the scurry of city dwellers, its second platform was shut down during the war. While defunct, whenever a director calls for a scene on the metro, the Porte de Lilas stop sees lights, cameras and action. Spot it in the French classic “Amélie.”

Perhaps the most famous example is the Croix-Rouge station on Line 10. Intended as the line’s terminus, it is the only ghost station the RATP has never repurposed…at least, not for practical means. Shut down in 1939, it has been the haven of taggers and artists alike. In the 80s, one such artist covered the walls with images of the beach; in 2007, it became the promotional site for the Bibliothèque Nationale de France’s exposition “Eros au secret.” As trains still pass through this station, albeit at high speed, a deft eye might catch a glimpse of some such exhibition during the 6-second flyby.

For those enthusiasts looking to experience both the modernity of the métro and its rich, historical past, check out these tours of the “petite ceinture” or first railway track around the city.