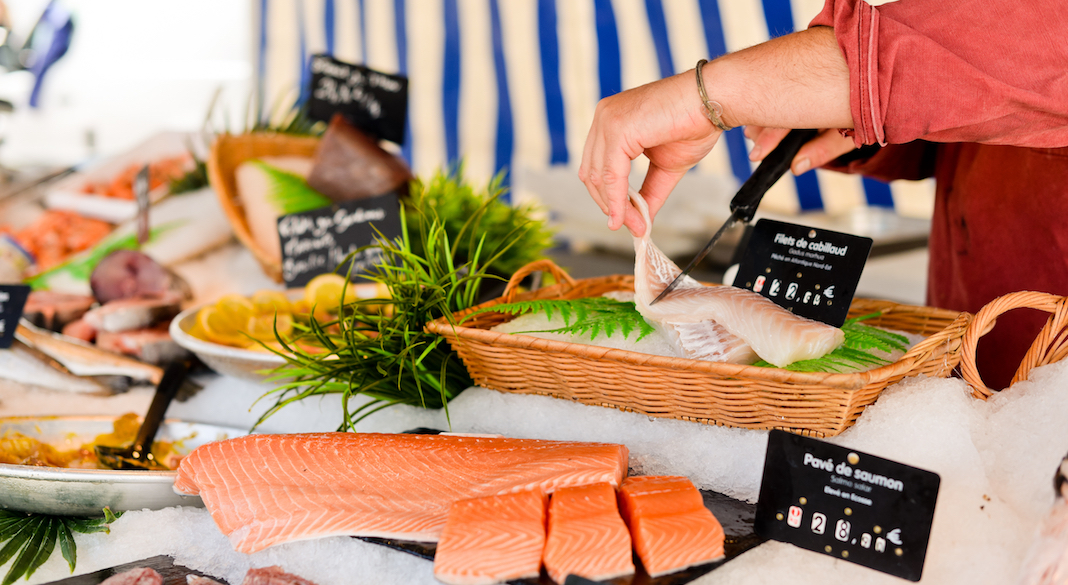 Marseille Is Hosting An All-Year Festival On Provençale Food

After having been named the European Capital of Culture in 2013 and the Capital of Sport in 2017, Marseille is back in the spotlight, this time with a focus on Provençal cuisine. Officially launched on March 21, the region’s latest event, Marseille Provence Gastronomie — with a budget of 4.7 million euros funded by the city’s regional department and private partners — includes more than a thousand events in 70 cities from now until the end of December 2019: gourmet markets, picnics, meet-and-greets with chefs, festivals, concerts and exhibitions about the kitchen.

Other highlights include the transformation of Marseille’s rue de la République into “rue de la gastronomie” with pop-up shops, a culinary library, and workshops; a large Provençal banquet on the urban farm Talus; the largest Michelin-starred cooking course in Le Vieux-Port; dinners in the unusual places and even a pizza festival. “The backbone [of the event] is about living well together. Food is above all a moment for sharing,” emphasizes Martine Vassal, a member of the Les Républicains party and the president of the Bouches-du-Rhône area council and the Aix-Marseille-Provence metropolitan area. “My mother was a very good cook: she was able to recreate a dish just after tasting it.”

The idea of promoting the gastronomic talents of the region did not come by chance in Vassal’s mind, eager to “highlight everything that is good in our region.” It is undoubtedly also an opportunity to silence some of the Marseille bashing, which came back in force after a tragic and deadly building collapse on the city’s rue d’Aubagne in November 2018. “We obviously have to work to ensure that this does not happen again, but that doesn’t mean that we should say that we have nothing to cherish. We are at a bit of a turning point in our history, and we have all the tools to succeed,” says the potential candidate for the 2020 municipal elections.

So be it. But why on earth choose bouillabaisse and aïoli beacons of hope and pride? “Provençal gastronomy is the best in the world, especially because it’s not fatty. And Marseille’s cosmopolitanism contributes to the richness of our cuisine,” explains Vassal, who sweeps away our doubting questions by reminding us that the Bouches-du-Rhône is France’s leading fruit and vegetable producer, with more than 5,000 farms representing 18,000 jobs.

A fervent defender of the region, the three Michelin-starred chef Gérald Passédat did not hesitate to sponsor Marseille Provence Gastronomie. “It’s a deserved reward. Our cuisine is relatively unknown. It has long and rightly been criticized. But times have changed and I hope that this event will further strengthen our new culinary scene,” explains the chef from Petit Nice, who created the Gourméditerranée association in 2012 to promote the talents of the southern city. To continue on this path of promotion as well, Marseille Provence Gastronomie also relies on the Goût de France operation, organized each year by the Ministry of Foreign Affairs to promote a French region. This year at the end of March, Provençal chefs went to 5,000 restaurants in 154 countries to prepare meals. Passédat himself went to New York for a charity dinner at Le Bernardin.

It’s difficult nonetheless to assess the impact of the nine-month culinary festival on tourism and the local economy. “We hope for as much as we can,” says Vassal, without any further specifics. In its year as the designated European Capital of Culture, Marseille attracted 11 million visitors with an estimated impact of 500 million euros. Will poutargue and pistou be able to do better?

This article was written by Audrey Emery and published in French on Le Point.