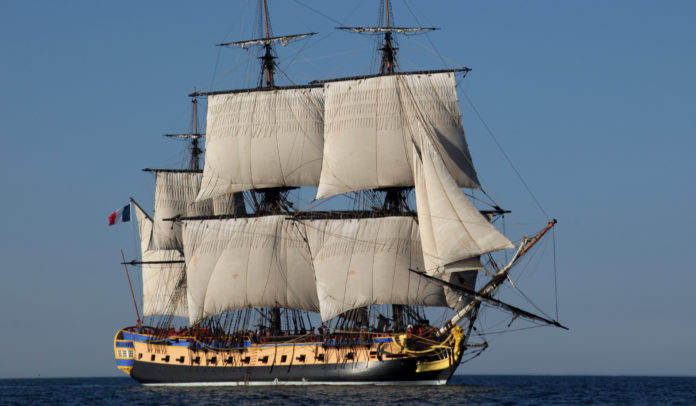 235 years after Lafayette’s ship crossed the Atlantic to aid in the cause of the American Revolution, a replica of the Hermione is on its way to the United States. It will make several stops in the Americas, including a July 4th sail past the Statue of Liberty.

The frigate has been under construction for 18 years in Poitou-Charatnes, France and left on Saturday after a send-off from French president François Hollande and Ecology Minister Ségolène Royal. Hollande took a tour of the boat and called the journey “historic,” while President Obama sent a letter wishing a “bon voyage” to Hermione’s crew. Tens of thousands of curious onlookers gathered in Fouras despite the rain to watch the ship take to the open ocean at around 10pm local time.